Why Saudi Drivers are not Smiling 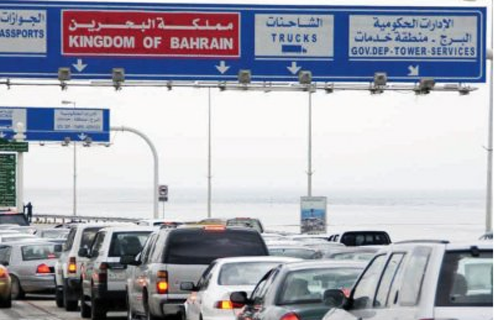 Traffic cameras are often a contentious issue. They purport to improve road safety—there are studies which show this—but they also offer a temptation for governments to use them to generate cash to supplement ailing budgets. To add to the contentiousness in Saudi Arabia,where a traffic camera system called ‘Saher’ was put in place last year, they’re also causing disputes between drivers, mostly from foreign countries, and their employers. While the fines themselves are relatively small, they’re huge when compared to the monthly salary of a third-world driver. And, of course, if they are the employer’s duty, then they add to the expense of having a driver.

JEDDAH: The introduction of the Saher traffic-monitoring system last year has further damaged the already troublesome ties between household drivers and their sponsors.

With many drivers raking in huge fines, the question of who is responsible for paying is a contentious one. Some families resort to extreme measures and deduct fines from their drivers’ meager salaries. Others warn their drivers not to speed and pay the fines themselves.

As a result, many sponsors are in a dilemma — every time they hear an SMS notification beep, they worry it might be another Saher message informing them of a violation. Some sponsors feel sorry for their drivers who sometimes collate fines of up to SR1,000 a month. Others blame their drivers for not keeping to speed limits and looking out for speed cameras.
…

It’s not just traffic cameras that are affecting Saudi drivers these days. Arab News also reports that road traffic across the King Fahd Causeway to Bahrain has fallen by half. That should speed the trip, however…

Traffic across causeway drops by half

Still in Arab News, there’s the report on Saudi Grand Mufti Sheikh Abdul Aziz Al-Asheikh and his statement that the doubling of traffic fines if they are not paid on time constitutes the religious sin/crime of riba or usury. I find this most peculiar. Usury is a term applied to commerce, usually in the context of interest on loans. Historically, it has been understood that way since the Old Testament, into Christianity, then in Islam. Judaism and Christianity shifted their definition of usury from a total ban on interest to a ban on excessive interest, as defined by various laws.

The doubling of traffic fines is not in any way a matter of interest, it is a matter of escalating punishment. Incremental punishment is not a strange concept. A second-time offender often faces harsher punishment than a first-timer. The doubling of fines is punishing the person who doesn’t take responsibility for his actions at the first occasion.

He may have valid claims about how the Saher traffic camera program is implemented and how Saudi road signage might be improved, but his argument that increased fines is the same as riba leaves me puzzled.

JEDDAH: The Kingdom’s Grand Mufti, Sheikh Abdul Aziz Al-Asheikh, has reiterated that doubling traffic fines amounts to taking riba (usury), which is unlawful in Islam and that the traffic department should find other ways to punish violators.

“The system is wrong because demanding double the actual amount if it is not paid in a month is nothing but riba,” the grand mufti said while answering queries on religious topics at an event held at Riyadh’s Imam Turki Mosque on Friday.

On an earlier occasion, Talal Bakri, a Shoura council member, demanded the suspension of the Saher system until a royal decree is issued. Bakri also condemned the system as usury.