Better Than The West: An Immigrant’s View of Saudi Arabia 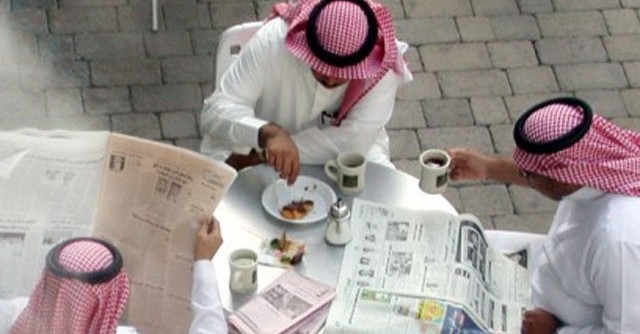 Living in Saudi Arabia, the second largest sand desert on the largest peninsula in the world hasn’t been ‘the hoot’ I thought it would be—though it has its moments. The weather varies from ‘hot’; to ‘incredibly hot’; to ‘really hot’ to ‘uncomfortably warm’ with a possibility of getting hotter under overcast skies.  This is no surprise—since longitudinally, my sandy domicile has climatically the same sunny disposition as the largest sand desert, the Sierra in the hottest country in the world– the Sudan. Rain, which most often occurs at night in the desert-scape, is usually sparse and laden with the grit from the dusty winds that leaves a soot-like film on windows, cars and walk-ways. Saudi Arabia has no rivers or forest or benefits of connecting with them through mountains and landscapes that harbors such ecosystems. Living near the sea sometimes only means energy sapping humidity reminiscent of the kind of heat produced in a Laundromat dryer with a wet quilt.

Admittedly, I moved to Saudi for religious reasons but the unadvertised bonus for westerners living in the country is that the many Saudis wish they were a westerners (that is being from ‘any place but here’). They have this uncanny sense of inferiority about themselves (and culture) that appears to be very similar to what US blacks used to feel being told that whites always had a historic role in world shaping events and they merely carried the luggage ( see Brown v. Board of Education, 347 U.S. 483 (1954) for the usually flag waving ‘nay’ sayers).

The first choice is American. Their admiration of them (as most of the third world) is like that of a pubescent girl in awe of a ‘bad boy’.  When they find out you are one, they go out of their way to invite you to things like dinners, weddings and even the occasional desert road trip with friends and relatives. Riyadh Saudis, who appeared to be more refined than their Jeddah counterparts, tend to be more big-hearted than most—not to say that there isn’t an ulterior motive or two on the back burner of it all– like sometimes they just want to learn English without paying institute prices and every blue moon or so they get pretty curious about how easy is it to get American citizenship or whether prostitutes can really starve to death in a US college town. Some chuckle with bemusement when they find out that Saudis have more rights as visitors in the US than US nationals have living and working in their country. I find that funny too.

The Saudis have such a high regard for westerners in generally that going to some public places without a neatly press white thobe (long white dress) and traditional head gear—(social frown upon if a Saudi did it) is looked upon with extreme tolerance by most Saudis.

This is a good thing because most westerners, unfamiliar with the decorum of dress, can be easily identified because their usual attempts to wear traditional garments—particularly having been in another Arab country where the dress code isn’t as formalized (such as Egypt and Morocco), without fail will choose the comfortable apparel sold cheaply everywhere as suitable casual attire; unaware that to the Saudi locals, these seemingly colorful examples of continuity in the mideastern fashion sense, are considered pajamas or the equivalent of walking on the street in your underwear. One Saudi who found my appearance at my neighborhood Masjid (not ‘mosque’, a colonial corruption of the word) in my short sleeve Yemeni gown so infuriating he said to me with a stern voice: “I love you for the pleasure of Allah”. At the time I was sure the declaration was code for ‘how dare you come to the Masjid in your underwear during Ramadan—have you know shame!’ I wondered now what pearls would have been harvested from this Saudi maven if I had worn over-sized bunny slippers like my daughter wears.

Despite the invariable weather, living in Saudi Arabia is like living in Las Vegas without the CSI technology; living in Los Angeles as an illegal alien and living in Utah if all of a sudden the Mormons never existed. Most people get caught up with what they are told not to do—but really the benefits of living Saudi are a result of it. Since I don’t drink and have sex with strangers, it is hard for me to get upset when someone passes a law that says I can’t.

Relatively to every other place in the world; there is no crime, no drugs, no STD epidemic (or open sanction of such behavior thereof). There is no secret police monitoring behind closed doors behavior. Homosexuality as well as other behaviors deemed serious moral infractions are essentially a “don’t ask don’t tell’ proposition and have been so since the advent of Islam: as long as you don’t assert your right to walk about in ‘drag’, it is between you and God. This view of law enforcement goes for most crimes considered struggles against one’s soul.  A characteristic of a good Muslim is someone who minds his own business.

You can change lanes on most highways without signaling and not get a fifty dollar ticket (about two hundred Saudi Riyals—although I am sure lack in the traffic safety laws factors into high auto fatality rate). Gas is cheaper than water (and Pepsi); buying a new car is a whole lot cheaper than buying a three bedroom house in a bad neighborhood (a fact untrue in the west) and the evil empires of the HMO’s and the credit bureaus are not part of the nightmare of your miserable; ‘managed’ existence—since they don’t exist either. Even if you miss all the MBC Action Channel drama your third world friends and acquaintances seem so envious of (like drive-bys and ‘Big Brother’s’ covert and overt perpetual ‘war on terror’ to protect “Airstrip One” plot-variations starring a scantily clad blond), I prefer my children are raised in a place where the ‘excitement’ only happens via satellite rather than my neighborhood street.

At present, strolling through the streets; being leered at by the self appointed” thought police’ in my underwear and being gossiped about in a language I don’t understand (after fifty years of living in the wild-west) is enough of a thrill for me.

Dedicated to the American Bedu