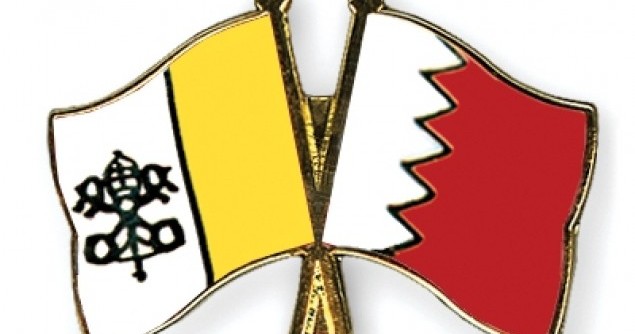 The Lebanese newspaper The Daily Star notes that the Roman Catholic Church is moving its operations center in the Gulf from Kuwait to Bahrain. The office, the apostolic vicariate as the article informs us, is moving to take advantage of Bahrain’s more central position in the Gulf.

The article also notes that the vast majority of Catholics in the Gulf reside in Saudi Arabia. This isn’t really surprising because Saudi Arabia employs the highest number of expatriate workers. Still, stated bluntly, it catches the eye. It also helps explain why the Catholic Church has worked to improve its relations with the Kingdom and to cooperate with it on many interfaith efforts.

VATICAN CITY: The Vatican is to move its representation in the Gulf from Kuwait to Bahrain to facilitate the organisation of regional meetings of Christians, its regional head announced Friday.

“Bahrain is more central, since it is between Kuwait and Qatar and facing Saudi Arabia,” Bishop Camillo Ballin said in an interview with Radio Vatican.

It is also easier to get visas for the Bahrain archipelago than for Kuwait, said Ballin, which “facilitates organising meetings between priests and Catholics from other countries.”

The Gulf seat is known as an apostolic vicariate, a base for the Holy See in countries where there is no diocese.

According to Vatican estimates, around two million Catholics live in the Gulf, the vast majority in strictly Muslim Saudi Arabia. Most are immigrant workers from the Philippines, India, Bangladesh and Sri Lanka.