Back in Beirut: Food, Friendship and Stunning Views 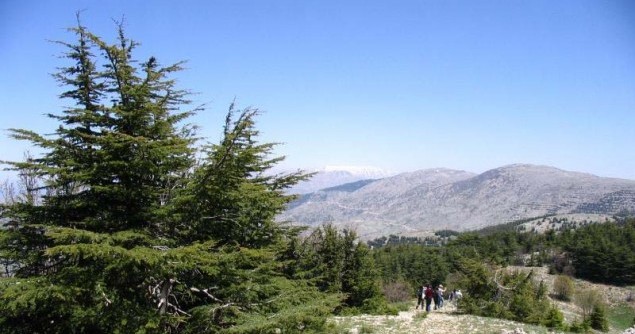 The Salim Slam tunnel is arguably the most polluted place on earth. Well, apart from the Aral Sea. It’s a brilliantly designed long road tunnel that crests a hump and has no ventilation so the concentration of exhaust fumes literally forms into billowing, choking clouds of noxious grey gases. I’m stuck in the back of a hot taxi with cracked leather seats, no AC and the windows open as we hit the traffic jam. As usual, I held my breath as we entered the tunnel, a 47 year-old man playing an eight year old’s game of holding my breath until we get to the other side. As we draw to a halt, I realise I’m about to fast track my way to a powerful hit of carboxyhaemoglobin. And I don’t care. I’m back in Beirut.

Catching up with friends, wrangling with Virgin (who, like Virgin in Dubai for various reasons of their own devising, won’t sell my books) and generally mooching around the city take up my time, but I still have time to finish editing the last few pages of Beirut – An Explosive Thriller and send it off to its editor. I hadn’t planned to finish Beirut in Beirut, but it’s worked out that way and I am glad. I’d just like to say thanks to the Ministry of ICT for the awful Internet, which went down totally for a day and more. A nation offline, but a man with nothing to distract him from editing!

Sara, Eman and I went for lunch to one of my favourite places, the Cliffhouse restaurant in the tiny village of Shemlan up in the Chouf overlooking Beirut. The traffic in Hamra is broken and we spend an hour in hot, snarling lines of lane-swapping, jostling cars and vans. More mad traffic on the Saida road and then we’re free, breaking upwards into the cool, clean mountain air. We’re much later than we’d planned, but never mind. A seat by the open window and sunny warmth, beige stone walls and the sound of music, chattering and argileh soothe. A quick toast to absent Michelines and we start to tuck into the plates of food pouring out of the kitchen in a tide of riotous colours, the dark red muhammarah, the creamy houmous piled up around little pieces of grilled lamb, the fattoush. Ah, you know.

Then sitting back with chai nana (and an argileh nana for part time caterpillar Eman) and full stomachs, enjoying the breeze and the sight of Beirut turned golden by the waning afternoon sun. It really doesn’t get much better.

GeekFest Beirut in the evening. I love The Angry Monkey, from its daft logo to its wireless internet. The Alleyway is literally that and the peeps at the Online Collaborative have set up a stage there. Something like four hundred people pitch up, a big cheery crowd of lively, chattering geeks spilled out onto the busy thoroughfare of Gemmayzeh, Rue Gouraud. The talks are talked, the fashion show is catwalked – both are enjoyed by the crowd, hands in the air clutching mobiles to snap the occasion. It’s all impeccably done, if a tad hot out there. Four hundred beaming geeks is a lovely sight…

I take refuge in the air-conditioned Angry Monkey where later on the bands excel themselves, combining with pints of 961 to induce a warm, happy perma-grin.

GeekFest Beirut 5.0 was the most ambitious, diverse and stunningly put together event that has ever been held under the GeekFest name. Darine, Mohammed and the team produced something wonderful, a community-driven event that was slick, diverse and gloriously exuberant.

And so to home. I do so very much like Beirut..