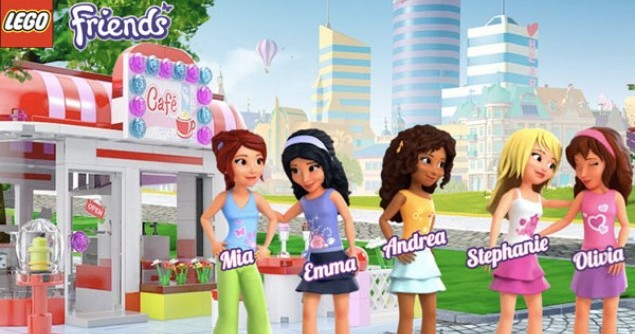 During Eid celebrations, I watched little boys and girls play with their toys. The most popular were a pink buggy for wheeling around dolls, a toy vacuum cleaner, and of course a football.

I watched the children with a sense of pride as they disproved gender stereotypes about which toys to enjoy.

I too used to break stereotypes. I loved racing my Scalextric cars through the chicane. But I also had dolls to cuddle. I was desperate for the one you feed water, who then wets her nappy. (I have a real one of those now.)

Toys are important to children for both enjoyment and cognitive development, and different kinds of play develop different abilities. So it’s crucial that children are exposed to as challenging a range of toys as possible.

Today, girls’ toys are princess-y and pink, while boys’ toys are blue and about construction or explosions. Toys that cross the divide and appeal to both genders are rare.

However, there is now a great push among feminists – and some parents – to erase the division. This campaign for toys to be less divided into “pink” and “blue” is slowly gaining momentum. Harrods recently followed Hamleys in dispensing with the traditional gender separation, sorting their stock of products by themes instead.

Given such trends, I’ve been flummoxed by the news from Lego – a toy clearly capable of crossing gender divides – that a range they brought to market last year, aimed just at girls, has far exceeded their expectations.

Lego Friends is all pastel colours and fashionable figurines, curvier, thinner and with back- stories – one of them, for example, is a fashion designer. One item in the line is a beauty salon. The boxy little yellow Lego man I grew up with – remember his clip-on hair? – is no more.

I’m keen for my young daughter to avoid the “pinkification” of toys. I want her to build complicated Lego airplanes, not take a curvy character to have her hair done. I want her to get the full technical challenge of Lego.

The company developed the range after extensive cultural studies, they say, to meet the needs of the way young girls play. But if “pink” is all that girls are exposed to, no wonder this is what they seek out. It is this entrenched expectation that we need to change.

If boys are more exposed to mechanical toys, careers in science become a boys’ thing. And girls limited to caring for dolls or playing in a toy kitchen will become nurses, carers and cooks.

Toys are part of a child’s invisible trajectory to adulthood. Let each child be free to discover her, or his, own potential.