At Last: A Saudi Ban That’s GOOD News for Women 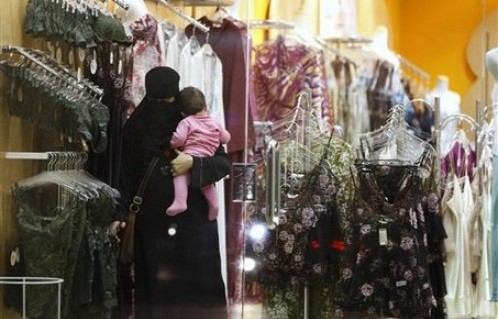 King Abdullah passed a historic ruling on Monday, 06 June, stating that men will no longer be allowed to work in women’s lingerie stores.  At first blush this may not seem like a big or historic ruling but when factored in to the bigger picture this ruling has resounding implications.

Saudi Arabia is a country known for its conservatism and where segregation of sexes is viewed as normal rather than abnormal.  For example, in a Saudi family which observes the custom of segregation, a woman is only allowed to freely mingle and speak with her father, grandfather, uncle, sons, husband and brothers. Yet in spite of the cultural tradition of segregation, it was legally acceptable for unknown male sales clerks to sell intimate undergarments to women where women had to reveal details about themselves such as body measurements or cup sizes.

Some of the male sales clerks would be professional and respectful while serving the needs of a female client.  Many, sadly, were not.  I never encountered a Saudi male lingerie sales clerk and I’m not sure if there were any.  The majority of these lingerie sales clerks were expatriate men on “single” status job contracts meaning that even if they were married their visa made them ineligible to bring their family to the Kingdom with them.

Now selling lingerie in a segregated society to both Saudi and expatriate women was viewed by some men deprived of contact with women as the ideal dream job.  Rather than being a professional they would approach their client (victim?) with a lewd grin and seem to have eyes which were able to see through the opaque fabric of an abaya to the most intimate details of a woman’s body.  How could they discern from an over-the-head shrouding and billowing abaya that she was a size 6 or a size 16?  Somehow they just knew.  Whether she wished to be served or browse randomly through a store, the sales clerk would be trailing behind her with offerings of what HE felt was appropriate for her.

Yes; it is a historic ruling that men will no longer be allowed to work in women’s lingerie stores.  Finally a woman will not be forced or pressured to shop at the more exclusive and expensive ladies only malls.  She’ll have more choices.  Better yet, this further means ADDITIONAL JOB OPPORTUNITIES for women!  King Abdullah’s ruling will create several thousands of jobs for Saudi women and reduce the growing rate of unemployment among women in the Kingdom which is currently at 30 per cent.

Replacing male lingerie clerks with female Saudi clerks is a clever and strategic part of implementing “Saudiazation” where Saudi nationals replace expatriate workers in the local job force. Saudi women gain countrywide employment opportunities and female expatriates or expatriates with family in the Kingdom are winners with this ruling.

Another factor with more jobs opened for Saudi women is the issue of transportation. Is providing more opportunities for women which have them out of the homes be a logical segue for allowing women the right to drive?