Academic Pacing: It Simply Doesn’t Work in the Middle East 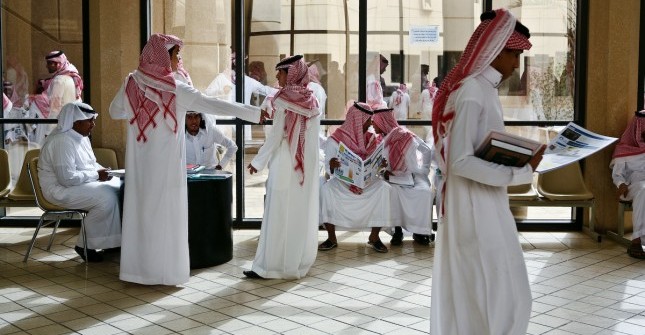 The first time I heard about pacing was when someone was recalling the accomplishments of Constance Clayton, Superintendent of Philadelphia Public School in the 1970’s and what she did to better the plight of Philadelphia school children. Pacing —as I understood it at the time, kept all Philadelphia school children in the same grade studying the same thing at the same time. This meant a family could move from one part of the city and enroll their children in any public school and still be in ‘pace’ with the learning citywide.

Under the rationale of pacing, I believe Clayton was allowed to increase federal funds to black neighborhood schools and keep affluent portions of the city (which at the time were white) from continuing to benefit from federal funding for better school based programs without going into their own steep pockets.

When pacing was implemented, all public schools were momentarily equally equip and on the same page. Since the assessment they use to rate student progress was a norm reference test (most real Educators in the west know such test are tools for the seedy politicians to argue ‘Education’ with no real student assessment value), the drop in achievement in affluent neighborhoods made scores in inner-city schools appear to improve. Any temporary spikes in the stats due to Clayton’s attempt to level the playing field were probably illusionary at best.

The big problem with pacing is that it doesn’t take into consideration needs of particular population of students. The ‘pace’ of learning is set arbitrarily and in theory can only work if all students come from the same background with the same advantages. No one seemed interested in questioning ‘bell-curb’ testing as a means to advance student learning. Perhaps Clayton, whatever her motives, decided to use the same means to create a wave of promise and high expectation during her tenure.

Pacing in the Middle East

Saudi schools and universities in their institute style zeal to maximize student output (and profits) have resorted to pacing based on time tables suggested by western language program texts. In the Gulf, pacing is used universally to push unrealistic expectations of Arab ‘visionary’ business men and political leaders on student Education.  Like their western counterparts, Education providers see pacing as forging Saudization ahead on the authority of ‘book’ scholarship on the false promise of quick and easy progress. By putting two or three westerners on the payroll to give the semblance of authentic western management and staffing, these schools maintain a staff of mostly bilingual Arab teachers grateful to work for a fraction of that of a native English teacher. As if schools and colleges were the human equivalent of assembly line manufacturing, in the many places in the Gulf, ‘the pace of learning’ is set by people only interested in appearing to be successful without knowing their job or whether the product works. Business managers run the show with no experience or knowledge of Education or training methodology.

As a curriculum designer, my rudimentary process of designing a purposeful lesson is to keep things simple; divide the learning into short; manageable tasks that can be sub-divided in even smaller tasks to teach the student a collection of skills that he can immediately use and practice in class and at home. For instance, if I wanted to teach someone how to make a cup of tea, it would entail being able to understand and perform the task myself. I would then divide the task into steps and discern the skills or/and actions necessary to accomplish each step (—which in America, we call standards). Putting this all on paper is no easy matter and selling the logic, logistics and the usefulness of a skill based curriculum often isn’t a cake walk either. The real problems usually comes in when the Arab employer wants the whole thing to conform to a text book he thinks is appropriate on a timetable that only makes sense to a fruit fly.

Skill comes from the textbook and not from the skilled is how many school owners and government big shots define Education. Like anything else, the less time it takes to perform the service, the less overhead and the greater the profit. Though many of the textbooks used have merit for second language acquisition, the drudgery of rapid pacing only allows for teaching to the text. Student centered learning and any learning style adjustments tends to be cast off for the sake of maximizing book based exams (to my knowledge Gulf Arab Education ministries have not developed tailored standards; competencies or standardized tests to assess Arab student achievement) .

To this end, I have often been asked to design programs that compress a year’s worth of Education into half or a third of the time with students who have no formal school experience. For the student and teacher, it is the equivalent of being water boarded. Rather than admit it couldn’t possibly work (due to the same reasons it didn’t work in Philadelphia), pacing students through the material is the popular solution of the project manager or the savvy school owner. If the student doesn’t learn, the teacher or textbook is simply to blame–hence changes in the way things work is unlikely.

Now according to the literature of studies and people who say they know, this has something to do with trying to adapt the structure of religious or Islamic Education to a European secular Education system. Arabs in the Gulf societies being originally hunters and gathers, whom before and after the advent of western intrusion into their cultures, preferred oral rather than written transmission of knowledge; their struggle to maneuver the global business and cultural landscape.

Of course this explanation puts the blame of the despicable state of Education in the Middle East squarely on the ‘inflexible’ religious nature of Arab culture (though this wouldn’t explain the remarkable discoveries and advancement of non-Middle East Muslim societies) ‘and their primitive ways’ without attributing any responsibility of the past colonial Education policies and its manipulation in Arab affairs and society or the contemporary predatory Education concerns wandering the East whom are merely content to sell the Arab what he wants rather than what he needs. What is most disheartening in this scheme of circumstances in the Gulf is that no one (including the national) seems at all concerned about the future of these fledgling Gulf societies or how their insatiable appetite for temporary gains may impact the long term quality of life or the environment.

At this rate, one day the societies of Saudi Arabia and it neighbors will be like the Red Sea—a place poisoned by neglect and the pollution cause by greed.