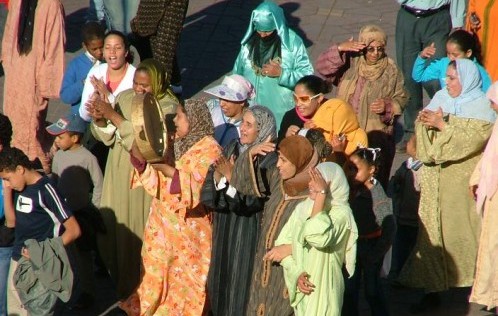 Under current Moroccan law, abortions are only allowed with a husband’s consent in order to save a woman’s life or maintain her physical or mental health, meaning that unmarried women could not legally have an abortion. Now this is set to change.

A top aide to Morocco’s prime minister confirmed that the leader would support allowing abortions in the case of rape or incest. The aide explained in an interview that such a law would address the high number of illegal abortions in the country, as well as single mothers living in poverty. The new government’s position is a sharp change from the party’s previous stances on abortion-related issues.

The new direction will also enhance the Prime Minister Abdelilah Benkirane’s claim to be a moderate and allay the fears of those who thought an Islamist party would be much more socially conservative. It follows on from his declaration that he had no intention of enforcing a conservative dress code. It is early days, but the signs are good. Benkirane’s moderate Islamist Justice and Development Party (PJD) took the most seats in the November 25th parliamentary elections

The prime minister, will lead a broad coalition. Benkirane’s movement allied with three other parties close to the palace, and the king still retains veto powers over some decisions. Four other posts were directly appointed by the palace, including religious affairs. Both the Foreign Ministry and the Interior Ministry have also been assigned “minister delegates,” with ties to the palace that may challenge the power of the ministers. For instance, Saadeddin al-Othmani, the number 2 of the PJD and the new foreign minister, will have to contend with minister-delegate Youssef Amrani, who was a top assistant to the previous minister.

Abdullah Baha, a top advisor to the new prime minister, dismissed concerns about these new posts. “It is us who wanted him there,”.

Benkirane’s alliance is a politically sound move as it includes with two conservative parties close to the monarchy—Istiqlal (Independence), which came second, and the Popular Movement — as well as the smaller left-wing Progress and Socialism Party.

PJD member Mohamed Najib Boulif, who has initially been strongly touted for Baraka’s role, was named minister in charge of general affairs and governance, putting him in charge of thorny issues such as reforming the burdensome subsidies system.

Saad-Eddine El-Othmani, another PJD member, was appointed foreign minister while Popular Movement leader Mohand Laenser was appointed interior minister.Mustafa Ramid, a prominent lawyer and human right activist from PJD who has often been critical of the security services’ record, was named Minister of Justice and Public Freedoms. This was a win for Benkirane, as part of the six week delay in forming the government was because the palace objected to the appointment. Mustapha Ramid is known for his anti-U.S. rhetoric and defense of terror suspects in court cases.

Bassima Hakkaoui of the PJD took over the social and women’s affairs ministry as the only woman in the 31-member cabinet.