A Rainy Ramadan in Salalah: Of Caffeine, Vimto and Tourists 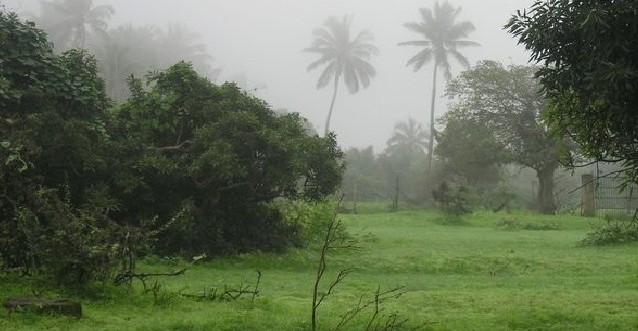 Six days down and approximately 23 more to go if the moon cooperates! Once again Dhofar has been blessed with cool temperatures and a heavier-than-normal monsoon drizzle to help us get through the holy month of fasting.

To be honest, I am not necessarily looking forward to a couple of years from now when Ramadan will coincide with the hottest most humid time of year in the south. Then again, is this something I want to be worrying about now? Probably not. Fasting this year has been quite easy so far.

I have mastered the art of rolling over in bed at four in the morning to switch on the coffeemaker, pressing the snooze button on the alarm, then dragging myself out of bed a few minutes later to sip my coffee in the dark and eat whatever breakfast concoction I have prepared the night before.

By the time I’ve had my dose of caffeine, I am ready to pray the sunrise prayer then head back to sleep for another three hours.

As bizarre as it may seem, my system works quite well. I usually have plenty of energy until about three o’clock in the afternoon when my mental abilities become limited to studying recipes online.

This usually results in my jotting down a couple of ingredients and convincing myself to head to the supermarket to purchase them. I work my way through the mountains of Vimto, crème caramel and other Ramadan specialties in search of the two ingredients on my list.

Half an hour later I am usually standing in a queue of 15 people with at least ten more ingredients than I had anticipated. Every person standing in line is equally guilty.

Food aside, this Ramadan has been busy with tourists here in Dhofar. It seems that many of our annual visitors from the GCC and other parts of Oman would rather fast in rainy Salalah than in their oven-hot hometowns.

At one point, we assumed the tens of thousands of tourists would flock to Dhofar during Eid. Who were we kidding?

In all cases, we are expecting the majority of tourists in August. In preparation, I have booked my ticket to a faraway country for the duration of August to ensure I miss the tourist chaos.

After last year’s mess, Salalah is the last place I want to be. During Eid last year nearly 100,000 tourists arrived in Salalah causing a week-long shortage of petrol, milk, bread, and even accommodation.

Hundreds of Omani families opened up their homes to stranded tourists who had no place to stay. In fact, four of my direct neighbours rented out their living rooms to tourists from neighbouring countries.

Traffic was insane and it was impossible to get anywhere near the mountains due to backed up traffic. To avoid that crisis again this year, it was announced in January that RO15mn would be allocated to improve tourist facilities and services in Dhofar.

Nothing very visible has come of it so far, but I assume we’ll hear of these improved facilities by August. It’s worth noting that a tent complex is being set up at the base of the mountains that will cater to the envoys of tourists arriving by road from various destinations in Oman and the GCC.

From what I’ve heard, this complex will host car rental agencies, housing services, and other facilities required by tourists. It will be interesting to see how that pans out!