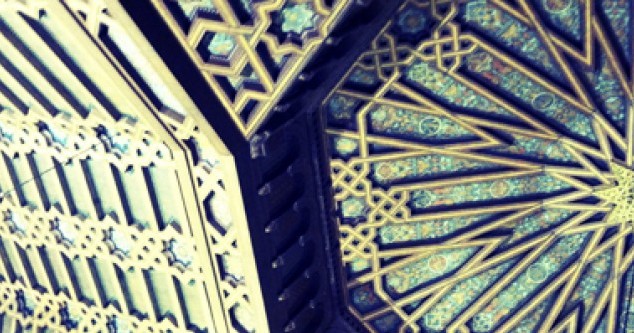 In a world where we all too often end up focusing on differences, we can forget that there are many things that can unite us, whether we are Americans, Brits, Christians, Muslims, Israelis, Palestinians, youth, women or members of any number of other communities.

The British Council’s Our Shared Future project and the UN Alliance of Civilizations have just released a new video series, Journeys of Belonging, that brings to light the common threads that bind people of diverse ages, genders, cultures, religions, ethnicities and beyond. Produced in partnership with the University of Missouri School of Journalism, the series features 114 short video clips in which 17 public figures and young leaders discuss their multifaceted identities, the communities they belong to and the journeys they have gone on to find that sense of belonging.

The paths that these individuals have followed were rarely smooth, and many of the videos reveal the conflicts that now shape who they are. In one clip, Sofana Dahlan – daughter, Saudi, American, social entrepreneur and lawyer, among other things – reflects on the process she went through to figure out that her identity was something she needed to define for herself, rather than something defined by others based on their assumptions of her.

Auma Obama, Care USA’s Sports for Social Change Initiative Technical Advisor, articulates a similar process of self-discovery in another video. As a child, she said, “I constantly asked why.” Obama said that this habit of asking questions about the world around her became one of her defining traits and influenced the person she grew up to be.

Identities and backgrounds can be best understood through storytelling and by looking beneath the surface, which can help us discover shared experiences. Melody Moezzi, an Iranian American attorney and writer, talks about her hyphenated, conflicted identity, and explains how writing has helped her: “I’ve definitely experienced all this tension. I’ve resolved it more on the inside and when I look on the outside, when I write, what I’m trying to do is make other people on the outside understand that. And the more people who aren’t like me understand that, the easier my life becomes.”

It’s tempting to treat identity as a mere label, or a way to categorise people – which can lead to painful stereotyping. Some individuals, however, have transcended obstacles and stereotypes and found strength in doing so. “I was the first Saudi woman that appeared on [the American television channel] NBC,” says Muna Abu Sulayman, former Secretary General of Alwaleed Bin Talal Foundation Saudi Arabia. “At the beginning there was a lot of resistance. But at the same time enough people in society have moved along that I was not completely rejected. The negativity turned into positivity.”

Our world is diverse, and everyone in it – ourselves and our neighbours – have complex identities. The journeys we take to understand these complexities, within ourselves and others, are experiences that we all share, even though we may not recognise them as such.

No one can be reduced solely to being a member of a particular religious or ethnic community. Instead, we belong to multiple communities and hold various roles in them – often simultaneously.

One goal of the video series is to prompt questions that can help viewers think through identity and explore questions, like: How can we best respond to practices and belief systems that are not ours? When do we choose to insist on a cultural identify? Do we necessarily have to choose, or can various aspects of our identity coexist?

In an increasingly connected global society, we have more opportunities than ever to find commonalities with people who are continents away, but also with our neighbours. Appearances can be misleading. We may think we understand someone’s identity when it is actually more complex. As members of a global society, we would do well to develop a more nuanced sense of identity and in doing so to find our own sense of belonging.

Kara Hadge is the Manager for Digital Media at the British Council USA and works on the Our Shared Future project (www.oursharedfuture.org). Stephanie Durand is Strategic Media Partnerships Manager at the United Nations Alliance of Civilizations (www.unaoc.org). Journeys of Belonging can be viewed at www.journeysofbelonging.org.