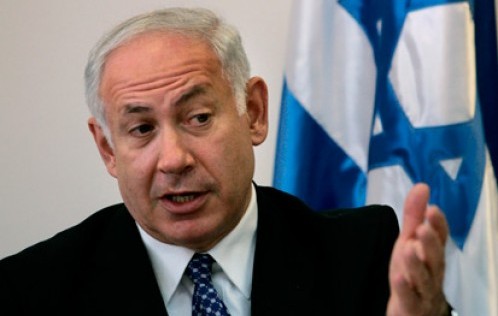 Noam Sheizaf has a very smart piece up at Foreign Policy forecasting the results of the upcoming Knesset elections (he’s not giving exact numbers – but who would, it’s a parliamentary system?).

He’s not optimistic about what the results will augur for the “peace process”:

“Of all the major parties, none is expected to run in the next elections under a peace platform. Labor’s new leader, the ex-journalist Shelly Yachimovich, prefers to concentrate on the economy and distribution of wealth. In a recent interview she even spoke of her sympathy to the settlement movement. In Kadima, the hawkish Shaul Mofaz is considered the front-runner in the coming primaries against current party leader Tzipi Livni, while the aforementioned [Yair] Lapid takes pains to ensure that he’s no leftist and doesn’t anyway seem very interested in the Palestinian question. Likud itself is moving to the right, with very few MKs left of the party’s historical pragmatic wing, and one shouldn’t forget Yisrael Beiteinu party leader and Israel’s current Foreign Minister Avigdor Lieberman, who remains just as strong at the polls despite a maximalist, far-right agenda.”

Although Bibi won’t be unseated by the furthest right in his party, Likud’s settler recruitment drive is going to tell. The man himself might be somewhat insulated from the furthest right, but his party as a whole is not. Some never were: Danny Danon and Yuli Edelstein aren’t bit players anymore, they’re the faces that, after Bibi’s own, that Likud has chosen to show to the world (Danon is the chairman of World Likud; Edelstein is the Minister of Information and Diaspora).

As Sheizaf notes, the Ocupation is indeed a “non-issue” among the Israeli electorate – except for those carrying it out daily in the West Bank (and they’d prefer nosy people like Breaking the Silence keep the kids off of their lawns). The settlers have again and again pressured the government into marginalizing what already marginal voices voice criticism of the Occupation. A housing crisis? Build more houses in East Jerusalem, problem solved. And the spectacle over Migron shows now sign of ending soon. Who’s going to stop Netanyahu? Netanyahu? Israel Hayom will keep printing (on Haaretz’s machines, ironically) its pro-Netanyahu editorials, the Jersusalem Post and Yediot Ahronot will keep moving even further to the right, and independent television networks will continue to be cowed by libel laws and government pressure.

Given the way talks are going in Jordan – Israeli negotiators are pushing the West Bank barrier as the future interstate border, incorporating around 10% of the West Bank, including East Jerusalem, into Israel proper – the “peace process” looks like it’s heading smack into another wall (no pun intended). And if Palestinian unity succeeds in bringing Hamas in from the wilderness, the Israeli government has repeatedly asserted that it will not negotiate with Fatah anymore. This is a debate in and of itself – but for my part, I think reconciliation is less likely now that Khaled Mashaal is apparently going to resign rather than mount a challenge against the hardliners in Gaza.

I cannot see Fatah, let alone Hamas-Fatah, taking the Israelis up on their offer here, since “its zigzaggings have been determined primarily by the location of Israeli settlements, but it is impossible not to notice the dozens of wells and springs isolated in the so-called seam zone between the high concrete wall and the Green Line, which has cut off Palestinians from between 30 and 50 percent of the water they were allowed to pump from the Western Aquifer under the Oslo Agreement.” And Israel has refused to freeze settlement construction during peace talks (though if they’re all built around East Jerusalem, it won’t really matter vis a vis the West Bank barrier, now will it?).

I don’t think anyone has to worry that “if talks advance in such a direction, it could also spell the end for his nationalist coalition, where key members would consider the abandonment of most of the West Bank – a strategic highland and biblical heartland – an unforgivable betrayal.” Netanyahu is not going to be that Prime Minister.

When these talks stall – Abbas will likely offer some doggerel about returning to them at a date six months from now following consultation with the Arab League, and the Western media will leap to blame him and him alone for the talks’ collapse – I can’t see the US doing much to advance the “peace process” from here on out, “Obama 2012” or not.

If a Republican wins, then forget it altogether (Ron Paul is not included in this, but he won’t be getting the nomination). Mitt Romney and Newt Gingrich have both made it clear that they do not regard any Palestinian political actor as a peace partner (top GOP donor and Israeli newspaper owner Sheldon Adelson must be ecstatic), and Congressional Republicans are increasingly peddling the idea of Israel’s Biblical borders – “Judea and Samaria” – as a solution to the Occupation (Christians Zionists are ecstatic; I imagine some settlers will be too, though not exactly for the same reasons).

The Israeli right would finally have the international cover for annexation that even the George W. Bush Administration wasn’t willing to provide. While the Republican National Committee quickly moved to deny its zeal for a “one-state solution” after Mitchell Plitnick called them out on it, it’s clear from House resolution after House resolution, speech after speech and gala dinner after gala dinner that the Grossly Oblivious Party is only paying lip-service to the two-state solution as it turns inward from nuanced foreign affairs discussion and the “bipartisan consensus on Israel” in favor of unrepentant neoconservatives and evangelical voters who see the Holy Land as just that: the Holy Land. Anything else just doesn’t poll well among Evangelicals, or increasingly, the anybody-but-J Street wing of the “Israel Lobby.” A further to the right Israeli government might not raise much objection to such loaded resolutions, though it would probably want more informed people to help draft them, since as it stands that pandering GOP resolution implies one law, one vote for all “Israelis,” regardless of their religion or ethnicity.

A second Obama term does not offer much hope either. Will Obama seek to base his presidential legacy on a peace process that the Israeli government is clearly not interested in putting its own political capital on the line for? Would he do that to his reputation, to his own party? And will he really put pressure on Bibi after getting burned time and again since 2008? For all the (meaningless) furor over his comments on Israel’s 1967 borders, Obama has not at any point demonstrated a commitment to pressure Netanyahu over his willful disregard for the Oslo Accords.

With the possible exception of Iran, which is less of a crisis in the special relationship than a debate between the “go-slow” guys and the chickenhawks in both countries’ capitals, the Obama Administration has not at any point put serious pressure on the Israeli government over any issue.

And while some have hope over Dennis Ross’s absence in a second Obama Administration, who would be replacing him as the go-to guy? Jimmy Carter? More realistically, Ross’s hotline to the Oval Office hasn’t been disconnected, so it’s naive to assume that his view – the majority view within the Beltway on Israel-Palestine – leaves with him. I don’t know a single person who has suggested that it would, which actually restores my faith in humanity’s analytical skills. As Noam has noted elsewhere, “In both cases [a Romney presidency or a second Obama one), one could assume that the United States will continue to pay lip service to peace while in practice supporting the Israeli occupation with money, arms and the diplomatic cover it provides.”

“The new Knesset could mark the first definitive break by moving the political conversation into firmly one-state territory.” Yes, by finally ditching the Oslo Accords in favor of the de facto policy of gradual West Bank annexation, the one that’s been going on since the early 1970s. In 1972, the government counted some 10,000 settlers in Israel’s census. Now there are over 500,000. There could, in theory, be a binational dialogue, but unless Israeli civil society reaches a critical mass on the Palestinian BDS movement, it will be the silence, and not the solidarity marches, that will be deafening.

Prospects for Palestinian unity are dim, there is no Israeli political opposition to serious challenge Likud’s coalition, and as always, the US government half-heartedly plods into the room to lecture everybody, only to shuffle off when it becomes clear no one in the room respects what it has to say. And then it’s 2016 and we begin again.