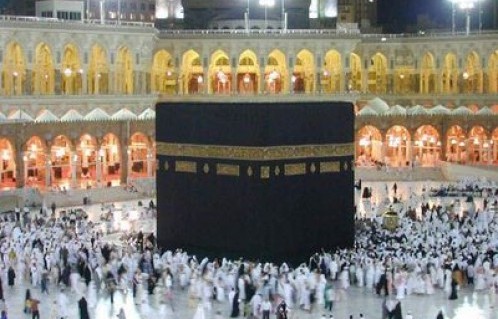 A decade after 9/11, a new poll by the Pew Global Attitudes Project shows that 48 per cent of Americans continue to think relations between Muslims and Westerners are poor. In Muslim-majority countries, those numbers are generally higher, according to the same study. This data points to continuing fear, misperceptions and stereotypes among both Muslims and non-Muslims.

When it comes to stereotypes and myths about Muslims, data and resources that contradict these misperceptions are readily available. The problem is that they do not always reach the wider public, especially in the West.

Considering that most people are not likely to sift through scholarly research, it is absolutely important to make resources about Islam and Muslims available in a form that is easily accessible to them.

A new series of two-minute video clips called “100 Questions about Islam” aims to fill this knowledge gap using one of the most effective new media tools: online video. These videos consist of interviews with scholars and journalists who break down stereotypes about Muslims by highlighting the findings of recent public opinion research and clarifying facts about subjects ranging from sharia (Islamic legal principles) to the hijab (headscarf).

This unique video series is a joint venture of the British Council’s Our Shared Future project, which aims to improve the public conversation about Muslims and intercultural relations in the United States and Europe, and the UN Alliance of Civilizations, in collaboration with the University of Missouri’s School of Journalism.

In one of the videos, for example, Jen’nan Read – a Libyan Christian and Professor of Sociology at Duke University – points to a fundamental characteristic about Arab and Muslim communities in the United States that contradicts popular perceptions. She says, “While it is true that most Arabs around the world are Muslim, most Arabs in the United States are Christian – and not Christian converts, but rather Christians from Eastern Orthodox traditions.” Given this common misunderstanding, it is not surprising that many Americans say they do not know any Muslims.

Another little-known fact when it comes to Muslim communities in the United States is how successfully they have integrated themselves into diverse fields as active participants in the American economy and political system. Says Georgetown University Professor of Religion John Esposito, “Most people don’t fully realise what we know now from hard data: that Muslims are economically, educationally and politically integrated into America,” adding that in terms of level of education attained, “Muslims are second to Jews in terms of integration.”

There are many other areas where facts and public opinion diverge. In the political realm, most people who fear the influence of sharia do not know that there is no such thing as a movement to impose sharia in the United States, Esposito points out. On a more personal level, Sarah Joseph, CEO and founding editor of Muslim lifestyle brand Emel, notes that people who question the hijab and other head and body coverings forget that the practice is not at odds with other religious traditions. For example, some traditional Christian churches still promote covering one’s head during worship services.

So, why is it so important that we combat these misconceptions? Melody Moezzi, an attorney and writer interviewed for 100 Questions, argues that any discrimination against a minority endangers the immigrant culture on which American society has been founded: “Islamophobia threatens me as an American, not as a Muslim American…because whenever any minority is discriminated against or hated for no good reason, and laws are passed against that minority, it offends me as an American.”

Sometimes the best way to combat misconceptions about any issue, not just Islam and Muslims, is by giving a voice to those who can illuminate the facts. But informed dialogue need not always be hosted on a website or in a newspaper. As Esposito remarks, “The more pluralistic we become in the public square, in our interactions and in our [neighbourhoods]…the more I think that change that we need – [the] broadening of our pluralistic worldview – will take place.”

Let this be a reminder to us that delving into data about cross-community relations is only a starting point: we also need to look around ourselves and form some relationships of our own.

Kara Hadge is Head of Digital Media at the British Council (USA) and works on the Our Shared Future project (www.oursharedfuture.org). Marc Scheuer is Director of the United Nations Alliance of Civilizations (www.unaoc.org). You can view 100 Questions About Islam at http://www.vimeo.com/groups/100questionsaboutislam.