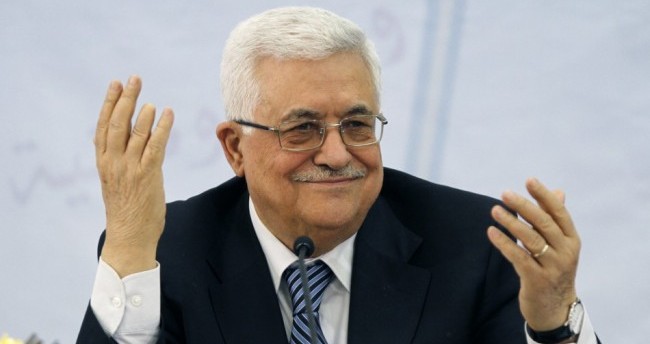 Suppose several armored vehicles belonging to a branch of the Palestinian Authority raided an Israeli border village at the eve of a new round of peace negotiations. One can picture PA President Mahmoud Abbas defending the killings, stating that the attack was made in the cause of protecting the security of the Palestinian public. Would the Israeli delegation return to the talks with handshakes and smiles?

The answer is an obvious no. Yet the Palestinian delegation did return to real recently renewed peace talks after Israeli forces’ raided a refugee camp in north Jerusalem on August 26, killing three. This was not the only lethal Israeli attack to take place during “peace talks”, and it will not likely be the last.

Granted, Palestine is an occupied nation, and its leadership possesses far fewer advantages than its Israeli counterpart; but if negotiations exist under such humiliating circumstances, can Abbas and his chief negotiator Saeb Erekat reasonably expect any fair outcome from these talks?

Of course not. Yet Abbas continues to offer more concessions that defy logic and the history of diplomacy. After volunteering last year to terminate claims to historic Palestine during an Israeli TV interview, which was rightly understood as a direct dismissal of Palestinians’ right of return to land occupied in 1947-48, he is still unrepentant.

“The Palestinians would abandon historic claims to land that is now in the state of Israel in the event of a far-reaching peace deal,” he told a group of Israeli parliamentarians, as reported by The Guardian newspaper on August 23.

Abbas, who serves no purpose aside from filling the US-entrusted role of the “moderate” Palestinian, has no vision of his own. Rather he is an assortment of confounded ideas about peace and justice and international law. He is willing to abandon the internationally enshrined rights of his people, yet expects a “just” agreement that would usher in “an end of the conflict”.

He doesn’t even seem to fully grasp the timetable set forth for the negotiations: “We wanted the meetings … to take place every day or every second day, and not once a week or every 10 days like the Israelis want. I don’t know why they don’t want to. We don’t have much time.”

Although his term as a president of the PA has expired, and his authority doesn’t enjoy a speck of democratic credentials, he makes concessions in the name of his people. “You have a commitment from the Palestinian people and also from the leadership, that if we are offered a just agreement, we will sign a peace deal that will put an end to the conflict and to future demands from the Palestinian side.”

Abbas’ statements have grown so increasingly strange that few political commentators – aside from those working in self-serving media outlets belonging to, partly funded by, or permitted to operate under the auspices of the PA in the West Bank – even bother to decipher his outlandish remarks.

The current peace process, styled on the 1993 Oslo I Accord, is long dead as far as its chances of achieving any peace, just or otherwise. Israel has made it crystal clear that no peace deal is present on its agenda.

In August alone, the Israeli government announced bids for 3,000 more housing units in illegal Jewish settlements. Abbas himself, although playing along for non-altruistic reasons, is aware of that. “I can’t say that I’m optimistic, but I hope we aren’t just wasting our time.”

That said, and although irrelevant as far as its declared reasons for finding a fair solution to the historic conflict, Oslo is not dead as a culture. That aspect of Oslo is very much alive. It continues to define Palestinian political bankruptcy and split Palestinian society.

As disheartening as it may sound, the accord’s legacy has plenty of supporters who are benefiting, to various degrees, from its perks and privileges. It has polarized Palestinians around factional and geographical lines. And unlike other attempts by Israel to weaken Palestinian resolve, this particular gambit has had unparalleled success.

History is laden with failed Israeli experiments aimed at destroying the Palestinian national project from within. In 1976, the Israeli government, then led by Yitzhak Rabin, conducted local elections in the West Bank and Gaza. It was a classic Rabin move aimed at stripping the Palestine Liberation Organization and nationalist leaders of any validity in the occupied territories.

Israel had by then made-up another group of Palestinian “leaders”, which consisted mostly of traditional heads of clans, a small, self-seeking oligarchy that historically accommodated whatever foreign power happened to be ruling over Palestinians at the time. Israel was almost certain that its allies were ready to sweep the local elections, but it miscalculated.

Israel’s miscalculation in 1976 was a rude awakening for both its military and political leaderships, whose plans had officially faltered when the results came out. National candidates won an overwhelming majority, sweeping 148 of the 191 mayoralties and councillorships. The attempt to create an early version of Abbas and his PA was a complete failure.

But Israel was never to give up trying to mold local Palestinian leaders as alternatives to elected Palestinians or internationally recognized representatives of the Palestinian struggle. In 1978, Israeli leader Menachem Begin established the Village Leagues, giving its members relatively wide powers, including approving or denying developmental projects in the occupied territories.

He armed them and also provided them with Israeli military protection. But that too was deemed to fail. “The league members [were] widely regarded as collaborators by their fellow townspeople and villagers (And by 1983) Israel had begun recognizing the artificial nature of the Village Leagues and acknowledged the failure of the efforts to create political institutions capable of mobilizing Palestinian support for the occupation,” wrote Ann Mosely Lesch and Mark Tessler in Israel, Egypt and the Palestinians: From Camp David to Intifada.

As a revamped version of the Village Leagues and their clan-like political apparatus, Abbas’ authority is working too well. Palestinians have to face up to the inescapable reality that their leadership has completely acquiesced and their continued silence is an affirmation of that defeat.