Unrelenting Noise: My Life In Gaza Under The Drones 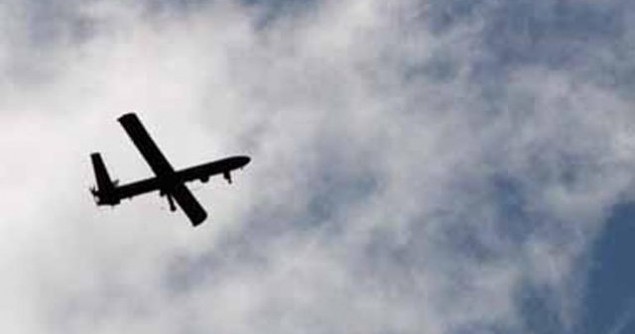 Living under drones is not only life threatening, but unbearably annoying.  At times, drones don’t leave the sky of Gaza for a long period of time, a week or more. It’s like having this huge fly in your room that can’t understand how the glass of the window is blocking its way out. At times, you start swearing at the drone like it’s one of those irritating people that nag all the time. Some people, like my father, who have very sensitive ears have a really hard time dealing with the constant buzz of the two or three drones that are circling their neighborhood. They would try everything to ignore the bee like sound following them everywhere they go.

At times like that, getting to sleep becomes the most essential need of the human brain of the one million and a half population trying to cope their ears with the bees flying over their shoulders. During the latest offensive on Gaza, it was hard for anyone to sleep for a whole week. It was nerve breaking. The endless buzz of the drones was accompanied by sudden explosions that would occur every five minutes. Sometimes, more than five explosions would startle you in less than a minute. After seven days of the continuous drones and the piercing bombings and of bad sleeping and sometimes having no electricity, you feel like stuffing your head somewhere under pillows and blankets. That wouldn’t work either. Believe me; I tried. Your body eventually surrenders to its exhaustion and you go to sleep however constantly awoken by the earthquake like effect of the bombs.

However, complaining about the buzz seems ridiculous when you hear about or see drone attacks. When I was thirteen, a drone targeted a small goods truck passing by my home. It was summer. The night before the attack, I had asked my mother if I can sleep in the balcony. She said the mosquitoes will keep sucking my blood until they feel no more thirst. The idea frightened me. In the morning, there was more than mosquitoes to make me look bloodless. I had been sleeping on my parents bed and I had just woken up and gotten out of it.

The explosion was sudden and deafening. Another explosion followed. I screamed and got down on the floor. The window, which was directly above the bed I had been lying on a minute ago smashed into pieces and the pillows were covered with glass. Nothing happened to me, and I don’t remember if I was really scared that day. I remember everyone rushed to the windows to see what was going on so I rushed along.

That day, no one was injured. The people in the truck managed to escape. Luckily, it was morning and the children of the neighborhood were still inside. Had it been just a little bit later during the day a lot of children would have been injured. That was a long time ago and it’s nothing compared to the other drone attacks that are conducted here. Drones can attack people standing in the street and their rockets have the ability to shred their bodies into pieces, like the two AbuAmra brothers who were attacked during the recent attacks on Gaza and so many others