The positive side of continual political change has got lost in the Arab world. Fear of uncertainty has killed the joy of new political life emerging in so many Arab states. The grim weekly numbers of people killed in political and sectarian violence dominate the new burgeoning of political life at national and local levels. 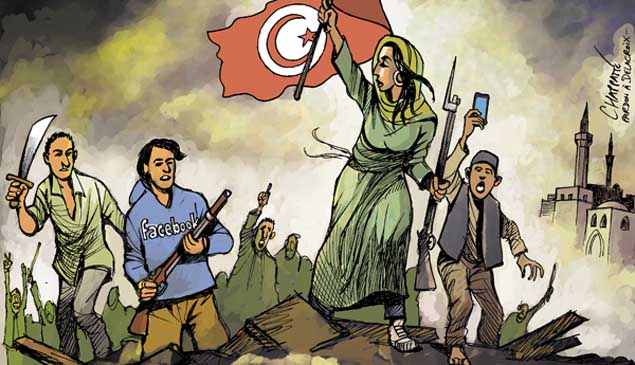 In fact, the horrors and uncertainties of violence have triggered a wistful nostalgia for the old certainties of dictatorship, when daily life was easier, even if talking politics might cost someone his or her freedom and could easily lead to torture as well. The huge benefits of losing the old dictators and authoritarian governments have got lost in fears that the new governments will grab power and hold on to it, emulating their imprisoned or exiled predecessors.

The main challenge that the Arab world faces is how to incorporate continual change into its politics. Many Arab countries were ruled by one man or one party for decades, and they did not allow genuine political debate. Therefore, there is very little tradition of public and transparent discussion of policy.

Ministers and presidents are not used to submitting themselves to parliamentary grilling. Opposing parties quickly slip into trading insults rather than trying to find common ground. Parties that win control of the levers of power in government use their authority to maintain their position and undermine their opponents.

The complete absence of political dialogue, which stopped the development of political parties and forced them into becoming semi-illegal resistance movements, means that many countries do not have a political vocabulary with which to discuss their issues. The political gap between Europe’s socialists and capitalists, or America’s Republicans and Democrats is bridged by a common political language, which revolves around control of spending, defining social aims, and implementing government action.

This kind of sensible debate is hard to achieve when the participants are a former Facebook activist, a Muslim Brotherhood member, who has been on the run from the authorities for five years, and a former secret policeman. These political players do not share enough common ground to trust each other or have a useful discussion on government priorities.

This struggle to develop the mental arena for political dialogue is happening in all Arab states. Those states, which have survived the Arab Awakening of 2011, are the most obvious and most recent to start the process, but the same happened in Iraq after the American-led invasion led to the creation of sectarian parties, which has entrenched sectarian loyalty as the defining element in Iraqi’s political life.

No one wants to know if an Iraqi politician is more socialist or capitalist, more nationalist or pan-Arab, or in favour of more power residing at a regional or federal level. The first question is what sect does the Iraqi politician belong to, and if he or she replies ‘Sunni, Shiite or Kurd’, all other issues take a firm second place.

When the revolutions of the Arab Awakening swept the Middle East in the spring of 2011, the initial action was led by secular youth who then lost control to the better-organised religious parties which took the lead, sometimes in combination with their former enemies in the security apparatus and armed forces.

The challenge facing these new Arab states is that all three strands of political vision cannot dominate one political reality. The liberal and secular (but not necessarily irreligious); the religious and Islamic; and the those who favour a more authoritarian government, all need to work together to build a new future together, and to understand that if they are in office they will not control power for ever.

Liberals need to define their ideas of inclusive government and motivate their wide (if rather disinterested) following, to work with the large and motivated following that the religious parties currently enjoy, and the remnants of the former regime who will benefit from nostalgia for a safer and more secure time.

The challenge is to engender a common awareness that they all have a stake in the politics of their country, and that no one has the all the answers. And to accept that once in power a government has a limited shelf life before it either sinks into inertia or someone else comes along and tries something else.

There has not yet been enough time to make this process of continual renewal into the accepted political norm in the post Arab Awakening states. Indeed, it may not happen if the emerging civil society is beaten down by the new people in power, as is illustrated by the gloomy examples of Nouri Al Maliki firmly holding on to power in Iraq, and Mohammad Mursi pushing through a deliberately Islamist constitution in Egypt.

But even for these politicians, trying to stay in power for decades will not being success. The lesson of the Arab Awakening is that governments need to re-invent themselves and change, so as to keep up with the continually changing world around them.