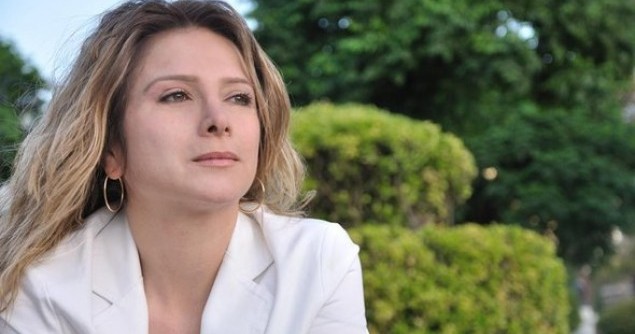 The international community has lately honored two Syrian women, one in hiding and the other in self-exile. Both prizewinners are shunned and persecuted by the regime in their native land.

The Ibn Rushd Award for Freedom of Thought will be presented to Razan at the Museum for Islamic Art in Germany on November 30.

The Ibn Rushd Fund has since 1998 been recognizing people who have sought to stimulate change with their thoughts and who have suffered the consequences of imprisonment and torture. It recognizes those who broke new ground for many others and who are fighting for freedom.

For the Fund this year, “it was essential to call explicitly for a young activist of the Arab Spring, who fights peacefully for a democratic state.”

Razan committed to the struggle for the rights of political prisoners in 2001 and co-founded a society for human rights in Syria.

She has been reporting on the violation of human rights since 2005 on Syrian Human Rights Information Link, a database for human right violations committed by the Syrian regime. The 35-year-old activist supports families of political prisoners. In April 2011, she also co-founded the local coordinating committee of the revolution in Syria.

According to the Ibn Rush Fund, “Syrians have been suffering under totalitarian rule, the negation of freedom and the smothering of even the smallest attempts to build a civil society for decades now. It is difficult to take a stand in the name of freedom if the absolute deprivation of freedom is merely the least grave of the personal consequences that may follow. And yet, young Syrian women and men have begun calling for reform publicly, and have been doing so for 18 months now.”

In May 2011, Air Force Intelligence broke into her house in Damascus. Many of her documents and personal belongings were seized. Additionally, her brother-in-law, Aburrahman Hammada, who was just visiting, was taken hostage in exchange for the fugitive couple.  Air Force Intelligence then arrested Razan’s husband, Wa’el Hammada. The brothers spent three months in solitary confinement before they were released. Since the outbreak of the revolution in Syria in March 2011, Razan was forced to go into hiding.

Since 2004, Razan has published dozens of articles and reports in the press and on the Internet about the human rights situation and the freedom of speech in Syria.

She received the European Parliament’s Anna Politkovskaya Prize for the defense of human rights and the 2011 Sakharov Prize for Freedom of Thought — together with renowned Syrian cartoonist Ali Ferzat.

The Ibn Rushd Fund says Razan’s commitment to human rights and her non-violent opposition make her a true representative of a young generation that is prepared to risk personal freedom, security and even life for social change. She is also representative of women in the Arab Spring, who — especially in Syria — are often at the forefront of the struggle for freedom and democracy but ignored by most Western media.

The Ibn Rushd Fund for Freedom of Thought was set up on December 10, 1998, in commemoration of the 800th anniversary of Ibn Rushd’s (Averroes, 1126-1198) death, and on the 50th anniversary of the Declaration of Universal Human Rights. It is an independent organization registered in Germany. Its founding members are mainly of Arab origin living in Germany.

The annual prize is a citizens’ award, which is exclusively financed by membership fees and donations. Its focus varies from year to year. It has so far covered literature and film, women’s rights, the reform of Islam, Arab enlightenment, economics, blogger/Internet platforms and journalism.

She is to share the Pen Pinter Prize with poet Carol Ann Duffy.Juror Samar Yazbek is a prominent, self-exiled Syrian novelist and activist. And has been a vocal critic of Syrian President Bashar al-Assad’s regime

Samar is being recognized for her book, A Woman In The Crossfire. The book is based on diaries she kept during the early stages of the Syrian revolution. It details how her outspoken views against Assad’s regime led to persecution and her decision to flee Syria with her young daughter.

Duffy, who became the first female Poet Laureate in 2009, was named the winner of the main prize in July.

The annual award — in memory of the playwright Harold Pinter — is given to a British writer of outstanding literary merit. The winner then chooses a recipient for the Writer Of Courage Award, which recognizes an international writer who has been persecuted for being outspoken in her or his beliefs.

Duffy was given a shortlist by the English Pen Writers At Risk Committee, and made her announcement at the British Library on October 8.

Samar said in response, “I am grateful to English Pen, and to Carol Ann Duffy, for selecting this book, and through it, for supporting our cause.”

Lady Antonia Fraser, Harold Pinter’s widow, added: “Carol Ann Duffy’s recognition of Samar Yazbek’s courage in writing about Syria’s revolution from the inside could not come at a more appropriate time”.

Born in 1970, Samar comes from the same Alawite denomination as the Syrian president

Prior to the uprising, she wrote extensively on women’s issues in newspapers and journals, while challenging taboos in her novels.

Her second novel Salsal (Clay) cast a critical eye over the power of the military, while Cinnamon — which is due to be published in the UK in November — looks at the social divide in Syria through the prism of a servant who enters into a lesbian relationship with her employer.

When protests against the Syrian regime began in mid-March last year, Samar voiced her support online.

She received hate mail, her family disowned her and, eventually, she was arrested and shown the cells she would be kept in, if she continued to support the rebels.

After further intimidation, she fled to Paris in July 2011. A BBC article quotes an interview where she has said: “I return all the time, but in secrecy. Undercover.”

Woman In The Crossfire tells the story of the first few months of the uprising, via her own story and testimony from ordinary Syrians. Filled with snapshots of exhilarating hope and horrifying atrocities, Samar’s book offers a wholly unique perspective on the Syrian uprising. Hers is a modest yet powerful testament to the strength and commitment of countless unnamed Syrians who have united to fight for their freedom.

In an interview with David Ignatius for the Washington Post last month, Samar revealed, “The constant talk of sectarian war ‘is only a game that the regime plays,’ to make the Alawites feel they will all be slaughtered unless they hang together around the regime and its thugs.”

Samar says the pro-regime thugs known as the shabiha are the enforcers of the sectarian mindset. Many of these young men are from Assad’s own tribe, she says. They have perpetrated some of the worst massacres in Sunnite villages, but they also intimidate Alawites who think of defecting from the regime.

Ignatius writes: “What moved me most about Yazbek was when she voiced her fear that secular revolutionaries like her — who refuse to play the sectarian game — are being swept aside in the darkening tempest that is Syria. She said the opposition must fight on three fronts — against Assad, against the Salafist Sunnite extremists who want to capture the revolution and against the germ of sectarianism that is infecting Syria as the violence continues.

“When I go to Syria, I talk to the fighters about pardon and forgiveness,” she says, but she wonders how long this message can prevail. “There is a sentiment of hatred that the regime has succeeded in spreading through the country.” She understands that the United States fears the rise of the jihadists. But she says the longer America lets this fire burn, the more likely it is that the haters and killers will own the future.”