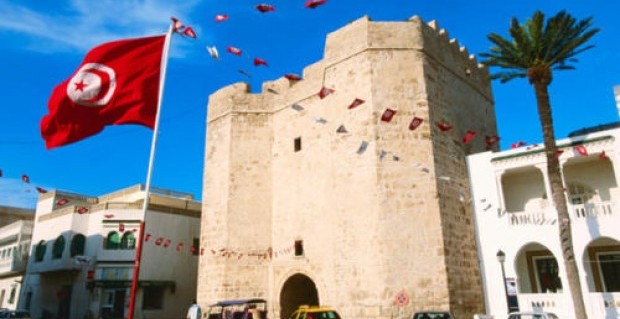 A year after the fall of the previous regime Tunisia is undergoing an unprecedented political transformation. A transition government has led the country to the successful election of a constituent assembly. A new government has already been appointed, marking the second phase of the transition process focused on drafting the constitution and reforming the economy.
However, the only way this momentum will continue is if those in power are willing to include all national stakeholders in tackling the nation’s challenges.

While these major political developments are taking place, the reality of growing economic problems and social instability is of increasing concern. Recent news about the economy is worrying not only politicians but also the Tunisian public in general.

The Central Bank announced a growth rate of zero for 2011 (down from an average of about 4 per cent in recent years), more than 80 international companies have left the country and investment has declined significantly. These big picture economic realities translate into unprecedented unemployment figures, affecting one million individuals – around 20 per cent of those eligible to work. This has resulted in greater numbers of Tunisians living in poverty.

As a result, several demonstrations and sit-ins have been organised by the unemployed, especially university graduates. These demonstrations sometimes result in factories closing, which leads to product shortages. Employment was thus put at the forefront of the debate during election campaigning, with every candidate putting forth proposals to tackle the country’s economic downturn.

It falls on the shoulders of the newly elected government to fulfil the promises they made and pull the country out of this downward spiral.

The new government is led by Al Nahda, an Islamic party which won 40 per cent of the vote in the fall elections and formed a coalition with two secular parties. In Tunisia’s pluralist system, other parties that won a percentage of the vote are also represented in its Constituent Assembly.

During the elections, many parties promised quick fixes and somewhat unrealistic solutions to economic problems. However, the problems of the Tunisian economy are mainly structural and need to be addressed at this fundamental level.

This means strengthening the country’s industries so that they can employ more qualified people, improving infrastructure in underdeveloped regions to attract foreign direct investment, reforming the tourism sector to shift the image of Tunisia away from a “low budget destination” and developing a national strategy for the agricultural sector.

Improving Tunisia’s economy should not be a partisan issue. All national stakeholders – as well as international organisations, like the African Development Bank, the World Bank and the European Union – should be consulted and participate in this tremendous effort.

It lands on the governing coalition to invite key stakeholders to actively engage in the reform process. No successful effort can be undertaken without the participation of the large and influential Tunisian General Labour Union, the Tunisian Union of Industry, Commerce and Handicrafts and the various associations for tourism, agriculture, engineering and banking – to name a few.

Many of these national groups, however, are at odds with Al Nahda’s approach of politicising economic reform. Al Nahda should therefore begin dialogues with them to collaboratively solve economic problems, which will allow leaders to develop solutions. Similarly, these stakeholders must be willing to engage with Al Nahda.

Because the current government will be in charge for only 12 to 18 months – which is roughly the time it will take to develop a new constitution – their best chance for success in improving the economy is through inclusion. This means bringing together the key players in Tunisia – state economic structures, political parties, trade associations, unions, civil society, universities and academia – with traditional international partners for a participatory approach to solving this crucial challenge.

Engaging all of these partners will be possible only if the new decision-makers in government decide to take an inclusive approach and build on the massive democratic momentum that Tunisia now enjoys.