Top Ten Reasons Why Americans Should Care About Egypt 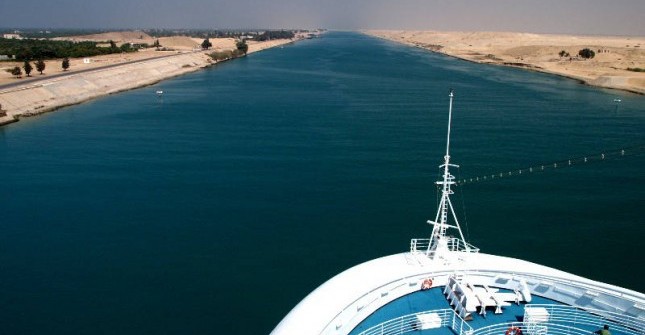 A Pew poll shows that far fewer Americans are following events in Egypt closely now than in January-February 2011. Actually, about the same percentage are following it “fairly closely” as then (a quarter now versus 31% in 2011). The big fall-off is in people following events on the Nile “very closely,” which are only 15% nowadays. I think this outcome in part derives from corporate news executives’ calculation that there was far more advertising money to be made from the Zimmerman trial than from events in Cairo, which are much more expensive and much more difficult to cover.

I can’t explain why, but my own experience is that the three cable news channels, along with the networks, somehow set the American public’s news agenda. The viewership for cable news in any one hour is relatively small, but people must talk about it over the water cooler or something. Of course, my observation is anecdotal, but as a prominent blogger I do have ways of telling when a subject is popular. But another consideration is that the Egypt events began unfolding the week of the Fourth of July, and a lot of Americans were on vacation then, and went on vacation after. Students are very interested in news nowadays, but are less so in the middle of the summer when they are off and sometimes traveling.

Whatever the reasons the US public is less excited about Egypt’s ongoing revolution at the moment, the country is in fact important to the US. Even if we want to put aside sentimental considerations (we should care about the fate of 83 million kindred human beings), there are Realist reasons for which Egypt matters. Just on the security side, it is baffling that so many Americans are uninterested in Edward Snowden’s revelations about the National Security Agency spying on millions of Americans, because they say that the security thus gained is ‘worth it.’ But what happens in Egypt affects US security, so it is part of the thing for which they are willing to just toss away the Bill of Rights. Shouldn’t they be more interested in security-related developments if they are going to use them as a pretext to give up our key constitutional liberties? In any case, here are some material reasons for which Egypt is important to every American, beyond the humanist and humanitarian ones that should be foremost:

1. How many bargains you get when shopping depends on Egypt’s Suez Canal being open for business. Between 8% and 12% of all international trade goes through Egypt’s Suez Canal, which cuts thousands of miles off ship journeys from Asia to Europe and to the North American East Coast. We can call it 10% of world trade on a rolling average (trade is still down after the 2008 crash). But note that if the Suez Canal were to be closed by the country’s turbulence, it wouldn’t just affect that ten percent– the impact on prices of many commodities would be across the board.

2. The price of your smart phone and Tablet are dependent on Egypt. Some 22% of all the world’s container traffic goes through the Suez Canal, which can handle larger ships at lower tolls than the Panama Canal, at least for the next few years. Containers are those huge boxes in which goods are packed compactly, allowing one ship to carry many tons of them. Your iPhones and tablets, made mostly in Asia, would be much more expensive without the Suez Canal.

3. Although Egypt is not a big exporter of fuels, a lot of oil and gas comes through the canal or through pipelines across Egypt. Even without interruptions, the instability in Egypt will likely put gasoline prices up around 30 cents a gallon for the rest of the summer, just on speculation. Over 2 million barrels a day of petroleum goes either through the Suez Canal or through pipelines across Egypt, destined for the European and American markets. (Despite what the Right wing tells you, the US imports 40 percent of its oil daily, and there is no prospect of it being oil independent any time soon unless we go to electric cars powered by wind and solar). Likewise, Liquefied Natural Gas (LNG) shipments through the canal have increased 8-fold since 2008 and as the US Energy Information Agency notes, “Countries such as the United Kingdom, Belgium, and Italy received over 80 percent their total LNG imports via the Suez Canal in 2010, while Turkey, France, and the United States had about a quarter of their LNG imports transited through the Canal.” Moreover, those businessmen who want to export fracked natural gas from the US to, e.g. India, need it to go through the Suez Canal. If the canal were closed by political instability or the pipelines were blown up by guerrillas, the impact on energy and fuel prices in the United States would not be trivial.

4. The fate of democracy in Egypt, which is admittedly a wounded bird nowadays, will not only affect its own future. Egypt is an opinion leader for much of the Arab world, and its form of government has often been influential for regional governments such as Libya and Syria. Mediterranean and European security, i.e. that of NATO allies of the US, is deeply wrought up with the Middle East and hence depends in part on what happens in Egypt.

5. What happens in Egypt is important to Americans because it deeply affects the several hundred thousand Egyptian-Americans and the millions of Arab-Americans and Muslim-Americans.

6. The Egyptian military provides a security umbrella to much of the Arab world, including to the small countries of the Oil Gulf and of the Arabian Peninsula along the Red Sea. The Middle East has 65 percent of the world’s known petroleum reserves, and produces about 30% of the world’s oil. Although it is true that the US in particular gets only about 20% of its petroleum imports from the Old World, energy markets are tightly interconnected and US security depends on inexpensive Middle Eastern gas and petroleum. If Egypt becomes unstable and its instability is catching, American access to fuel and energy will be affected, as will that of many close American allies.

7. If devotees of political Islam give up on democracy because their president, Muhammad Morsi, was deposed in Egypt, and if they turn instead to violent politics (i.e. to terrorism), that change would certainly have a huge impact on security in the United States.

8. Some 45% of Egypt is made up of youth under the age of 30, and Egyptians account for about a fourth of all Arabs. Egypt is central to the Arab world, and if its youth give up their attachment to democracy, it would be a significant loss to US and Egyptian security.

9. Turkey is a NATO ally of the US, and its center-right, Muslim-leaning government, has been extremely upset about the coup against their friend, Muhammad Morsi. Turkish foreign policy in the Arab world was almost non-existent in 2000, but it is now substantial, along with trade flows. Turkey’s success as a regional power depends in part on improving relations with Egypt.

10. Among the major American projects in the Middle East is ensuring the security of Israel. Over the long run, this effort seems to me likely to be futile, since Israel as it is presently configured faces severe demographic, political and military challenges, challenges it deepens and multiplies by its colonization of the West Bank. In the short term, however, there is no country as crucial to the security of Israelis as Egypt.

John Donne said that no man is an island. Neither is any country in our globalized world, even the countries that are, geographically, islands. The US, with its $16 trillion a year economy dependent on global trade, is least island-like at all, and Egypt is a major country that is important to the trade, prosperity and security of the United States. We should care what happens there on humanistic grounds– nothing human should be alien to us. But we are fooling ourselves if we don’t at least care because our own fate is wrought up with that of the Egyptians.