The Other Peace Process: The One That’s Alive 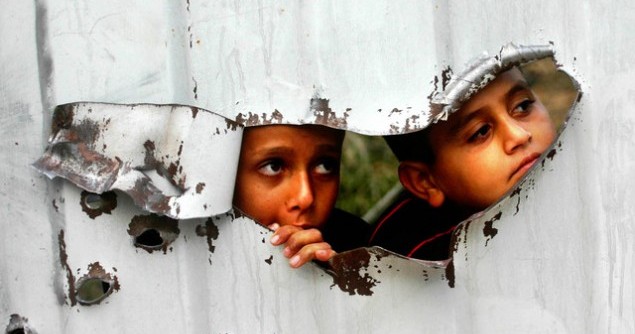 We – Kadi (Judge) Iyad Zahalka of the Jerusalem Muslim Sharia Court of the state of Israel, and I, Ron Kronish, a Reform rabbi, educator and director of the Interreligious Coordinating Council in Israel for the past 21 years – recently spent 16 days in the United States on a speaking tour, during which we talked about “the other peace process”. We spoke to Jewish, Christian, Muslim and interreligious audiences in several cities including New York City; Detroit, Michigan; Austin, Texas; and Washington DC.

The “other peace process” brings people from different religions and nationalities together to encounter each other substantively and sensitively in order to find ways to live in peaceful coexistence together.

It is different from the political peace process, which has been stalled for many years. It is different from peacemaking, which one of our friends calls assembling “pieces of paper”, referring to the creation of peace treaties, usually by lawyers and diplomats, who then argue for the next several years (or decades) that the other side didn’t live up to their end of the agreement.

In our interreligious work in Israel, we have been connecting people through dialogue and educational programmes for many years. We bring together religious leaders, educators, women, youth and young adults for long-term (at least 10 months and sometimes for up to 4 years) substantive and sensitive encounters with each other. All our programmes share four stages: 1) getting to know the other well as a human being, created in the Divine Image, 2) studying each other’s sacred texts, 3) discussing core issues of the conflict and 4) taking action in our communities, separately and together.

One of our most important programmes in recent years, called “Kedem”, a Hebrew acronym for “Kol Dati Mefayeis” (Voices of Religious Reconciliation), brought together 28 grassroots religious leaders from all over Israel to engage in the process described above. The group included Orthodox rabbis from mainstream communities of religious Zionist circles, Islamic judges, sheikhs, imams and Christian clergy.

Many of the people who participated in this unique program have brought the dialogue back to their communities. One of the rabbis involved with KEDEM said that before he joined the programme, the issues of Israeli Arab Palestinians who are citizens of the state of Israel were not on his radar screen, but after 2-years in KEDEM, he recognised that as a Jewish leader who remembers that the Jews were strangers in the land of Egypt, he needs to be concerned about the Arab minority within the state of Israel.

One of the highlights of our recent joint speaking tour to the United States was when we addressed a congregation of 1,000 Muslim worshippers in the Adams Mosque in Northern Virginia – one of the largest mosques in the US – on a Friday morning, before the noon prayer. After our talk many people came up to us and told us how much they appreciated our message of peace and cooperation.

Our message is one that is not usually heard outside of Israel. It emphasises that peaceful living is possible and that reaching a peace agreement between Israel and Palestine is not impossible. Indeed, we strongly believe that our conflict can come to an end, as other seemingly hopeless conflicts have ended in places such as in Northern Ireland, South Africa and Bosnia. We have to keep this vision of peace alive, and not despair because achieving peace is taking so long.

While it is not always easy to sustain the energy and optimism to keep going, interreligious and intercultural dialogue is an essential ingredient for a lasting peace. Peace is not a matter just for the politicians. Those of us involved in interreligious dialogue reach people at the grassroots level and can effect a change of consciousness in communities across Israel.

Our role is not to solve the macro political problems of the region; that task is for the politicians and diplomats. Our task – as religious leaders, educators and activists in our communities – is to change the hearts and minds of the people on both sides of the conflict to be able to live in peaceful relations over the long haul.

Rabbi Dr Ron Kronish is the founder and Director of the Interreligious Coordinating Council in Israel; Kadi Iyad Zahalka is the presiding judge at the Sharia Court of the State of Israel in Jerusalem