The Muted Voice: Where Are Tunisia’s Young People? 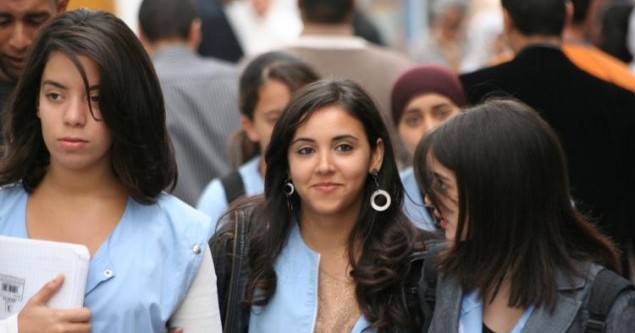 According to the National Institute of Statistics in Tunis more than 50 per cent of Tunisia’s population is under the age of 30. This demographic was visible during the revolution last December and January, when the voices of Tunisian youth made front-page news around the world. One year later, however, their views are often absent from Tunisian media.

Over the last two weeks, I had the chance to talk with youth from different regions of Tunisia who are representatives of local youth civil society organisations (CSOs) involved in a year-long youth leadership development programme run by Search for Common Ground, a leading conflict transformation organisation.

I asked them what they wanted for the future of Tunisia, and how they envision their own involvement in the transformation of their state. The six youth I spoke with were keen to have their voices heard, and expressed surprisingly similar views on the role they wanted to play in the future of their country.

Tunisia is divided into 24 different governorates. Several of the youth were from economically and socially underdeveloped regions, which are rarely targeted by government programmes and can feel isolated from the capital. Still, despite this isolation, these youth want to reach out and work together on tackling social problems.

For instance, the northwest of the country, butting up against the Mediterranean and the border with Algeria, is poor in economic development, but has rich water resources. Many residents feel forgotten by the central state. For example Jendouba, in the northwest corner, is known for its dams, but many of its residents do not have access to drinkable water.

Tunisia’s coast tends to be more urban and economically developed, while the interior of the country is mostly rural and underdeveloped, which sometimes creates tensions between residents of Tunisia’s different regions.

Bechir, a young Tunisian from Jendouba, talked about his own work: “In my region there is a group of 20 young active members of CSOs – women and men – working on the drinking water issue [among other social and economic problems]. We are gathering statistics [about the problem]. We will then invite our regional and national leaders to learn about this problem and propose solutions to it.”

Bechir’s group then plans to connect with youth and CSOs from other governorates who face the same problem.

There is a strong need to connect youth in rural areas with those in the capital; many youth in Tunis are not aware of the hurdles that those in rural areas face. Still, some youth in Tunis are taking steps to bridge rural-urban divisions. Nayress, from Tunis, is involved with the Reform and Development Party. Reflecting on her experience as a young activist in a political party, she says, “During my work I had the chance to work with different youth from the regions and I learned a lot from them. Only the residents of a region can really explain and find the solution to the problems of their region. We can’t work without cooperation.”

Youth from other regions in Tunisia echoed the need for cooperation, including Karim and Jihed. Karim is from Beja, a town about 60 miles from Tunis; Jihed spoke on behalf of a group of local youth she works with in Zaghouan – a remote inland region whose residents often feel disconnected from the centers of power on the Northeastern coast. They want to create youth committees in all 24 of Tunisia’s governorates, which would be connected through a national network. The role of this national committee would be to connect with Tunisia’s Constituent Assembly as one entity speaking on behalf of youth throughout the country.

Bilel, who is also from Beja, stressed the importance of increasing young leaders’ openness to one another’s differences, which span from the religiously conservative to the laic [a form of secularism in which symbols of religion are completely absent from the public sphere], from rich to poor, from those who come from rural areas to those who live in the cities. Bilel recommends opportunities for all these different groups from multiple regions to exchange ideas, experiences and aspirations through forums or meetings.

Each region can learn from the others. Responding to a question about what youth can do for the future of the country, Hadhami, a young woman from Kef, on the western border of Tunisia, said that: “Youth have the capacity. They need first to foster awareness of and respect for the other, and tolerance and respect among all groups in Tunisian society so that they can work together. . .”

In my last conversation with Bilel, he insisted that I share how proud Tunisian youth are of their revolution, saying: “Let us continue taking peaceful action to achieve the objectives of the revolution and contribute to the process of a democratic transition and state-building.”

The youth I interviewed – many from rural areas – had never met. They hold different ideological views, spanning Tunisia’s diverse spectrum. And yet, independently, each of them spoke about the importance of uniting and cooperating across divisions, including regional, ideological and socio-economic ones.

Though change may be slow, the role of youth in Tunisia today is no less important than it was last year. Like last year, they indicate a desire to stand together despite their differences, and contribute to their country’s future. Let us hope that their country, and the international community, will listen to their voices.