The Central Intelligence Agency (CIA) has got itself into the confused position of fighting Sunni fighters in Iraq, but supporting some of them in Syria. 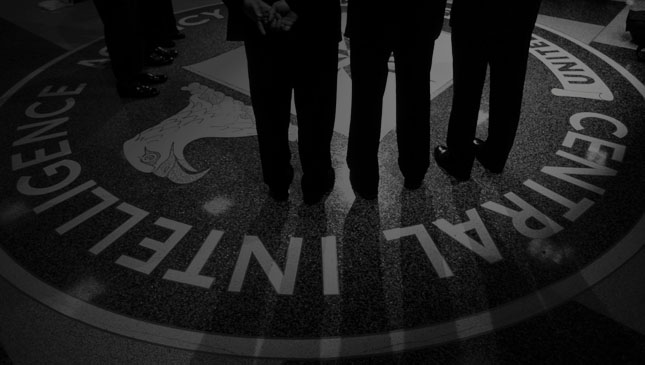 The CIA is also working with the Shiite government in Iraq to limit Sunni success in Syria to Iran’s long-term benefit. All this under-the-table activity comes at a time when US President Barack Obama is claiming that the US has withdrawn from Iraq and does not want to get involved in Syria.

Earlier this month, the Wall Street Journal published an important story pointing out how the CIA was ramping up support to elite Iraqi anti-terrorism units to better fight Al Qaida affiliates, amid alarm in Washington about spillover from the civil war in neighbouring Syria, according to US officials. The newspaper reported that in a series of secret decisions from 2011 to late 2012, the White House directed the CIA to provide support to Iraq’s Counterterrorism Service (CTS), a force that reports directly to Iraqi Prime Minister Nouri Al Maliki.

The CIA has since ramped up its work with the CTS — taking control of a mission run for a long time by the American military, according to administration and defence officials. For years, US special-operations forces worked with CTS against Al Qaida in Iraq. However, the military’s role has dwindled since US troops pulled out of the country at the end of 2011.

However, this CIA activity to support Al Maliki’s crackdown on Sunni opposition has an important link to the violence in Syria. Al Qaida in Iraq, which is the target of the CIA activity, has close ties to the opposition Syrian Al Nusra Front. This radical Islamist group has successfully attacked Syrian government installations and recently took control of a government base and an airfield in northern Syria. The group is the most powerful force in rebel-controlled areas of Syria along the Turkish and Iraqi borders. The US State Department placed Al Nusra on its list of foreign terror organisations in December, quoting its links to Al Qaida in Iraq.

The violence in Syria is already spilling over into Iraq, such as when more than 50 soldiers fighting for the Syrian government sought safety in Iraq from rebel fighters earlier this month, but were killed in an ambush on Iraqi territory by fighters likely to be belonging to Al Qaida in Iraq.

The Iraqi government and US officials saw the attack as an ominous sign of growing collaboration by militants on both sides of the Syria-Iraq border. “Right there, along the border, they have a potential for a spillover of violence. What we just saw happen there is a reminder it is real. It is not just an imagined threat,” a senior defence official said.

The noted investigative writer, Robert Dreyfuss, has commented on the confusion in US policy illustrated by two newspaper reports. The Wall Street Journal has shown that in Iraq, the US is secretly fighting Al Qaida and their radical Sunni allies. However, in Jordan, as the New York Times has reported, the same CIA is training Sunni fighters in Jordan to do battle against the government of President Bashar Al Assad.

So, as Dreyfuss sums up: “We are fighting the people in Iraq that we are promoting in Syria.” He takes his analysis of the confusion further when he looks at the killing of the 50 Syrian government soldiers who had fled to Iraq. In theory, the US should have been delighted with this support for its anti-government actions, but in fact the US is on the other side in Iraq. It is working with Al Maliki to squash Iraqi Al Qaida and Al Maliki is using this support to crush the much wider Sunni opposition to his government. As Dreyfuss says: “We’re helping Al Maliki squash those rebels. Al Maliki, naturally, has his own fish to fry and included among the people he’d like to throw into the frying pan with AQI [Al Qaida in Iraq] and pretty much the whole leadership of Iraq’s Sunnis are the Sunni-led Syrian fighters, too. It would be funny if it weren’t so deadly sad.”

Al Maliki has been clear that he sees a long-term threat to his government from the Sunni activists of Al Nusra. Once the war in Syria is over, he sees Al Nusra turning its attention to supporting Sunni action to destabilise the Iraqi government. One of Al Maliki’s major fears is a strong Sunni leadership emerging in Syria that would be a direct threat to his government. This is why Al Maliki has been much more neutral on any US and Syrian opposition requirement for Al Assad to step down.

Michael Brenner of the University of Texas sums up another long-term confusion in American strategic thinking when he points out that by taking Al Maliki’s view of the threat of Al Nusra, the US is joining hands with Iran (a supporter of the Shiite Al Maliki) in bolstering Shiite efforts to weaken the most effective insurgent force among the Syrian opposition, even as the US is dragging its feet in getting effective assistance to any of the Sunni insurgents in Syria.