Taking a Stand: Lebanon Says No to Violence 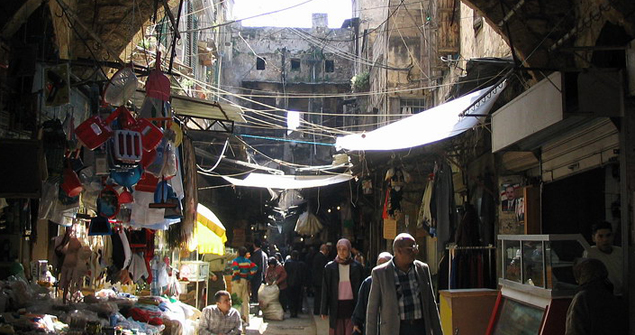 In recent days, the northern Lebanese city of Tripoli has been the site of highly publicised clashes between diverse political and sectarian groups. However while this small minority battles, the majority of Lebanese citizens are standing up against violence – both online and on the ground.

Soon after the clashes began, Lebanese civil society activists condemned the spread of violence through Facebook, Twitter and blogs. Their calls for national unity and to disarm the city circulated online in record time. Building on this public support, activists created new social media pages – many of which gathered over a thousand members.

These ordinary Lebanese citizens are standing up to show that they reject violence, that they are organising to stop it and that, ultimately, they refuse to be silent.

The Facebook group “Tripoli without weapons!” posted an appeal to local and national authorities that read, “. . . We are citizens who condemn the proliferation of weapons in the neighbourhoods and streets of our city Tripoli. We implore the state and all political, executive, security and military authorities to take whatever steps necessary to rid Tripoli of the weapons circulating through it. Yes to a weapon-free Tripoli! “.

Following this appeal, many key individuals declared a city-wide strike to protest the violence that had claimed several lives, and held a demonstration in front of Tripoli’s public administration offices to raise awareness of their cause.

Demonstrators waved Lebanese flags, sang the national anthem and demanded an immediate response to the city’s problems of rampant poverty and a lack of security, which are seen as interrelated. They called on the state to provide better security and reiterated the need for street militias to disarm. The non-violent protest brought together the President of the Municipal Council, members of parliament from the region, as well as leaders from all faith groups and other members of civil society. Their message was clear: Lebanon needs to return to the rule of law and provide security for all, throughout the country.

With the sectarian strife dividing Tripoli, and fearing that the country as a whole is heading once more towards violence, other civil society activists responded quickly through multiple initiatives, this time in Beirut. Online, youth showed their patriotism with pictures they created in response to the situation, with captions that read: “Neither Sunni nor Shiite, nor Christian, nor Druze, but Lebanese.”

“Our union is our salvation” was another slogan activists displayed on the steps of the National Museum in Beirut, where white chairs with the names of victims of the recent violence, unnamed chairs with Lebanese flags, and a large sign reading “That’s enough!” all begged for a return to peace.

In addition, scholars formed online groups to say no to war in Lebanon. The Third Voice for Lebanon is one example of a non-partisan, non-denominational and apolitical grassroots online group which publishes and circulates texts that protest violence and cronyism, as well as the recruitment and the indoctrination of children into militias and extremist groups. It uses peaceful demonstrations in Lebanon and overseas to say no to violence and yes to peace.

Lebanese civil society is calling upon the state to take firm action against violence and the circulation of weapons in poor areas by establishing security and supporting sustainable development that can help end the poverty that drives violence. The hurdles Lebanon faces now are very real. But these collective actions by Lebanon’s diverse, multifaceted civil society demonstrate hope.

Rita Chemaly is a writer and researcher in social and political science and author of the book Spring 2005 in Lebanon, between Myth and Reality. She won the Samir Kassir Award for Freedom of the Press in 2007 and blogs at www.ritachemaly.wordpress.com. This article was written for the Common Ground News Service (CGNews).

2 Responses to Taking a Stand: Lebanon Says No to Violence