Since The Revolution: Victories and Losses 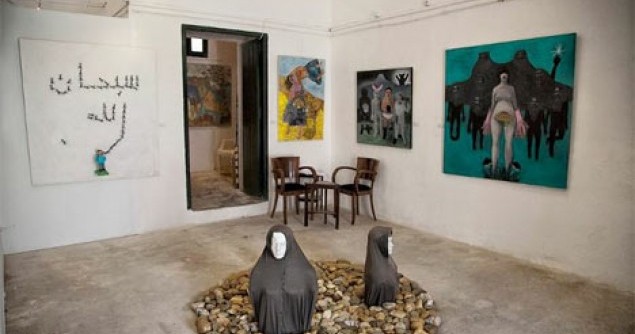 Since the Jasmine Revolution in 2011 and the resignation of President Ben Ali the changes in Tunisia have become clear: the political sphere is now open to everyone and there is now an active civil society. But there have also been problems, including violence during various protests, which show that there is still a great deal of work that remains to be done.

I am a young Tunisian student who actively participated in the revolution. And in the face of the upheaval of post-revolutionary Tunisia, I have to ask myself: what has really changed?

The security situation is unstable, the economy is not in the best shape, and the educational system has not been reformed.

But the future remains to be built, and it’s up to us, as young people, to do it. There are clear signs of hope.

There have been considerable changes when it comes to freedom: freedom of speech and freedom of expression, including the freedom to criticise the government, have become a reality.

However, there are also significant problems: certain extremist movements will only accept their own ideology and do not acknowledge others’ right to freedom of expression. For example, last June during a Tunisian art fair, “Printemps des arts”, which featured work from several local galleries and Tunisian artists, there were violent protests against the exhibition.

Politicians and political parties can correct such deviations away from freedom. Although they have their own political ideologies, they should openly acknowledge the validity of other ideologies and viewpoints in their speeches. This is where true democracy begins.

Similarly, civil society must play its own role in encouraging dialogue and coexistence. It needs to find commonalities between the different parties and remind them of their common ground – Tunisia.

Civil society itself is what has really changed in Tunisia. It is becoming more and more active, even in a political and socio-economic environment that remains unstable.

Associations are springing up everywhere and enriching the civic landscape. There are many examples, from public festivals to conferences to charities. Most recently, on 3 September, an organisation called Mouwatana & Tawassol (Citizenship & Communication), whose objective is fostering awareness about citizenship and civic service, launched an interactive portal designed to help civil society work more closely with the Constituent Assembly, around the time that its current session began.

The association explained in a press release that this portal was created “to follow the Constituent Assembly proceedings and civil society debates and activities focused on the new constitution, in order to serve as an interactive portal between the Assembly, civil society and public opinion.”

It is civil society that constitutes the revolution’s greatest advance and its presence is one of the most secure gains in the post-revolutionary period. It is no longer possible for Tunisia to lack an active civil society.

Tunisia needs the contribution of all sectors, whatever their ideology. To achieve a true democracy, we must find common ground among all Tunisians – a platform that offers everyone the chance to contribute to the development of the country but at the same time respects the beliefs and ideas of all.

Akrem Kaabi is a Tunisian student.