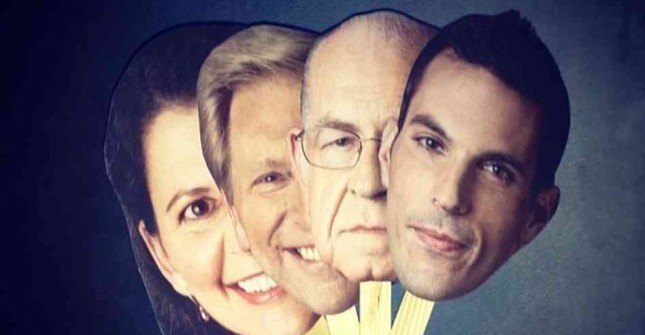 The other afternoon on NPR, Melissa Block interviewed an opponent of intervention in Syria, Joshua Landis of the University of Oklahoma–who argues that Syria would be another Iraq— and promptly brought up Landis’s marriage to a woman from a prominent Alawite family, suggesting that Landis was guilty of dual loyalty in his ideas about Syria.

You will see that the supporter of intervention in Syria who was on the show, Andrew Tabler of the Washington Institute for Near East Policy (the thinktank spinoff of the Israel lobby group AIPAC), then ran with Block’s theme; and Landis, on the defensive, was compelled to assert, “I’m an American… I’m an American trying to keep us out of another Iraq-type of venture.”

BLOCK: Joshua Landis, I’d be curious to hear your perspective, as somebody who married into what I gather is a prominent Syrian Alawite family. Alawites are the minority in Syria, party of President Assad and other elites. Help us understand the Alawite perspective on the rebel movement and the future of their country.

LANDIS: Well, as I said, this is a ethnic war and it’s devolving increasingly towards minorities, who are 20 percent of Syria, led by the Alawites, 12 percent, who have monopolized the military and security forces. They have had their foot on the throats of the Sunni-Arab majority for the last 40 or 50 years. Sunni-Arab majority has finally had enough of this and they’re trying to overthrow this regime…

LANDIS: Could I have one rejoinder? Andrew just said that I’m a regime-supporter for making this argument and therefore trying to scare Americans away. I think that’s an unfair accusation. I’m an American.

TABLER: You’ve got to be kidding, Josh. You have been one of the biggest supporters of Bashar al-Assad for a long time, and look, that’s your position. And I think the argument you make…

LANDIS: That’s completely untrue. And I’m an American trying to keep us out of another Iraq-type of venture.

TABLER: I think that you are…

LANDIS: What you are saying is that Syria’s not like Iraq.

TABLER: I’m sorry I don’t agree with you.

LANDIS: And Syria’s exactly like Iraq. This is not about the regime. This is about America staying out of a quagmire, Andrew.

TABLER: Josh, I just think that your positions have come consistently on side of the regime.

LANDIS: Well, that’s because I want Americans to stay out. I think the Syrians have to settle their own problems.

I find this fascinating. For if Landis’s marriage is fair game– and I think it is– then so are the social and ideological adhesions of neoconservatives. Are they Zionists? Do they have family living in Israel? Why did neoconservatives Richard Perle and David Wurmser– who is married to an Israeli-American– write “A Clean Break” for Netanyahu in 1996, calling for regime change in Iraq? Given these connections to a rightwing foreign regime, should these men have served in George Bush’s foreign-policy braintrust? Did not Elliott Abrams and Paul Wolfowitz, who also were part of that brain trust, have family living in Israel?

What about liberal Aaron David Miller, who tells us in his book that concern for Israel was part of his “ethnic DNA.” Should he have been a peace processor? What about Chuck Schumer, who says his name means guardian in Hebrew and he is a guardian of Israel?

Do we ever hear mainstream media buttonholing these people about their connections to Israel or asking, sincerely, Can you help us understand Zionism in Jewish life? No.

Americans have a right to know about these things. From the very beginnings of political Zionism, when Herzl approached French and English Jews and had the door slammed in his face, Jews expressed the fear that Zionism would cast a question on their patriotism. Eric Alterman has said that to be a Zionist is to be dual loyal:

I was raised dually loyal my whole life. When I went to Hebrew school, the content of my Hebrew school was all about supporting Israel. When my parents who I think are here tonight sent me to Israel when I was 14, on a ZOA [Zionist Organization of America]-sponsored trip… it was drummed into me that I should do what’s best for Israel.

Dual loyalty doesn’t mean disqualification. As Louis Brandeis established, such affinities are just part of the American salad. Fine. We are worldly people. We all have adhesions– some of which go across borders. But as Melissa Block believes, it is sometimes fair to discuss those adhesions. Too bad that principle is only honored when it comes to an opponent of neoconservatism.