More bad news emerged from Israel in recent weeks. Indeed, good news is seldom associated with Israel and its military occupation and institutionalized discrimination and mistreatment of Palestinians. 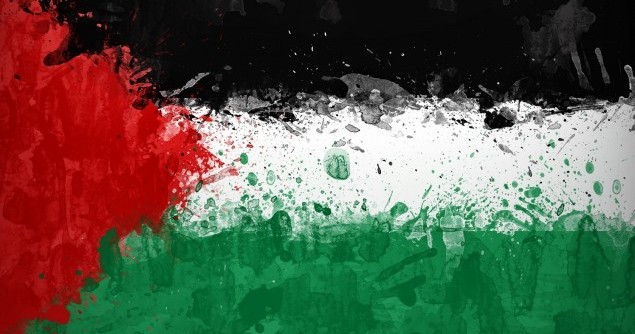 But now even those international organizations that are often supportive of Israel’s militancy seem to be joining the consensus that Tel Aviv is on an irrevocably perilous course.

Yet the Western powers, led by the United States, have brought little pressure to bear on Israel to cease its illegal activities.

In fact, without US and European funding it would have been nearly impossible for Israel to build settlements and transfer over half a million Israelis over the years to live on stolen Palestinian land, in violation of numerous international laws including the Fourth Geneva Convention.

Worse still, trade with European and other countries sustained these illegal settlements, allowing them to flourish at the expense of Palestinians who have suffered massive ethnic cleansing campaigns since 1967.

But at last EU diplomats in east Jerusalem and the West Bank are speaking out in unequivocal terms.

In a report released at the end of last month, the diplomats declared that “settlement construction remains the biggest single threat to the two-state solution. It is systematic, deliberate and provocative.”

The report called on EU states “not to support … research, education and technological co-operation” with settlements and to “discourage” investing in Israeli companies that operate in the occupied territories.

Expectedly, the report is non-binding. And even if such recommendations are considered, Israel and its EU friends and lobbyists are likely to find loopholes that would deprive any EU action of substance and vigor.

Without civil society action focused on turning up the heat on European governments, especially die-hard supporters of Israel such as the British government, business with Israel is most likely to carry on as usual.

Last January an Oxfam report said that the Palestinian economy, which is currently in utter disarray, could generate urgently needed income – $1.5 billion to be exact – if Israel eased its restrictions in the Jordan Valley alone.

But without suitable access to their own land and to water sources, Palestinians in the valley continue to struggle while the settlers are thriving.

Although the US government is well known to have done everything in its power to defend Israel at any cost and ensure Israel’s superiority and military edge over all of its neighbors, the EU has falsely acquired a more balanced reputation. Nothing could be further from the truth.

In a recent report the Palestinian rights group al-Haq emphasized that trading in produce grown in settlements had “directly contributed to the growth and viability of settlements by providing an essential source of revenue that allows them to thrive.”

The reported value of total EU trade with illegal Israeli settlements amounts to approximately $300 million a year. This may appear small compared with the $39bn of total trade between the EU and Israel reported in 2011, for example, but it does mean that “the EU has some room for leverage given it is Israel’s largest trade partner, and it receives some 20 per cent of total Israeli exports,” as pointed out by Dalia Hatuqa writing for al-Monitor.

The fact is that Europe is ultimately taking part in the subjugation of the Palestinians by funding Israel’s illegal occupation and its massively growing settler population. And no amount of diplomatic “recommendations” or newspeak can alter that fact.

But settlement growth cannot be considered in a vacuum. It makes no sense to talk about boycotting settlements while supporting the main organs that ordered or sanctioned the illegal settlements in the first place.

So differentiating between products made in Israel or those made in the settlements is absurd at best.

The settlers are not self-sustaining autonomous outposts. They are considered part and parcel of the so-called Israel proper.

In the eyes of the Israeli government there is little distinction between settlers from Ma’ale Adumim or residents of Tel Aviv.

Yigal Palmore of the Israeli Foreign Ministry responded to the EU report in withering terms.

“A diplomat’s mission is to build bridges and bring people together, not to foster confrontation. The EU consuls have clearly failed in their mission,” he said.

Nothing is random in Israeli planning. As is already the case in various parts of the occupied territories, Palestinians are becoming an unwanted presence on their own land.

Prime Minister Benjamin Netanyahu’s has decided to develop more settlements in an area known as E1, which is set to cut off east Jerusalem from the rest of the West Bank.

There is unlikely to be a turning back from the construction plans, which include the building of 3,000 settler homes in the land corridor near Jerusalem.

Israel is unrelenting and seems to have no regard for international law. It is emboldened in its actions by the weakness of its neighbors, the unhindered backing of its friends, and the gutlessness of its critics, who all too often are consumed in intellectual tussles over the boundaries of language and proper ways to frame the discourse.

None of this wrangling is of any concern to Israel, which is merely winning time to achieve its own harrowingly ugly version of apartheid.

For those who still feel uneasy with this provocative term, consider the latest Israeli transport ministry’s initiative. It has designated bus line No 210, which shuttles cheap Palestinian laborers to and from the West Bank, to be “Palestinian only.”

Of course this is not an isolated policy but a continuation of a dreadful track record.

Bad news from Israel is likely to continue.

Almost every day there is a new disturbing development in Israeli practices against Palestinians.

All too often this is merely met with feeble international criticism without any substantial action.

Civil society organizations and groups must tell their governments that enough is enough.

While Israel should be held responsible for its own behavior, the EU and other countries should not finance the occupation while decrying the settlements. This hypocrisy can no longer be tolerated.