The Plan To ‘Capture Gaza’ Is Nearing Critical Point 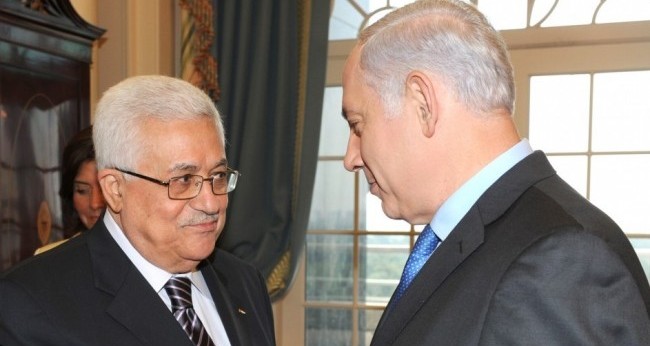 Since the Hamas election victory in January 2006 — and particularly after the Hamas-Fatah clashes and split between Gaza and the West Bank in the summer of 2007 — Gaza has undergone a disturbing human experiment, whose toll is unprecedented in the history of the impoverished Strip.

The plotters involve the usual suspects, each with a clear set of objectives behind the isolation and targeting of Gaza. The US and Israel have worked tirelessly to divide Palestinians and derail any chances of a unified government, let alone a cohesive national project. This helped Israel achieve two objectives: Blaming Palestinians for a lack of leadership (as in ‘we don’t have a peace partner’) for the collapse of the so-called peace process and creating distractions as it continued with the construction of its Apartheid Wall and colonies throughout the Occupied Territories.

The Palestinian National Authority (PNA) has assumed the role of the local collaborator and has done its outmost to undermine Hamas at every turn. The US has ensured that no unity agreement is signed between Hamas and the PNA’s ruling Fatah party and if any such agreement is ever reached, it will never be honored. Israel moved into Gaza from time to time to test the resolve of Palestinian resistance, to ‘teach Gaza a lesson’ and to ensure that Hamas’ reign comes at a heavy price. PNA President Mahmoud Abbas’s Fatah was spoiled with much ‘aid’ and perks. Its officials are well paid, even when the rest of the Palestinians are not paid at all. According to VisualizingImpact.org, Palestinian politicians are the second highest paid in the world after Kenya, as a multiple of gross domestic product per capita.

Abbas, his officials and PNA security bosses have no reason to abandon such a sweet arrangement, especially if the other option will be to let go of their riches and embrace a national liberation project, the cost of which could be too high for pampered men to bear.

Isolated, lacking political savvy and out of options, Hamas made some costly mistakes, especially following the Arab upheaval that promised change, but threw the entire region into a high-stakes political gamble. Hamas became even more isolated, especially after the July military coup against Egypt’s first elected president. Mohammad Mursi, despite immense pressure, was much kinder to Palestinians in Gaza than his predecessor Hosni Mubarak, who was an important player in the Gaza experiment. His regime worked diligently to ensure that the siege on Gaza was complete and that an Islamic movement at his country’s doorsteps had no chance of proving politically viable.

The Mubarak regime played its role according to the script and greatly benefited too. For his tenacious efforts to contain ‘radical Islamists’ in Gaza, Mubarak was spared the sham democracy crusade launched by former US president George W. Bush. The US was and remains completely oblivious to numerous human rights violations carried out by Egypt’s security apparatus, the curtailing of freedoms and the brazen denial of basic rights of Egyptian citizens. US Congress seemed much more forgiving of Egypt’s abuses, compared to rights abuses carried out by other regimes — thanks in part to Egypt’s six-year-long crackdown on Gaza. Out of the four crossings that connect Gaza to the world, Israel is sealing three, while Egypt is choking the fourth and in the last two months, it has destroyed all tunnels that Gazans had dug to smuggle food and other urgent supplies. It is believed that some of these tunnels are also a source of arms that Palestinians in Gaza use in their war with Israel. As Gaza dies slowly, the waiting game continues. All parties — Israel, US, Egypt and the PNA and their regional allies are coordinating their efforts to ensure Hamas’ demise and PNA’s return to power.

In an article titled ‘Gaza: Crushed between Israel and Egypt’, Jonathan Cook wrote of a ‘cynical game’ that is on in full swing. The game expects the Egyptian military to destroy all tunnels and to close the Rafah border crossing for Israel to turn a blind eye to “Egypt pouring troops, as well as tanks and helicopters, into Sinai in violation of the 1979 peace treaty,” so that Gaza can become dependent on Israel’s ‘good favor’ once more. All of this is to “bolster the image of Abbas” and to present the PNA as a sane option as opposed to Hamas’ caustic policies.

Meanwhile, in the name of “national security”, Egypt seems to be planning something sinister as well. Apart from cutting Gaza off, its navy is attacking and imprisoning Gaza fisherman and its generals are constantly accusing Gaza of playing a role in the security unrest in Sinai. One of Egypt’s most prominent military leaders, General Ahmad Wasfi, warned “Gaza jihadists” in Kuwait’s Al Rai newspaper, saying he would “cut off the head of anyone who tries to threaten Egypt’s security”. This comes shortly after Egypt’s Foreign Minister, Nabeel Fahmy, threatened war on the Gaza Strip. More recently, Israeli daily Jerusalem Post cited a senior Egyptian source commenting to West Bank-based Ma’an news agency that “the Egyptian army has planned military attacks on specific targets in the Gaza Strip in the event that the security situation in the northern Sinai peninsula deteriorates”. According to the source, “Egyptian reconnaissance planes had photographed the potential targets”.

It is payback time as far as the plotters are concerned. Israel’s failed, albeit very violent wars on Gaza, fell short of eradicating Hamas or rooting out the Strip’s resistance groups. The US’s carrot-and-stick policies also failed as did most of US policies in the Middle East since the invasion of Iraq, if not even before. As for Abbas, his credibility is at an all-time low and the only reason he remains in charge is because Israel sees some benefits in his continued presence. But since the overthrow of the Muslim Brotherhood-dominated government in Egypt, efforts have been renewed with earnest — this time involving all parties.

For months, there has been growing talk of a new “popular” movement in Gaza to topple Hamas. The movement is modeled after Egypt’s protests of June 29, which emboldened the military coup by Egypt’s strongman General Abdul Fatah Al Sissi. Hamas claims that several cells affiliated to Egyptian intelligence have been apprehended in Gaza. Protests are also planned for next month. “Hamas’ political rival, Fatah … is reported to be behind the new protest movement,” wrote Cook.

True, Hamas is now politically at its weakest, thereby creating an opportunity for its many enemies to make their move. But this is not just about Hamas. The ultimate aim is to remold Gaza, the heart of Palestinian resistance, and to turn the strip into an extension of its western-styled Ramallah under Abbas with its handsomely paid officials. If this goal is achieved, it will come at a very high price that will be exacted not just from Gaza, but from all Palestinians