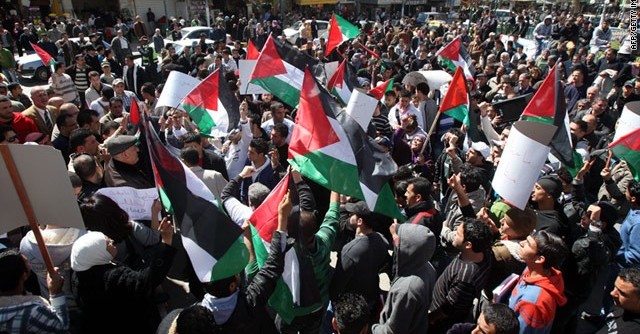 When Hamas and Fatah representatives met in Gaza on June 04, there was little media fanfare. In fact, neither party expected much attention to their ‘unity talks’ aside from the occasional references to ‘national reconciliation’, ‘building bridges’ and the ‘obstacles’ along the way.

And since then, there was yet more proof that the Gaza talks were another futile exercise to breathe unity between political factions that were never united to begin with, nor possess the minimal requirement of a shared political platform, let alone vision.

Ample analysis has been offered by way of anchoring the Hamas-Fatah split to a specific point in time. Some of these references point to the January 2006 parliamentary elections in which Hamas won the majority vote, to Palestinian Authority (PA) president Mahmoud Abbas’ decision to dissolve the last unity government on June 14, 2007, or to the bloody ousting of Fatah from Gaza after a brief, but bloody fight the following month.

None of this, however, can fairly explain the underpinning of that split. Palestinians in Gaza, in particular, remember a different narrative, one that goes back years before the failed talks, the civil war and even the Oslo accord itself.

It is important to note that Hamas was formed in 1987 to challenge what they perceived as the secular nature of the Palestine Liberation Organization (PLO). Its founders, in part, wanted to offer themselves as an alternative to Fatah’s unchallenged reign over the Palestinian political culture. The Hamas alternative received a huge boast following Fatah’s eventual failure, not merely to achieve Palestinian rights, but to unabashedly exchange them for imagined political perks, international aid – translated to personal wealth – and much more.

The underlying problem is that Hamas’ own inception was predicated on the constant contrasts with Fatah and its ideology – perceived as ‘ilmaniya, meaning secularism. Its successes were almost always coupled with Fatah’s shortcomings. It impressed ordinary Palestinians with its armed resistance at a time when the Fatah leadership disowned armed struggle which at one point had been the cornerstone of its manifesto. In other words, whenever the Fatah stock dropped, the Hamas stocks grew. And whenever Fatah leaders made an unconditional ‘compromise’ to Israel under American pressure, the Hamas stock skyrocketed.

For over 25 years this political saga manifested itself in numerous other ways. It is embedded in the very culture to which supporters of both factions subscribe: in the language they use, historical references they make, the songs they sing, the symbols they adhere to, even the mosques in which they pray and the type of attire they wear. A whole volume is needed to even scratch the surface of the culture split within which Palestinian society has subsisted for many years. To imagine for a fleeting moment that Palestinians can reconcile through some obscure meetings that bring Fatah’s central committee member Nabil Shaath and Hamas’ Imad Alami – or any other combination – together, is too frivolous a thought to be taken seriously.

Last May, both factions had agreed to a timetable that didn’t exceed three months, during which they formed a unity government and prepared for elections. However, they did much to counter these very efforts, as both sides indulged in using the same polarizing language, dismissing the other with complete impunity, arresting each other’s members and so on. Moreover, both factions carried on with a political line that was contrary to the many promises made since the reconciliation treaty signed over two years ago, and all other meetings, statements and press conferences held since then.

Also since then, Abbas formed a short-lived government – so short-lived in fact that future historians are likely to omit the uneventful week or so when addressing the PA’s uninspiring past. Moreover, the Fatah PA leader is willingly walking into another ‘peace process’ pretense, this time under the auspices of US Secretary of State John Kerry. The American diplomat is giving little details about the nature of his latest shuttle diplomacy efforts, starting June 28. But this was his fifth trip to the region and it is being compared to Henry Kissinger’s shuttle diplomacy of the 1970s. History has taught us that little good can be expected from all of this, of course, but, unsurprisingly, Abbas is playing along, to the dismay of Hamas.

Following a Friday prayer sermon in Gaza, Hamas’ prime minister Ismail Haniya implored: “We ask brothers in the Palestinian Authority and Abu Mazen (Abbas) not to fall yet again into the trap of talks.” Before talking to Israel, Haniya insisted, Abbas must “build a Palestinian strategy based on reinstating unity and ending division.”

Of course, Hamas is doing little to tone down the rhetoric or to truly work towards achieving that coveted ‘unity.’ The Islamic group is politically evolving in its own direction, with self-preservation topping its agenda, and almost completely independent from the rest of Palestinian factions. It is formulating a political program that is predicated on essentially exclusive priorities: capitalizing on the current political remake of the Middle East, thriving with financial and political support emanating from rich Gulf countries, and forming its own political alliances from Doha to Istanbul.

Such an approach would not have been as problematic if it were not for the fact that it is evolving in a direction that is perhaps beneficial to Hamas as a movement, but hardly to the Palestinian national project, whose dimensions transcend political geography, ideology or religion.

Unity talks between two factions with track records that give greater priority to the faction over the collective interest of a nation will not succeed, even if they seemingly succeed. Fatah has historically been the dominant faction, and over the years has morphed into a culture that can only accept dominance over all the others. Hamas was formed to counteract the Fatah culture and to offer an equally overriding narrative. Their problem is too deep to disentangle with simple terminology and overcome with wishful thinking.

The problem is principally Palestinian and can only be resolved using national platforms that appeal to the individual, free from factionalism, and to the collective, free from the confining symbolism and polarizing discourses. A national debate must start soon so that it can address the Palestinian national identity and truly unite Palestinians around common objectives. This should have already been the case for many years, rather than the investment in fragmentation and self-serving politics.