‘Palestine? Not a Priority’: Internal Fissures Evident in Israel 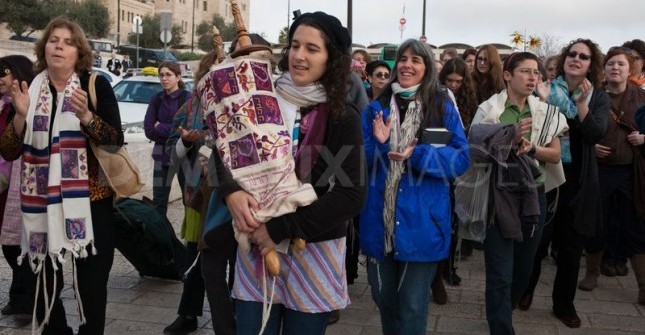 A claim often made by ordinary Palestinians when discussing their conflict with Israel goes like this: Israel is a state comprised of such varied ethnic, religious and social groups that the only glue binding it together is hatred of Palestinians and Arabs.

“You know why Israel’s leaders can’t make peace?” a Palestinian friend asked recently. “Because if the conflict ever ended, Israeli Jews would start tearing out each other’s throats.”

Some Israelis are thinking along similar lines. Commentator Asher Schechter noted in the Haaretz newspaper this month that, with the Palestinians caged behind walls and fences, the occupation no longer registered in most of his compatriots’ thoughts.

Israelis, he added, “have been freed to finally deal with their own internal problems: inequality, the soaring cost of living, corruption, religious freedom and the separation of religion and state”.

The evidence seems to bear out his assessment. As the Palestinians and the peace process have slipped out of view, Israelis have begun to take to the streets on precisely these kinds of internal and divisive issues.

Two protest movements that have captured public attention in recent weeks may hint at things to come.

The best known are the social justice protests, which began two years ago, just as the Palestinian “problem” slipped off most Israelis’ radar. The demonstrations surfaced again a few weeks ago as the Israeli parliament prepared to pass an austerity budget. Thousands marched in major cities earlier this month demanding an improvement in living standards.

The demonstrations followed on the heels of figures revealing that Israel already has the highest levels of poverty of the 34 developed countries surveyed by the Organisation for Economic Cooperation and Development. Israelis learnt that they have more poor than Mexico.

At the same time, a movement calling itself Women of the Wall has shaken up long-cherished religious conventions to the fury of Israel’s rabbinical establishment. This month, Orthodox worshippers threw stones, chairs and invective at the women as they tried to pray at the Western Wall in Jerusalem’s Old City in the same traditional manner as men, wearing prayer shawls and phylacteries.

The temperature at these confrontations has risen considerably after a recent court ruling forced the police to protect the women rather than arrest them, as they had been doing.

Nonetheless, any Palestinian who hoped this might signal the beginning of Israeli society’s disintegration should think again. There are plenty of reasons to doubt that most Israeli Jews are ready to break free of the militaristic and nationalist thinking that has dominated Zionism for decades.

The social justice campaigners are a case in point. The protest’s main slogan was that all Israelis should “share the burden”, a complaint that too many religious Jews, the ultra-Orthodox, are not pulling their weight. They are accused of shirking work and failing to serve in the army.

What the protesters seem wilfully blind to is that the biggest drain on the national budget is not this poor, marginalised community but two privileged groups that are the central pillars of the occupation.

The settlers receive a host of benefits unavailable to other Israelis to encourage their lawbreaking lifestyle, while the Israeli army eats up a sixth of the already overstretched national budget to protect them. Astoundingly, those marching recently appeared unconcerned that the government has agreed to raise the army’s share of the budget by another $1.4 billion (Dh5.1 billion) over the next five years, as ordinary Israelis face a steep climb in taxes and heavy cuts to services.

Similarly, the supposedly feminist Women of the Wall fighting the religious establishment have adopted as their cause a relic of ancient Jerusalem that was not even considered a Jewish holy site until a few hundred years ago.

Israel’s leaders hope to quieten the protests by creating a new prayer section to keep men and women separate. But to do so, they need to extend the prayer plaza at the Western Wall, damaging an archaeological area important to Muslims that is next to the Al Aqsa Mosque. They will also thereby violate the status-quo agreement at one of the most incendiary sites in the Israeli-Palestinian conflict.

While the protests indicate a need for change in Israel, both popular movements are stuck in a narrow, chauvinist worldview that makes meaningful reform unachievable. In practice, the social justice movement is more interested in sanctifying the military than helping weak social groups, while the Women of the Wall want to intensify the veneration of a religious-nationalist symbol that has made the division of Jerusalem in peace talks seemingly impossible.

For those seeking to decipher the deeper trends in Israeli society, a more useful barometer is a wave of recent attacks directed at vulnerable non-Jewish groups. Asylum seekers from Africa regularly face mob violence in a supposedly liberal city like Tel Aviv; non-Jewish players joining Israeli football clubs find themselves cursed and spat at from the terraces; and Israel’s own 1.4 million Arab citizens are facing an unprecedented spate of individual beatings and attacks on their communities, including the torching of three cars on May 14 in a so-called “price-tag” attack by settlers.

These outrages merit barely a whisper of dissent from most Israeli Jews, including the government, which is stoking much of the hatred.

The reality is that Israeli Jews are still far more likely to turn on the “foreigner”, whether Palestinians, the country’s Arab minority or refugees, than on their own. And should it ever look otherwise, there can be little doubt that Israel’s leaders are only too ready to generate a crisis or war – with the Palestinians, the Arab states or Iran – to make sure Israeli Jews return to the fold.