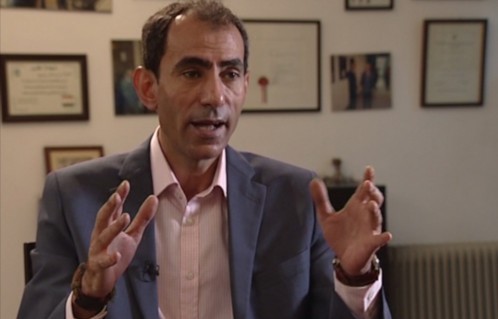 What’s the story? Yosri Fouda, a prominent Egyptian political talk show host, suspended his programme indefinitely on Friday to protest what he said were efforts by the country’s military rulers to stifle free expression.

So the military aren’t keen on ‘freedom of expression’?  Name me an army that is.

I take your point. The military tend to be particularly vexed by journalists who take an interest in what they’re up to. Is that the case here?   Fouda’s program on the private ONTV station was due to host a vocal critic of Egypt’s military rulers, as well as another presenter who had interviewed two generals from the ruling military council the night before.

They were expected to discuss that particular interview. In this the generals made a good job of swerving past specific questions about their role in the crackdown on a protest a week earlier that left 27 protesters, mostly Christians, dead.  Their ‘stonewalling’ left activists angry and eager for a full analysis of the situation.

Has Yosri said anything publicly on the situation?  Yes in a statement posted online he said that his decision to call off his “The Final Word” program is a protest against “increasing efforts “to maintain the core of the regime which people went out into the streets to bring down, after it filled our world with corruption, immorality and treachery.”

“This is a cry from the heart,” he said. “Egypt deserves better than this. This is my way of self-censorship, either to say the truth or to be silent.”

But this is an unfortunate one-off, right? Well, not exactly.  The Council of Generals have angered rights groups by enacting a range of edicts which have restricted press freedom.  They have, for instance, stopped issuing new licenses for private satellite TV stations and have pressured journalists whom they say are ‘inciting violence.

This story will run and run? It looks like it.