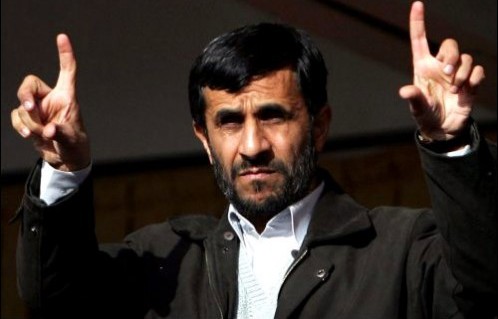 The terror group al Qaeda has found itself curiously in agreement with the “Great Satan” — which it calls the U.S. — in issuing a stern message to Iranian President Mahmoud Ahmadinejad: stop spreading 9/11 conspiracy theories.

In the latest issue of the al Qaeda English-language magazine “Inspire”, an author appears to take offense to the “ridiculous” theory repeatedly spread by Ahmadinejad that the 9/11 terror attacks were actually carried out by the U.S. government in order to provide a pretext to invade the Middle East.

“The Iranian government has professed on the tongue of its president Ahmadinejad that it does not believe that al Qaeda was behind 9/11 but rather, the U.S. government,” an article reads. “So we may ask the question: why would Iran ascribe to such a ridiculous belief that stands in the face of all logic and evidence?”

Though Iran was the first of the two to use the “Great Satan” as a synonym for the U.S., the author claims that Iran sees itself as a rival for al Qaeda when it comes to anti-Americanism and was jealous of the 9/11 attacks.

“For them, al Qaeda was a competitor for the hearts and minds of the disenfranchised Muslims around the world,” the article says. “Al Qaeda… succeeded in what Iran couldn’t. Therefore it was necessary for the Iranians to discredit 9/11 and what better way to do so? Conspiracy theories.”

A friend points out that life is imitating The Onion.