Beware: The Power and Curse of Democracy 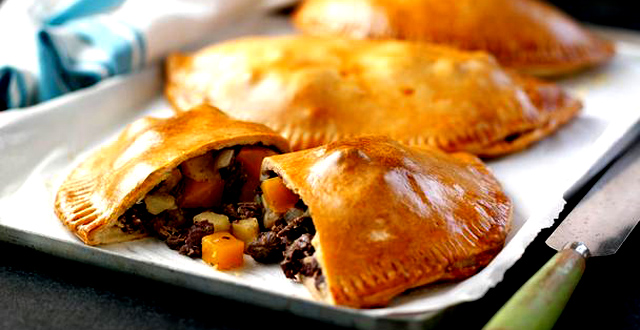 Leaders around the world, beware! If you’ve forgotten how important it is to be in touch with those you lead, then take an object lesson this week from the British chancellor, George Osborne. In his latest budget pronouncement, he introduced a tax on hot pasties – those deep-filled pastries so beloved of ordinary Brits during their lunchtimes.

Osborne was asked with barely-hidden derision about the last time he bought a pasty from Greggs, the country’s largest high street bakery. He looked stumped and this has had the media running headlines underscoring the fact that his party is out of touch with ordinary people.

In fact, in just the last two weeks, his Conservative Party appears to be less and less in touch with “normal” people. Its co-treasurer was secretly filmed offering access to dinner with the prime minister, David Cameron, along with the possibility to influence policy for £250,000 (Dh1.46 million); they’ve cut tax for the richest earners; and refused to raise allowances for pensioners, creating more headlines about “granny taxes”. They couldn’t have paid for better re-enforcement of their brand as the party of the rich if they’d tried.

The accusation of being out of touch with people is damning for any form of government, but it is the worst form of insult in a democracy where power is supposed to reside with the people. As the Chinese philosopher Lao Tzu put it, leaders are worst “when people are contemptuous”.

But leaders, beware! Danger also lies the other way. The French president, Nicolas Sarkozy, is pandering to the extreme right to win voters back from the Front National, by playing up to the lowest common denominator of anti-immigrant racist sentiment. In a country that already faces huge social problems, and in whose living memory remain the horrors of Nazi atrocities and the Second World War, his actions in fomenting such attitudes to win votes are despicable.

While democracy empowers people, surely one of its unavoidable curses is that leaders must divert their energies, attentions and resources while wooing the electorate. Watch any US presidential hopeful and you’ll see the vast financial outlay, the hordes of volunteers, the months (if not years) dedicated towards voter seduction. The 2008 elections are said to have cost $1.8 billion (Dh6.6bn), double the amount of 2004. This year’s race will probably cost even more. Is this really power to the people, or is the truth that money talks, and big money brings big power?

Even social activists and religious leaders understand that they must win the hearts of the public if they hope to effect the change that they believe society needs.

Ultimately, inspiring and effective leaders are those who combine the visionary with the common touch. They understand the here-and-now of our lives but can galvanise us towards something different, something better.

What we hope from politicians is that they show moral leadership and move countries forward while remaining in touch with the reality of life as most of us live it. We expect some backbone and some respect. We are not aliens who should eat colder food, have base attitudes fanned, nor have our allegiances bought. Leaders, beware: we are the people, and in your actions you are accountable to us.