J Street: Is It Making Any Difference At All? 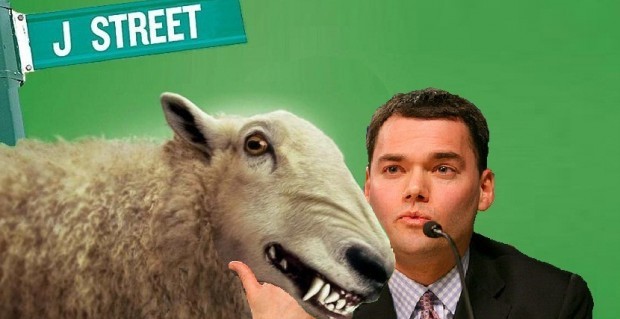 Recently, the self-described “pro-Israel, pro-peace” American organisation J Street held its third annual conference in Washington, DC. Many on the American Jewish left have been increasingly critical of J Street, either for shifting to the right, or for failing to bring about any meaningful developments in terms of Israeli-Palestinian peace.

Some of these criticisms have resonated with me, specifically those of J Street’s decision to invite former Israeli Prime Minister Ehud Olmert, who has been accused of war crimes and indicted for fraud, to headline its gala dinner. However, my criticism came from a place of deep respect and admiration for what J Street has done and continues to do, and I believe it would be a mistake to overlook its contribution towards opening the discourse in the United States around a peaceful solution to the Israeli-Palestinian conflict.

J Street was founded with two major purposes. The first was influencing American policymakers to take a more active role in ending the Israeli-Palestinian conflict by pushing for a two-state solution. The second was creating a new discourse among the American Jewish community that allows for a wide range of opinions about Israeli policy and actions, one that embraces dissent and disagreement, and one that redefines what it means to be “pro-Israel”.

In addition to its opposition to many Israeli policies, especially those concerning Palestinians and the Occupation, J Street was founded out of a place of deep love for Israel and its people, with the hope of ensuring the continued existence of a safe, flourishing Israel, side by side with an independent, safe Palestinian state.

As for J Street’s first goal, the jury is still out. Both houses of the US Congress remain deeply supportive of virtually all Israeli policies, as indicated by the 29 standing ovations right-wing Israeli Prime Minister Benjamin Netanyahu received when he spoke in 2011. And the Obama administration, despite the good intentions laid out in Obama’s 2009 Cairo speech, has failed in its attempts to bring the two parties to any serious negotiations. J Street cannot be faulted for the ways in which the American political establishment continues to fail to be a force for peace or progress in the Middle East, but neither can it claim meaningful victory in this field.

On the other hand, the recent J Street conference showed that the organisation’s second reason for existence, creating a space in the American Jewish community that allows for a variety of opinions about Israeli policy and which embraces debate, continues to resonate and reverberate. For example, in the fall of 2009, when J Street held its first conference, there were about 200 students in attendance. This recent conference drew around 650 university students from over 120 colleges and universities around the United States through J Street U, the organisation’s university arm.

There is a real thirst among American Jewish youth for an alternative discourse on Israeli politics and policies, and J Street has offered a way for many individuals to quench that thirst. The conference itself served as an amazing space, for the third year in a row, in which left wing and liberal activists, writers, thinkers, and seekers could talk, meet and debate about the issues, and its headline speakers offered a variety of perspectives not often heard in the mainstream American Jewish community. These included Mustapha Barghouti, who spoke in powerful, hard-hitting language against the Occupation and Aziz Abu Sarah, a Palestinian activist and writer whose brother was killed in Israeli prison in the 1990s, who brought his message of nonviolence to the conference. Organisations like the human rights centre B’tselem, Rabbis for Human Rights and Just Vision, which supports nonviolent movements, exposed conference attendees to the worst sides of Israel’s occupation, but from a place of true concern and love for Israelis and Palestinians alike.

Currently, the chances for any progress in terms of an American-brokered two state resolution to the Israeli-Palestinian conflict are almost none before November 2012. Assuming that Obama is reelected, and that war with Iran has not broken out, J Street will likely resume its push for American-led negotiations between Israel and the Palestinian Authority.

Meanwhile, I hope that J Street continues to create a space for open, honest discussion of the Israeli-Palestinian conflict and how to solve it, and is cautious of decisions that could alienate its more left-wing Jewish base and Palestinian allies. Despite political stagnation and the conflict continuing to spiral out of control, J Street still deserves much praise for what it has done to open up the discourse on these issues within the American Jewish community.

Moriel Rothman is an American Israeli activist and writer. He served as Student Board President of J Street U during the 2010-2011 academic year, and is currently based in Jerusalem, where he is active with Rabbis for Human Rights.

4 Responses to J Street: Is It Making Any Difference At All?