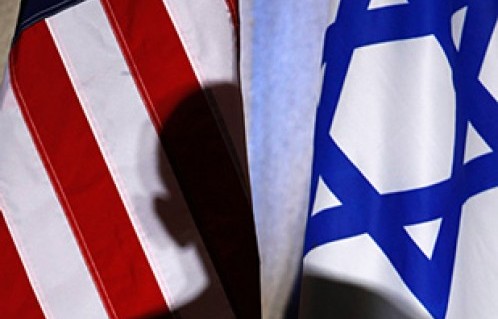 Many in the US support the Palestinian UN bid to help achieve our national strategic interest for ending the Israeli occupation by establishing a two state solution. Americans are also supportive of Palestinian UN bid because it may offer us the opportunity to discard the strong domestic political hold the Israeli Palestinian issue has exerted on our domestic politics; its enormous financial cost; and its negative impact on our national interests, security and international standing.

By seeking an international role for ending the Israeli occupation the PA openly demonstrated the disappointing US role of more than 20 years of active political involvement in advancing our national self-interests. More critically  it also substantiated the role domestic politics plays in undermining US declared strategic objectives in establishing viable concrete solutions to end the Israeli Palestinian conflict.

Since the 70’s one US administration after another insisted that we remain the lead broker and facilitator of Palestinian Israeli negotiations. Each US president proposed their own initiatives dispatching and deploying countless numbers of diplomats with marginal results. On few occasions the US attempted to advance peace proposals that are reflective of our US strategic interests, these initiatives faced considerable domestic pressure and ultimately they were either suspended or abandoned. This was clearly displayed during president Obama’s first year in office.

Upon assuming office President Obama publicly stated and outlined our US strategic interests in ending the conflict through a negotiated settlement based on a two state solution- a Palestinian State and an Israeli State. Obama launched an extensive diplomatic effort to resume Palestinian Israeli negotiations and one condition- for Israel to “freeze” its settlement building. In January 2009 Obama appointed his administration’s Special Envoy to the Arab-Israeli Peace Process George Mitchell to lead his diplomatic efforts in the region with a specific time line. Prime Minster Natanyahu refused to extend the settlement-building freeze.

Israel rebuked President Obama’s publicly stated US strategic interests, and his administrations’ Middle- East policy as articulated by his Special Middle East Envoy by announcing Natanyahu’s government plan to build 1,600 housing units across the Green Line in East Jerusalem during Vice President Joe Biden’s visit to Israel. Within a few months Obama yielded to domestic pressure retreating from his one condition and soon after accepted the resignation of his lead diplomatic envoy to the region George Mitchell. Meanwhile Israel blatantly continued its settlement-building activities in East Jerusalem and the West Bank unabated.

Since the 70’s the Palestinian Israeli conflict has defined US political candidates allowing AIPAC and its ambiguously and not so ambiguously labeled 200 non profit PACs, conservative organizations, and religious supporters to establish clear conditions for US political hopefuls. Collectively they defined the viability of a candidate, president, and congressional leader based on his or her support of Israel’s political and military objectives and international agenda, while important national issues were overlooked.

Consequently Americans have elected political leaders who are strong defenders of Israel, but are not as invested in many of the national critical issues we face today. Meanwhile our government continues to squander and divert our hard earned taxes, draining our precious resources and underfunding domestic programs such as health care, education, housing, and jobs at home to help support Israeli policies of expansion, its illegal settlement enterprise and maintain its military edge.

The PA UN bid has come at a time when the US public is more aware of the human and political cost of the Israeli occupation. Today there is considerable US public grass root support for an independent Palestinian State. In addition the Palestinian initiative  brought to light our domestic political structural defects that has allowed  US Israeli supporters and lobby a strong hold on our domestic politics that compromise our ability to advance our national strategic interests- as defined by former US administrations and the current president.

Not surprisingly many Americans are welcoming the Palestinian UN bid in hope that internationalizing the Palestinian occupation may offer us the prospect to be free of the Israeli Palestinian issue that has for too long been a litmus test for every national candidate and political office hopeful. While in the short term this may not translate into a drastic shift in the US role and policies in the region, but in the foreseeable future it offers us the likelihood of liberating our political parties and politicians from the control of this one issue that has dominated our domestic political landscape.

One Response to Is Israel’s Iron Grip on U.S Politics Slipping?