Qatar and Her Neighbours in the Cablegate Releases 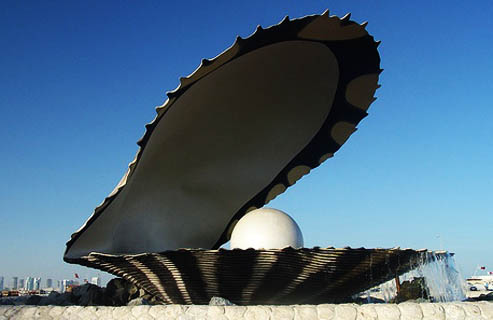 As with most of the cables, we did not learn anything overly new but had existing suspicious confirmed. Qatar maintains a close relationship with Iran to safeguard its “trillions of dollars of potential wealth”. Nevertheless, the Head of the Army noted that “while we’re neighbours, we’re not friends” and HBJ (the Foreign and Prime Minister) bluntly states that “we lie to them, and they lie to us.”

Regarding Al Udeid, it was noted that the U.S. pays no rent, Qatar funded 60% of the improvements on the base and would not allow it to be used as a base for “kinetic operations” [what a phrase!] against Iran [as the Emir also noted in a recent interview]. Only a “permanent USG security guarantee to Qatar, to include its offshore gas fields shared with Iran” could (perhaps) persuade Qatar to change its position.

When U.S. Deputy Secretary thanked HBJ for Qatar’s support for the victims of Hurricane Katrina, he replied that “We might have our own Katrina.” An allusion, it was suggested, regarding potential crises in the Qatar-Iran relationship and the Qatari reciprocal need for support [quid pro Clarisse…etc].

The Head of the Army, to whom the responsibility falls for maintaining a strong U.S. military relationship, complained that Qatar had been “disapproved” of the Large Aircraft Infrared Countermeasures (LAIRCM) system as an add-on to their purchase of c-17s. (It is an automatic counter-missile system). Others in the region had been granted this system.

It is reasonable to assume that this addition was left off specifically for the U.S. to use in a quid-pro-quo. Assistant Secretary of Defence Vershbow, for example, suggests that were Qatar to “bring about a change in Hamas’s behaviour, it could enhance the U.S.–Qatar strategic relationship.”

Qatar’s record on anti-terrorist activity is noted as being conspicuously poor. The NYT records that Qatar is the “worst in the region” in counterterrorism efforts and its security services were “hesitant to act against known terrorist out of concern for appearing to be aligned with the U.S. and provoking reprisals.” Additionally, the leaked (available) cables note that the U.S. is concerned with Qatar’s continuing support of Hamas via charities and the “moral support” that Hamas receives from Al Qaradawi.

This is not the first time that Qatar has been accused by the U.S. in this way. They continually play a tight-rope game between appeasing the U.S. and ‘Islamists’ (for want of a better catch-all phrase). Perhaps they have a similar notional-agreement as was once mooted in Dubai between authorities and ‘Islamists’: ‘use our city for transit or occasional respite, but don’t do anything here’.

The Emir believes that Hamas would accept the 1967 border with Israel but cannot currently do so lest they lose popular support. Senator Kerry confirmed that he had heard similar sentiments in Damascus.

HBJ, in another round of the ongoing Egyptian-Qatari tiff, suggested that Egypt has “a vested interest in dragging out Palestinian reconciliation talks for as long as possible.”

Firstly, because of the visit of the Head of the Army to Iran where, he believes, Qatar agreed to too much cooperation with Iran.

Secondly, because Qatar has consistently refused to supply Bahrain with Gas. He claims that Qatar have said that they do not have spare supply but notes new agreements signed with various countries.

I can only assume that this is a simple disagreement over price. Earlier this year Kuwait balked at the price that Qatar wanted for gas. Both expect, I believe, some kind of ‘brotherly’ GCC, wasta-like discount.

King Hamad also suggested that he would like “our brother in Saudi Arabia to send a note telling Qatar not to play like this [re: Iran].” This suggests that Hamad has a rather longingly antiquated view of the Qatar-Saudi Arabian relationship.

The Embassy in Doha judges that food security is “a key national priority” for Qatar and a growing one for the Arab region. (Perhaps a summation of interest to those with an interest in the ‘widening’ security debate.)

One of my favorites so far:

In a conversation between the U.S. and Chinese Ambassadors in Bishkek over the topic of the Chinese seeking to offer inducements to prompt the Kyrgyz authorities to not renew the Manas Base, one cable reports that:

Very uncharacteristically, the silent young [Chinese] aide then jumped in: Or maybe you [Americans] should give them $5 billion and buy both us and the Russians out.” The aide then withered under the Ambassadors’ horrified stare.

What a curious outburst. Here’s hoping that he’s not been reassigned to a post in the middle of the Gobi desert.