GCC and Korea: When Silence is not Golden

It is disturbing that the crisis in North Korea is moving forward with very little comment from the Arab world. 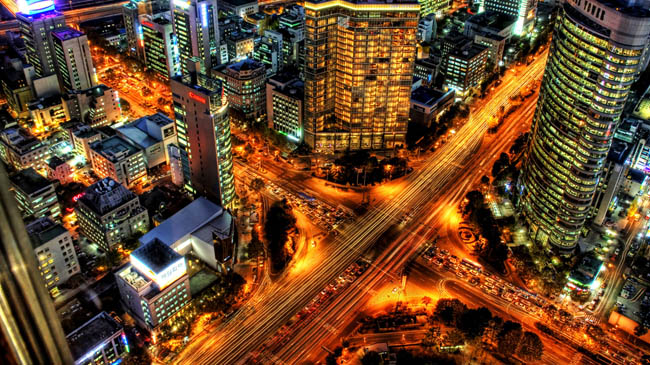 Caption: The Gulf is at a new crossroads with Asia, and the tensions in the region should be a greater focus within the GCC. Image: Seoul, capital of South Korea.

Many Gulf states have close economic relations with South Korea, which are improving and may even become more strategic for both sides, but the cultural distance means there is little political affinity. There is plenty of goodwill and Gulf businessmen have a lot to say in praise of South Korea. There are regular trade missions that include companies of increasing importance, such as the third UAE-Korea Economic Partnership Forum, which is due to be held in Seoul next month and which will include 80 UAE-based firms.

South Korea is benefiting from the major strategic shift in the Arabian Gulf as the Arabs recognise that their long-term customers for oil will be in Asia, and not in Europe or North America. Many state companies, as well as private entrepreneurs, in the energy business from the UAE have started to nurture their contacts in the energy thirsty-giants of China, South Korea and Japan.

The UAE-Korea economic relationship is growing fast and there are more than 300 South Korean companies registered in the UAE with more than 12,000 South Korean residents in the country. The number has been boosted much by the massive project to build the Al Barakah nuclear power station in Abu Dhabi. Other trading companies treat Dubai as their base from which to do business across the entire Middle East and Africa region.

However, these close economic relations have not translated into active political support. The Arab states are simply too far away to have any strong opinions of their own on the great Asian questions and their cultural distance from the Asian states have not given them a natural starting point. This gap works the other way as well, and South Korea, like most other Asian nations, has not taken active positions on the major issues in the Middle East like Palestine, the Iranian nuclear programme, the unfolding Arab Spring or the burgeoning civil war in Syria.

But their silence does not mean that the Arabs and Asians dislike each other or want to work against each other. It simply means that they are too far apart to have an active opinion, although they will most probably all vote the same way if something comes up in the UN. The Arab states have very little to do with North Korea and will not support its threats in any way.

However, as the rogue regime in North Korea, under its young leader Kim Jong-un, makes increasingly wild threats of using its weapons, including nuclear ones, the Arab states should speak out more clearly that they see this as wrong. That will both make clear where they stand on the issue and also do their economic allies in South Korea a considerable favour by helping articulate world opinion into an active consensus that Kim’s regime is very wrong.

And there is a clear route forward for all to support. The new Chinese government of Xi Jinping needs to be encouraged to reign in Kim and his coterie of backers from his family and senior North Korean generals. Many agree that Xi is taking a tougher line with Kim’s regime, but this has not been made clear and it is not obvious that China is putting enough pressure on North Korea.

‘Huge mistake’
The US Secretary of State, John Kerry, was recently in South Korea, just before visiting China, and he berated Pyongyang’s “unacceptable” rhetoric and warned that any missile launch would be a “huge mistake”. But he also took pains to stress that the US backs South Korean President Park Geun-Hye’s initiative to reduce tension and seeks constructive talks with the North. This is where world opinion can unite to support such a move and help reduce tension in the Korean peninsula — and the entire Asian region.

The island disputes are in a category of their own as they seem almost intractable. If they are left out of mainstream politics, the disputes will do no great harm, as has been the case for decades. But if brought into the centre of foreign policy discussions in the Far East, they can cause serious damage to the existing web of good relations between all Asian nations.

The situation in North Korea deserves effective action to stop the rogue regime from making threats, while the two island disputes need a more measured period of calm reflection.

What is clear in all these cases is that the Arab world needs to pay more attention to the concerns of its new friends.