A View From Iran: Syria and the Arab League 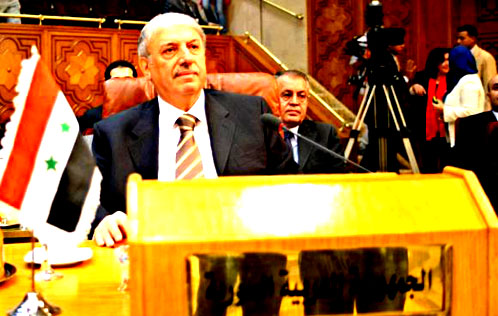 In an unprecedented move, the Arab league has decided to suspend Syria and call for sanctions on the country. It is an act heavily influenced by the West by those who should be leading the region in terms of ideas, not submitting to a foreign power’s.

It is not difficult to conjecture the move could be a prelude to a US-led military intervention in Syria in the style of Libya, which in turn could precipitate an eventual war in the region. It hardly needs saying that the Arab League would have acted with calculated wisdom and prudence, and voted against the motion if it had thought about the consequences of such irrationality.

The decision comes at a time when President Bashar al-Assad has accepted the reforms proposed by the Arab League.

A statement, read by the Qatari Prime Minister, Hamad bin Jassem al-Thani, said the League had decided “to suspend Syrian delegations’ in Arab League meetings” and to implement “economic and political sanctions” against Damascus.

Sheikh Hamad said the suspension would last “until the total implementation [by Syria] of the Arab plan for resolving the crisis accepted by Damascus on November 2.”

In response to this move tens of thousands of Syrians poured into the streets of Damascus, Aleppo, Latakia, Tartous and Hasakeh to protest against the Arab League’s statement which they see as clear betrayal of their country.

There is no doubt that there is grass roots demand for social and political reforms in the country, but the situation is no worse than in other Arab countries where the hope for reform is zero. For the Arab League to add its voice in calling for reforms is one thing, but demanding the ouster of the ruler is a horse of different color.

As the situation stands in Syria, there is little demand for the ouster of President Bashar al-Assad. However, western powers are calling on the Syrian president to step down. The influence of western media on international public opinion is so powerful Syrians themselves are reluctant to see a foreign hand manipulating the events.

Reports reveal that the US and Israel have hired Saudi elements and the Saudi-backed Lebanese March 14 forces to foment tension in the country, and create a rift between the Syrian people and the government. Washington is monitoring every move with minute precision as the fate of Syria is politically of paramount importance to its empire. Syria presently serves as an ally for Iran and poses a danger to the Zionist regime of Israel.

Apart from Washington that clearly cherishes the idea of overthrowing the regime of Bashar al-Assad and installing a puppet regime in Syria, doing so also serves the interests of both Israel and Saudi Arabia. For Washington and Israel, the ouster of al-Assad will ensure the two regimes’ desire to contain the ever-increasing influence of Iran. For Saudi Wahhabis, it serves a similar purpose: the Saudi Wahhabis hold the Shia Muslims in abhorrence and make every possible effort to create Shiaphobia in the world.

To the Wahhabis, Shias and moderate Sunnis are infidels. This irrational view has been a prime motivator for Wahhabis to stoke up the unrest in some border cities in Syria. In a similar vein, Saudi Arabia fully backed the Bahrain authorities in clamping down on protestors. This double standard in Saudi policy deserves due attention: It backed the Bahraini regime which spared no efforts in quelling the pro-democracy protesters, while on the other hand, it has funded and backed the insurgents in Syria to overthrow the regime.

It seems that democracy is defined differently in different contexts.

It’s time we made a choice. Either we should choose to remain ignorant, or we need to open our eyes to the reality of things as they actually are.

Dr. Ismail Salami is an Iranian author and political analyst. A prolific writer, he has written numerous books and articles on the Middle East. His articles have been translated into a number of languages.