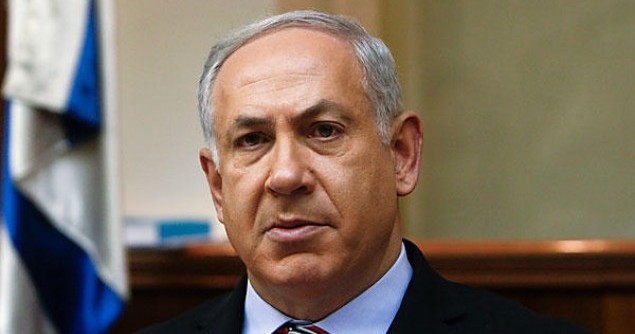 Haaretz is reporting that Bibi Netanyahu is telling foreign leaders that Hamas has two choices: to stop rocket fire on Israel or prepare for war.  The terms for the ceasefire are entirely favorable to Bibi: Hamas will end rocket fire, agree to no more attacks on its troops at the border fence.  It will get in return: nothing.  Except no invasion.  Gee, sounds like a straight-up deal to me.

I want to make clear that I’m not directly engaged in this issue as a Palestinian or a Gaza resident, so I don’t have skin in the game so to speak (except moral skin).  But if you were a Hamas leader, after losing your top commander, would you take this offer to avoid an invasion?  Yes, a ground assault would cause great suffering for Gazans.  More babies will inevitably die.

But think of the alternative: Israel invades.  It mucks around in Gaza for a week or two, kills another few hundred Gazan civilians, has little or nothing to show for it in terms of military advantage.  Hamas gets to stand tall in its resistance to Israeli oppression burnishing its credentials among the Arab-Muslim world.  It gets the sympathy and support of the Arab world.  At the end of that time, there will still be a ceasefire, but one bought at a much higher price for Israel in opprobrium from the international community.

Further, note that there is no mention from the international leaders supposedly so concerned about de-escalating the conflict of ending Israel’s siege against Gaza.  That is truly a point Hamas might be interested in negotiating.  But no one’s interested in Gazans.  They’re much more interested in maintaining a minimal level of stability in the region so the whole damn thing doesn’t blow up in their faces like the Balkans did.

I note that the ceasefire Bibi is calling for is precisely the same one offered by Hamas to Bibi BEFORE he murdered Ahmed Jabari.  So what does Bibi get out of it if Hamas caves?  He gets a dead Hamas commander whose scalp he can use during the election, a ceasefire and calm leading to the elections, a Speak Loudly and Carry a Big Stick image for those elections, and only three dead Israelis.  Not to mention that those few days of fear for Israelis living in bomb shelters will remind them it was Bibi who brought them out of them.  A little fear and paranoia benefits politicians of Bibi’s stripe.

Wholly cynical, wholly calculating, wholly brilliant in the ultranationalist political context that is latter-day Israel.  The only thing that can break this cycle and batten Bibi about the head a bit is Hamas resistance to the offer, an Israeli invasion, and the subsequent finger-pointing that would result from Israel’s failure to gain any substantial benefit or advantage.