Game On in Tunisian Election Campaign 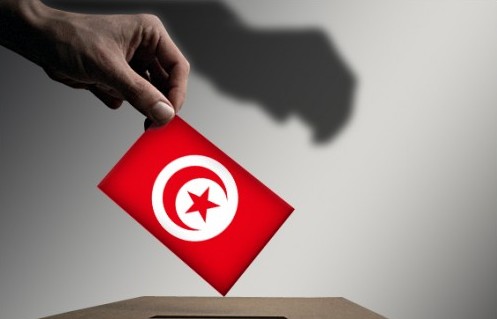 Westerners and Tunisians alike are all fired up over who might come out well in the country’s 23 October election.

The Washington Post has an article on the anxiety of the PDP and other secular parties over the ban on campaign ads in Tunisia and how the ban has hindered their ability to reach beyond their core urban and semi-elite demographic, and how they have tried to cope. The big fear is that an-Nahdah, Tunisia’s dominant Islamist party, having launched an able grassroots campaign and has used religious institutions and infrastructure to spread its message, will be the main (if not only) beneficiary the ban. In short, the can be read as an anticipation of a strong showing by an-Nahdah (as most of observers have for some time) and the ongoing relative weakness of ‘secular’ parties of the center left, left all the way through to the right wing.

Around half of Tunisians remain ‘undecided’ as to how they plan to vote in the country’s upcoming election for a constituent assembly. The article suggests the ban on campaign ads might have something to do with this and it probably does. It is a good illustration of the mutual suspicion between the parties in the new Tunisia and likely to bigger systemic challenges the country is facing in reorganizing itself.

Sarah Mersch, in Qantara, has a more in depth take on the ban and the overall climate:

Over 100 parties have been registered since the overthrow of the previous regime on 14th January, and around 1,700 electoral lists are standing in the 33 constituencies.

Campaigning has been going on since the beginning of October – under strict rules: each candidate can present his programme in a three-minute television spot, and each list presents its candidates in carefully marked, numbered squares on the walls of houses.

There are no big posters or fancy TV spots, and the press has not been allowed to interview the candidates since the start of the campaign. Every party and every list should have the same chance to help build the new democratic Tunisia, without any distinctions due to their access to the media or their level of financial support.

All the same, many of the squares on the house walls are empty, since the smallest parties don’t even have the money to buy the paper to print their lists on or the supporters to stick them up.

In the centre of Tunis, Amin is standing in front of a row of black squares, numbered from 1 to 79. That’s the number of lists standing in his constituency, Tunis 1. He’s a 24-year-old mathematics student, and in two weeks he’ll be voting for the first time in his life. But he still doesn’t know who to vote for.

“If I can’t decide,” says Amin with a shrug, “I guess I’ll vote for Ennahdha.” He doesn’t actually have much sympathy with the moderate Islamist party, “but at least they’re all honest: they were all in prison until the revolution. The other parties are full of former members of the RCD.”

From the Post‘s standpoint this sounds ‘ominous’ indeed. Things are more complicated, though, and the ‘danger’ might be less in an an-Nahdah triumph than in a overwrought reaction to their victory. And, as Mersch writes, the self-perception and behavior of the left-wing and secular parties themselves may have as much to do with their relatively shoddy showing as an-Nahdah’s competence in campaigning or the strength of its message.

No-one doubts that the Islamists will end up as the strongest group. Around a quarter of the seven million voters said in recent surveys that they’ll vote for Ennahda (Uprising). The two liberal-left parties, the PDP (Democratic Progress Party) and Etakatol (Democratic Forum for Work and Freedom) each get around 15 percent. The third of the established opposition parties from the time of Ben Ali, Ettajdid (Renewal) has joined with four other liberal-left parties to form an alliance, Al Qotb (Democratic Modern Pole).

Then there are many other smaller parties; currently there are altogether some 40 left-wing liberal parties in Tunisia. Many of them have very similar programmes, but, aside from Al Qotb, each of them is standing on its own.

According to the blogger and journalist Haythem El Mekki, “These splits between the parties are unfortunate, since the Left is historically strong and ought to be the most powerful force. But everyone wants to do his own thing.” The best example of that is the PDP. “The party is completely caught up in the personality cult of its chairman, Nejib Chebbi, and refuses to join any coalition.”

Ben Sedrine fears that, after the election, Tunisia could suffer an “Algerian scenario,” with a covert military dictatorship. “I’m worried about the counterrevolution,” she says. “Perhaps these forces will try to attack the polling stations on election day itself, in order to stop people from voting, so that insecurity will lead many to stay at home.”

Both El Mekki and Ben Sedrine agree that the forces of the old regime are a bigger problem than the Islamists. As El Mekki says, “The problem isn’t Ennahda, but the hysterical reaction provoked by the party.” At least on paper, Ennahda presents itself as moderate; it even says that the existing Tunisian law which guarantees wide-ranging equality for women is something worth preserving.

This polarization should be more worrying than the popularity of an-Nahdah itself. There’s more to the story, though. Eileen Byrne, friend of the blog, has a fine piece in the Financial Times on the election. She notes that the communist PCOT has taken to calling itself the Revolutionary Alternative (al-Badil, which is also the name of its newspaper and website) and is even fielding a candidate with a headscarf (the Algerian Workers Party also does this). Some of the left wing parties have moderated their tone on religion in recent months, fearing that their secularism might scare off religious voters who might otherwise vote for them. An-Nahdah has not been alone in trying to reshape its image adjust to the new context. They are likely to benefit the most from having so, though.

This blogger will make no predictions on Tunisia and at this stage has nothing to add beyond the obvious and a few posts on communiques and lists from one or two of the leftist parties, following interests noted on this blog earlier this year, which will come in the next few days.

To complain, not about Mersch’s report, but about the Post‘s. One finds the focus on ‘secular’ versus ‘Islamist/religious’ politics somewhat frustrating: aside from this line of division what else do Tunisians think about? Sympathy — passive or active — for a party like an-Nahdah and the wide popularity of left-wing as opposed to economically right-wing parties in Tunisia looks speaks to a desire for  a kind of moral economy which journalists ought to investigate more aggressively. What do people know about an-Nahdah’s economic program? What is an-Nahdah’s economic program as compared with the PDP’s or Attajdid or the other parties? Are there policy differences beyond women’s issues or what the country would ‘look like’ on the sliding scale between ‘Turkey or Iran or Afghanistan’? Whose responsibility do the parties believe it is to provide social or welfare services? What does an-Nahdah’s grassroots campaign look like? Political science students often study campaign tactics; these are obviously important in all competitive elections. How are the other parties’ campaigns structured beyond posters and ads? What sort of people show up to support them?

All basic questions one struggles find answers on Tunisia’s campaigns; there is too much focus on the parties themselves, not enough on their followers. This will hopefully change as more and more journalists and writers make their way to Tunisia to cover the election and the ones already there get more attention. Of course Tunisia will suffer from short word counts and it lower ranking in English-speakers’ list of priorities. This is generally changing, though. Al Jazeera English has a good list summarizing the major parties here.