“Game Changer”: Is This The Phrase That Will Haunt Obama? 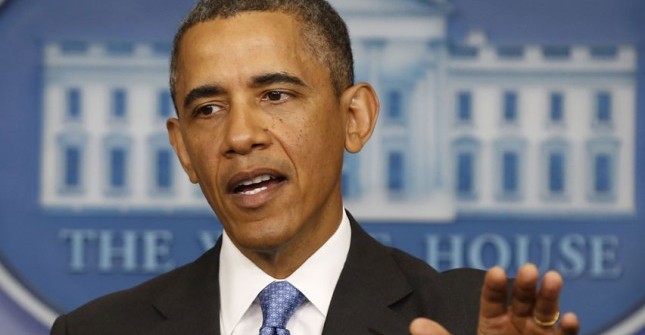 There is always a problem with drawing a line in the sand, especially the shifting sands of Middle East conflicts. President Obama is surely aware of this now, after unguardedly saying that use of chemical weapons by the Syrian regime would be a “game-changer.” The devastation in Syria, where the death toll is now estimated at around 93,000, is no game for the people of Syria or its neighbors, who are absorbing hundreds of thousands of displaced Syrians. In hindsight, President Bush’s “Mission Accomplished” banner summarizes with non-ironic ineptness of his administration’s handling of the last (hopefully the last) Iraq War; will “Game Changer” haunt Obama’s record for future historians? To be blunt, is “game-changer” morphing into “game-on”?

In the rhetorical build-up to the last Iraq War, the hawkish mantra was WMD. Forget the fact that the U.S. gave tactical support to Saddam’s regime in his bloody 80’s war with Iran or had the opportunity to take him out in the earlier Iraq war. The intelligence icing on the “yellow cake” was that Saddam had become a threat to the U.S. (surely Israel was not absent in the equation), even though he had zero to do with 9/11 and was intolerant of any Islamic extremism at home. Although Libya did not seem to have WMDs, it did have the crazy loon Qaddafi, an easy target for removal by an air campaign of the U.S. and its NATO allies. Tunisia and Egypt sprung out of their respective dictatorial nightmares on their own, as the U.S. was basically reduced to observer status. The conflict in Yemen drones on, with the Saudis and the GCC doing the dirty work to redesign Yemen. Forget about changing the scene in Bahrein, where the U.S. docks its naval ships.

So the focus now is on Syria. Well, not just Syria. Protests in Turkey demonstrate that Ataturk’s secular ghost is not content to rest in a historical mausoleum; nor are the Kurds content to be ethnic Turks in perpetuity; nor is Erdogan’s Islam-on-the-sleeve governance a done deal for a diverse population. Iran is today finishing up a rigged-from-the-start election, where the winner will be yet another ayatollah-you-so. And what about Palestine? The Western gaze is off Gaza these days; peace talks and rumors of peace talks seem destined for yet another West Bankruptcy. Oh, and Sudan is hardly a candidate for a Nobel Peace Prize, as conflict between the north-south split smolders.

The next move for the United States will stink, no matter what is done. Next to nuclear annihilation, the specter of “poison gas” has no equal. Was Bashar al-Asad dumb enough to actually deploy such a last resort when his arsenal of standard military fare seems to be a bottomless pit, helped along with weapons from the friendly (for the moment) American-hating (for the foreseeable future) regime in Iran. Even Hezbollah has rallied to save the dictator of Damascus. In chess the setting would be one where one side has all its big players intact, but all are trapped behind the pawns except for the jump-happy knights (Senator John McCain, for example). The U.S. or Israel could take out Bashar in no time at all, if either really wanted to; the question is how many pawns would have to be sacrificed.

So, if it is “game-on,” what will the rules of engagement be? If it is really the case that al-Asad used poison gas already, would he not have a much greater incentive to use it again if bombs are raining down on his facilities like they did in Libya? There is another player out there who has a vested interest in the outcome: Russia has backed Syria to the hilt and is not likely to stand by idly and watch the current regime taken out. There are also the Islamic extremist mercenaries, some from other countries, who are as eager to bring down another anti-caliphate dictator as the Russians are to keep him in power. At this point, it is hard to see who could possibly be a winner. Al-Asad may cling to power, but he is unlikely to regain the control he had before the Arab Spring. The opposition is widespread, but not likely to be unified any time soon. Meanwhile the pace of about 5,000 Syrians killed per month shows no signs of abating.

Game-on, Mr. President? Remember “Bring it on!” from the lips of your predecessor? The ball is in your court, but it’s not exactly a free throw from where you are in the White House.