Egypt: Looking At It Like a ‘Crotchety, Old Man’ 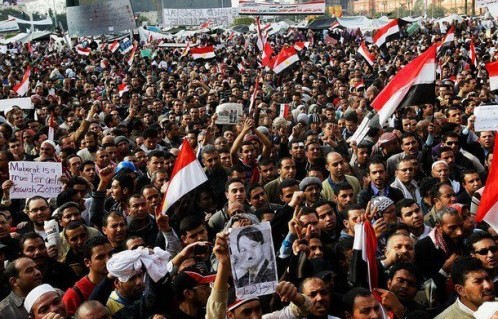 Back when all this started, like a crotchety old git, I bemoaned the perils of Egypt’s transition. Of course it is a good thing that Mubarak is gone, I said to anyone who would listen, but I have a great and profound fear that people automatically expected things to get better…immediately. Sure, Mubarak retarded Egypt’s growth, say, or certainly he and his crony-elite creamed off billions which ought to have trickled down, but simply removing him will change sweet FA in the near term.

The fact that it was a largely youth-led revolution, combined with my crotchetyness, made me even more concerned. I tritely mashed together notions of the MTV generation’s legendary attention span (measured in seconds) and general youth attributes of impatience and impetuousness, to conclude that when everything didn’t suddenly end up smelling like roses immediately, there would be another flare up of indignant anger. Indeed, this chronic youthful naivety was profoundly in evidence at the Al Jazeera Forum in Doha earlier in the year, with at least one of the ‘Egyptian youf’ noting that it was only a matter of time before Pan-Arabism was revived off the back of the Egyptian revolution. Bless.

Well, perhaps my melancholic fear is coming true. While I’m well aware of Fisk’s penchant for exaggeration these days, he perhaps might have a point here.