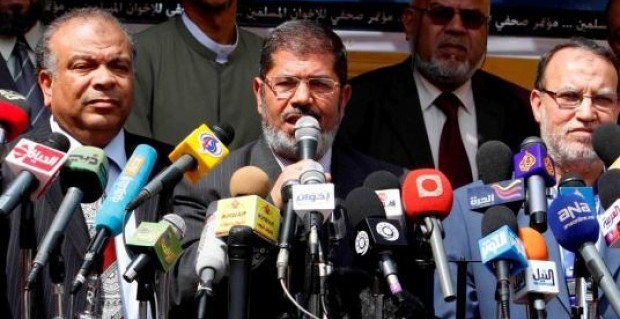 Recently, Muslim Brotherhood leaders in Egypt have repeatedly made calls for a new coalition government, which would represent all parties in parliament. Can Egypt benefit by adopting the concept of coalition rule? The answer, I believe, is yes. Building a coalition simply means inviting parties who would be in opposition to each other to share power as well as responsibility. Several European countries and Turkey use this model. So why not Egypt?
The political climate in post-revolutionary Egypt demonstrates that the country is in need of parties joining together to share power and responsibility. Islamic political parties, seeking a formal role for Islamic ideas within the political system, won overwhelmingly in Egypt’s November-January elections and were consequently guaranteed a free-floating majority in the newly-formed parliament. Conversely, liberals and left-wing parties ended up with few parliamentary seats and scattered public support.

Islamic political parties coalescing with liberals would gain what political scientists call a “policy continuity” – namely the ability to carry out long-term plans with less chance of rivals making abrupt changes. Such continuity is exactly what Egypt needs now. The Muslim Brotherhood’s national Nahda (Renaissance) Project for example, comprises a vision for Egypt’s administration, education, healthcare sector and economy. However, it is an ambitious project that needs continuity to realise its long-term objectives for Egypt. The project’s managers must consider involving non-Islamic parties and their supporters, including top-notch professionals and talented skilled labour.

And in turn, liberal parties, which fared less well in the elections, would gain greater power to affect legislation by working with Islamic parties, and be in a better position to realise their goals – which also include furthering Egypt’s economic development.

Coalition governance and power sharing is also more likely to foster better relationships and attract outside support, especially from the West. Currently, the Muslim Brotherhood is on good terms with the West, yet this fragile truce might end any day over ideological differences. If the Muslim Brotherhood seeks to apply controversial Islamic approaches to Egyptian law, for instance, it could alienate the West. Egypt is in need of credible diplomacy (politically and ideologically) to secure good relations with other countries.

A coalition government could be what’s needed to bring in additional mainstream voices to Egypt’s political system and appease Western fears of religious extremism regarding Egypt’s future. In turn, it could possibly attract foreign aid as well as assistance in democracy-building.

The recent debacle over foreign NGOs in Egypt (in which some NGO staff were arrested, including American nationals who were later released amid public and media furore) demonstrates the importance of having a coalition government. Both Islamic parties and ruling army officials are less politically sophisticated, and less well-versed in diplomacy, than their liberal political counterparts. Islamic parties’ leaders were imprisoned for decades by the Mubarak regime and its predecessors under Anwar Sadat and Gamal Abdel Nasser. While current Egyptian army officials have long been focused solely on the military (unlike their counterparts in Turkey or Pakistan who are politically active), liberal politicians have usually been more open to the West. They have experience with diplomacy and are in a better position to resolve issues such as the unfortunate NGO crisis, which nearly cut off relations between Egypt and the United States.

Some will point out that Egypt is not used to the concept of political coalitions. Others doubt that the Supreme Council of Armed Forces (SCAF), which is in a position of appointing the government, will consider coalition governance. Yet the benefits of a coalition government are worth considering when it comes to getting Egypt’s political house in order.

In writing this piece, I remembered a dominant scene in the 18 days leading to the overthrow of former Egyptian president Hosni Mubarak last year: a conservative Muslim demonstrator standing next to a Coptic one, with everyone around them joining in the chant, “one hand, one hand”. Can we translate this slogan practically into “coalition governance”? I believe that the answer is, yes we can.

Mustafa Abdelhalim is an award-winning journalist writing for several Egyptian and international media outlets. He is now a Visiting Lecturer at the University of Westminster, with a PhD focusing on the Middle East politics and the East-West relations