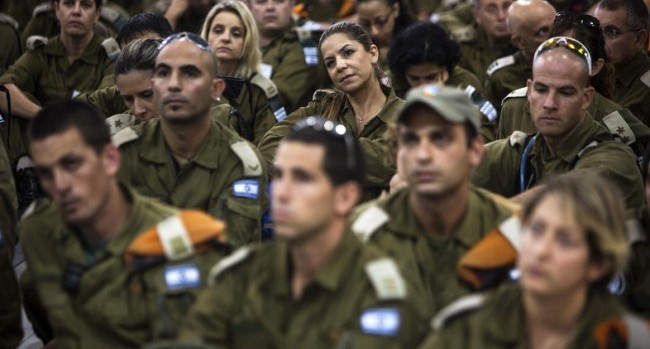 Mounting efforts by Israel to divide its large Palestinian minority along sectarian lines have heightened fears that the Biblical city of Nazareth may be about to return to the scenes of violent clashes witnessed 15 years ago.

Tensions in the city, the hometown of Jesus and a destination for hundreds of thousands of tourists each year, have risen sharply in recent months after the Israeli government unveiled plans to encourage Christian school leavers to serve in the military.

Although Nazareth and its surrounding villages are home to the bulk of Israel’s 130,000 Palestinian Christians, the city itself has a Muslim majority.

The local leadership has accused the government of Benjamin Netanyahu of pursuing a “colonial policy of divide and rule” towards the country’s 1.5 million Palestinian citizens, who comprise one-fifth of the population. “Netanyahu is playing a very dangerous game, seeking to inflame tensions so that he can pit Christians against Muslims and weaken us as a community,” said Hanna Swaid, a Christian representative in the Israeli parliament, the Knesset.

Swaid said the Israeli government was playing on fears sparked by the deteriorating situation for Christians in neighbouring states, especially in Syria and Egypt. About one-tenth of the Palestinians in Israel are Christian.

Christians in the military?

Of chief concern to Swaid and other community leaders is a plan announced last year by Netanyahu to end the exemption for Christians on serving in the military.

Christians and Muslims have long refused to enlist, arguing that they do not want to assist in what they regard as the oppression of fellow Palestinians in the occupied territories. In a special video message released on Christmas Eve, Netanyahu referred to the local Christian population as “loyal citizens” and urged the youth to enlist. Most controversially, he added that a political movement recently founded in Nazareth to lobby for Christian conscription would ensure “protection to supporters of enlistment and to the conscripts themselves”.

Swaid said: “The implication from Netanyahu is that he supports the establishment of Christian militias. He is trying to sell this to Christians with the idea that Israel will arm and train you to defend yourself against your Muslim neighbours.”

In a related move this month, it emerged that Yariv Levin, chair of Netanyahu’s governing coalition, had proposed a new classification of “Christian” on identity cards. That would effectively create a special Christian nationality, leaving only Muslims to be identified as “Arabs”. Levin has said he sees the move as a prelude to creating a special education system for Christians separate from the current Arab one.

Meanwhile, a small group of Christians in Nazareth allied with the government, and led by an Orthodox priest, has declared its intention to build a 30-metre-high statue of Jesus on a hill overlooking the city, in an effort to create an Israeli version of Rio de Janiero’s imposing figure of Christ the Redeemer.

Threatening to further strain relations is a recent agreement by the government to establish a branch of a US university in Nazareth, using funds raised by Christian Zionists. Their leader, John Hagee, who is known to be close to Netanyahu, has been a longtime financial supporter of settlements in the occupied territories.

Finally, Nazareth is still reeling from a mayoral contest in October in which the two front runners were separated by a handful of votes. Although Ramez Jeraisy, a Christian and the mayor for the past two decades, and his Muslim challenger Ali Salam represent non-sectarian parties, the highly contested result has exacerbated tensions.

Jeraisy is receiving police protection after gunshots were fired at his house last week. A short time later a Nazareth youth was arrested for incitement after posting a cartoon of Jeraisy being shot dead.

The sensitive relations between the two religious communities in Nazareth are in part a legacy of the 1948 war that established Israel. As the advancing Israeli army expelled Palestinians from villages in the Galilee, some refugees fled to Nazareth seeking sanctuary. The influx of Muslims permanently altered the demographic balance of the city.

Today, Nazareth, the largest Palestinian city in Israel with 85,000 inhabitants, has a two-thirds Muslim majority. Although Israel has tightly limited the city’s room for expansion, Nazareth serves a surrounding population of a quarter million and is viewed as the unofficial capital of the Palestinian minority.

Sectarian conflict in Nazareth first came to public attention in the late 1990s, when Netanyahu was also prime minister. He was widely blamed at the time for inflaming tensions in the city. On that occasion, the government intervened in a dispute over an empty lot next to the Basilica of the Annunciation, the enormous church marking the spot where many Christians believe an angel told Mary she was carrying the son of God.

As the city prepared for a visit by Pope John Paul II to celebrate the millennium, a group of Muslims claimed the site was land belonging to an Islamic trust before 1948 and should be used to build a large mosque. In an unprecedented decision, two ministerial committees set up by Netanyahu agreed to the mosque project. Tempers flared, and by Easter 1999 street fights between Christians and Muslims made headlines around the world.

In the end, the government stopped the mosque from being built and instead developed it as a public square. Nonetheless, the site is still a source of simmering tension, with several hundred Muslims using it for midday prayers every Friday.

Many Nazareth residents have grown increasingly fearful that the city may be heading back to the dark days of the late 1990s. “Netanyahu has form on this issue,” said Mohammed Zeidan, the head of the Human Rights Association in Nazareth. “His fear is that we as a community, especially the youth, are becoming more organised and united, as well as more effective at exposing the discriminatory policies of the state.”

Zeidan highlighted the recent success of mass protests that forced Netanyahu to shelve a government scheme, the Prawer Plan, to expel tens of thousands of Bedouin from their homes in the Negev. “He sees the community as a problem and the best way to deal with us is to set us at each other’s throats.”

The issue of Christian enlistment first surfaced a year ago, when the defence ministry quietly staged a conference on the issue in the neighbouring Jewish city of Upper Nazareth. Christian Scout movements were invited – and to the consternation of many Christians, three local priests also attended.

Currently among the Palestinian minority, only young men from the small Druze community are conscripted, after its leaders signed an agreement with the state in the 1950s. A few hundred more Palestinian citizens, both Muslims and Christians, volunteer for military service. However, the overwhelming majority are Bedouin, needed by the army as trackers.

Officials have recently talked up claims that the enlistment drive has led to a spurt of Christian recruits. However, a defence ministry official told the Associated Press last month that Christian volunteers had risen only marginally, from 40 a year to between 50 and 55.

‘Israel takes care of us’

Leading Christian support in the city for the government’s initiative is Bishara Shlayan, a 58-year-old former merchant seaman and the brother of the defence ministry’s officer in charge of Christian recruitment. He has set up a Christian-Jewish political movement, called the Covenant of Flags, with a logo featuring an intertwined Cross and Star of David. Jeraisy, Nazareth’s longtime Christian mayor, has called Shlayan a “collaborator”.

But, according to Swaid and Zeidan, Netanyahu has been emboldened by his success in securing the support of a prominent Greek Orthodox priest in Nazareth. Gabriel Nadaf, aged 40 and a former spokesman for the Jerusalem Patriarch, recently stated: “Israel takes care of us, and if not Israel, who will defend us? We love this country, and we see the army as a first step in becoming more integrated with the state.”

However, Azmi Hakim, leader of the Greek Orthodox community council in Nazareth, said there was almost no support for Nadaf or Shlayan. “They are a tiny minority but they are able to make a big noise because the government is giving them a lot of support and trying to create the impression that they represent a trend.” He added that the danger was that this could be the trigger for deteriorating relations between the two religious communities.

Levin, who has proposed a new “Christian” nationality on ID cards, said he was responding to pressure from Christians. “This is the only place in the Middle East where they have security and freedom of worship,” he said. “Many Christians don’t want to be known as Arabs.”

Following their agreement to conscription, the Druze were assigned a separate nationality, as well as an education system designed to inculcate “Zionist values”.

Shlayan welcomed Levin’s proposal, saying: “We are not brothers with the Muslims; brothers take care of each other.”

‘Used by the government’

Swaid said, “These people are being used by the government. A few Christians like Shlayan have bought into the false promise that if they serve they will get special favours. But we only need to look to the situation of the Druze. Their youth have been conscripted for decades and yet their communities are in much worse state even than that of the Christians.”

Claims by Nadaf that he has been the target of a hate campaign in Nazareth, including an attack on his teenage son, have been widely reported in the Israeli media. Nadaf’s leading critics, including Nazareth Christians, have been called in for interrogation by the police and warned that they are under investigation for “incitement to violence”.

Hakim said he had been called for interrogation on three occasions since he and the Orthodox council originally denounced Nadaf last year. He was also phoned by the domestic intelligence service, the Shin Bet, two hours before the council met to issue a statement against Nadaf. “They warned me, ‘This is bigger than you or the council.’ They told me not to get involved.”

Swaid said Israel’s real attitude towards the local Christian population was revealed following a request he submitted to the Knesset Speaker last month to place a Christmas tree in the parliament building. His request was rejected, with the speaker arguing that the Christian symbol would cause “offence”.

“I saw this as a test of whether Israel was prepared to give a sign of goodwill towards its Christians and to behave like a tolerant, multicultural state – in the way it expects other states to act towards Jewish minorities. The truth was clear. Whatever it says, Israel has no special sentiments towards Christians.”