‘Charlie’ Had His ‘Angels’, Now Assad Has ‘Lionesses’ 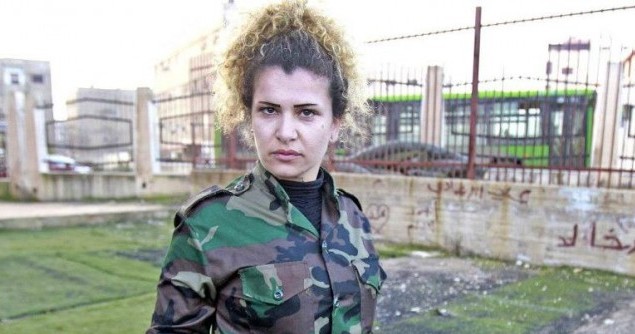 The new brigade of women is said to be recruited to man checkpoints and carry out security operations and are part of a new paramilitary force.

The “Lionesses for National Defense” have already been deployed in Homs, where they have been spotted guarding areas where residents still largely support Assad’s regime.

“The Amazonian Guard” was the unofficial name to Gaddafi’s all-female elite cadre of bodyguards also known as “The Revolutionary Nuns,” and “The Green Nuns.”

The group was formed in the early 1980s, after Gaddafi’s official resignation as Libyan head of state in favor of the title of “Brotherly Leader and Guide of the First of September Great Revolution of the Great Socialist People’s Libyan Arab Jamahiriya.”

In the 1970s, American crime drama television series “Charlie’s Angels,” the never-seen Charlie recruits three women to work for his private investigation agency. It was one of the first shows to showcase women in roles traditionally reserved for men.

“Charlie’s Angels” was broadcast in the United States on the ABC Television Network from 1976 to 1981 and was one of the most successful series of the 1970s. In 2000, it was turned into an action comedy film and followed with the 2003 sequel, “Charlie’s Angels: Full Throttle.”

But back to Assad’s Lionesses, I wonder how they reacted when they heard or read that rape was a significant feature of their government’s war on its own citizens.

What will the Lionesses do when they see elderly Syrians and Syrian women and children being killed?

What will the Lionesses do when they witness warplanes dropping barrel and cluster bombs on their compatriots’ homes and bread lines?

Will the Lionesses’ security duties be to kill more Syrians?

Back to you Lionesses — we are watching.