Assad: Now We Know Exactly Who We’re Dealing With 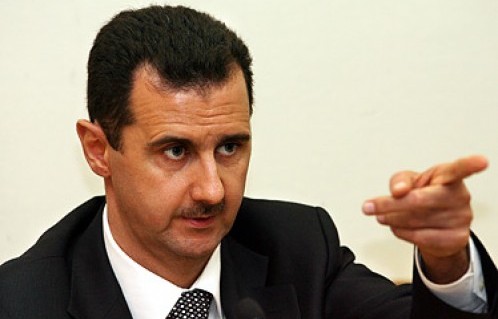 Syria’s Bashar al-Assad is admitting that “mistakes” were made by “poorly trained members of the security services” now that his body count is nearing one thousand.

I’ll give him this much: unlike Iran’s bombastic Mahmoud Ahmadinejad, he knows how to say what Westerners like to hear. He has been fooling credulous diplomats, officials, and reporters for years by pretending that he’s a critical piece in a region-wide “solution,” that he’s a would-be “reformer” stymied by his father’s “old guard,” that he’d gladly sign a treaty with Israel if only Jerusalem would act like a willing peace partner.

He is just about out of gas, though. It’s one thing to apologize because your armed forces accidentally shot civilians during armed combat. It happens. It happens even when the best and most moral armies in the world fight pitched battles in war zones. Syria, though, isn’t a war zone. It’s a massacre zone.

The uprising against him is not at all like the armed rebel movement in Libya. Not a single Syrian citizen, as far as I know, has picked up a rifle. (Not that I’d blame them at this point if they did). Perhaps a handful of people would be killed by frightened, poorly-trained, or trigger-happy security officers if something like this were unfolding in a Western democracy, but that is not even remotely what’s happening, and I doubt any serious person left in the world is willing to listen to Assad’s excuses this time.

Perhaps the biggest reason I never fell for his act is because I acquired my education about Syria from bullied and terrorized Lebanon. The reason I went to Beirut in the first place is because former prime minister Rafik Hariri had his motorcade blown up on Valentine’s Day.

One of the first people I met there during the Cedar Revolution, activist and journalist Samir Kassir, was living out the last days of his life before he was car-bombed on his way to work in the morning for advocating freedom and democracy not only for the people of Lebanon, but also for Syria. I met young men from Damascus and Aleppo who shook in terror at the mere mention of Assad’s name. By now I’ve lost track of how many monuments, graves, and memorials I’ve seen for Lebanese leaders who were assassinated by rough men from Damascus. The only people in the world who understand the Syrian regime better than the Syrians themselves are the Lebanese, and they were my teachers.

Assad is likely to hang on to power because he’s perfectly willing to kill as many people as he thinks he has to. His citizens are either unwilling or unable to mount a violent resistance against him. Western powers won’t get involved because, unlike Moammar Qaddafi, Assad has powerful friends who might want to ride to his rescue. We should expect a grim ending. But maybe — just maybe — we’ll all be a little bit wiser about who exactly we’re dealing with the next time he asks to come in from the cold.