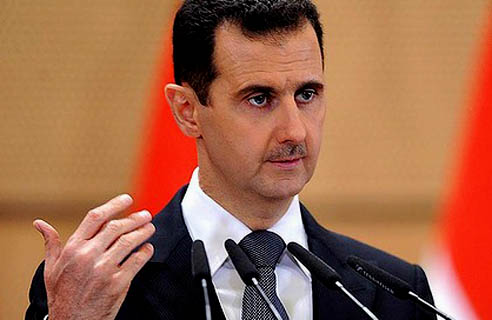 Saudi King Abdullah’s call on Syrian president Bashar al Assad to embrace reform and his withdrawal from Damascus of the kingdom’s ambassador has boosted hopes of the international community coming together to force a halt to the bloodshed in Syria.

The Saudi move has prompted other Gulf states to follow suit in pulling their representatives out of the Syrian capital and in getting the Arab League to join the chorus condemning Mr. Assad’s brutal crackdown on anti-government protesters.

As far as King Abdullah is concerned, the moves are already starting to pay off.  By helping to forge an international consensus, the Saudi monarch has put Iran, Syria’s closest ally, on the spot.

The Islamic republic has become the only player that has yet to criticize Mr. Assad’s crackdown in a week in which the UN Security Council with Russian and Chinese backing for the first time since the eruption of the protests in March condemned Mr. Assad’s violence that has so far cost some 2,000 lives. By following suit, the Arab world ensured that Iran is the last power holding out.

As a result, officials and analysts across the globe are watching closely Iran’s next move. While Iranian silence is an option, opinions are split between those that believe that Iran will publicly back Mr. Assad’s alleged battle against foreign-supported armed groups and those that feel that the Islamic republic will have to join the call for political and economic reform in Syria.

Whichever way Iran decides to go, Mr. Assad will have to take note. That is all the more true with Turkish Foreign Minister Ahmet Davutoglu expected in Damascus on Tuesday to warn Mr. Assad that his continued crackdown could lead to Turkish military and political action that could seriously weaken the Syrian president’s position.

King Abdullah’s problem with Mr. Assad is not the Syrian president’s refusal to enact reform, but the fact that he is so closely aligned with Iran and that his military has failed to squash the protests. Mr. Assad’s failure puts at risk the Saudi monarch’s concerted efforts to stymie the eight-month old people power uprising sweeping the Middle East and North Africa  and preserve the status quo to the degree possible. The King moreover sees Iran as the instigator of the protests.

The continued violence in Syria increases international empathy for the region wide demand that autocratic leaders give way to greater political freedom and increases the risk that the turmoil spills across the border into Lebanon, south-eastern Turkey and perhaps most importantly, Jordan.

Alongside Bahrain, where Saudi troops helped stiffen the royal family’s resolve to at least temporarily squash protests earlier this year, Jordan stands out as the other apparent success story in the king’s efforts to maintain the status quo.

With Jordan scheduled to next month start talks about membership in the six-nation, Saudi-led Gulf Cooperation Council (GCC), hopes that the Hashemite kingdom would emerge together with Morocco as successful examples of Arab leaders responding to popular demands for change by embracing reform are fading quickly. The invitation to Jordan to join the club of oil-rich monarchs was widely seen as a Saudi effort to ensure that Jordan did not become a model of a constitutional monarchy that would increase pressure on the Gulf states to follow its example.

Jordanian King Abdullah has skilfully played divide and rule with protesters and opposition forces since demonstrations started in January, ensuring that the protests never achieved critical mass. Playing to the king’s advantage was the fact that unlike in much of the rest of the Middle East and North Africa, Jordanian protesters are demanding reform rather than regime change.

Like King Mohammed of Morocco, King Abdullah promised to amend the constitution and election and party laws, and move to a system where political parties and not the king appoint the prime minister. While the Moroccan monarch who has shown less interest in the invitation that was also extended to his country has moved forward on such reforms, King Abdullah has yet to demonstrate his sincerity. Little, if anything has changed in Jordan. On the contrary, in some respects, government control has increased rather than decreased.

In a telling development, the government of Prime Minister Marouf al-Bikhit, appointed by King Abdullah in response to protesters’ demands for an end to corruption, has turned the fight against graft into a vehicle to stifle free speech in a bid to prevent the media from fulfilling its role of holding those in positions of power accountable. Mr. Bikhit’s spokesman resigned in June over a provision in the government draft legislation for an anti-corruption agency that would make those who spread “unjustified” rumours that lead to insulting the reputation or infringing upon the dignity” of a person punishable with six months in prison.

The provision reinforces existing legislation that penalizes the insulting of the monarch or institutions of government and contradicts the government’s alleged adoption of a hitherto unpublished revised media strategy that would reform and liberalize rules that restrict freedom of the press. Efforts to penalize journalists since the supposed adoption of the new strategy in June, documented by Human Rights Watch researcher Christoph Wilcke in a recent article in Executive Magazine, coupled with the prime minister’s draft legislation do not bode well for Jordanian reform and would seem more in line with the way Saudi Arabia handles such issues.

The case of journalist Alaa al-Fazaa illustrates the point. Mr. Fazaa’s trial on charges of “working to change the constitution by unlawful means” that are punishable with death was moved in late May from a civilian to a military-dominated state security court. His crime was to write about a Facebook group that supports reinstatement of Prince Hamza, King Abdullah’s half-brother, as crown prince. King Abdullah replaced Hamza with his own son, Hussein.

Separately, Mr. Fazaa faced criminal charges filed by police chief Husein al-Majali over an article that blamed him and the interior minister for allowing Khalid Shahin, a business tycoon convicted on corruption charges, to leave prison and the country for medical treatment abroad. Mr. Shahin never returned. The scandal sparked the resignations of the health and justice ministers, but Mr. Fazaa was charged with “spreading false rumours.” The case against him was dropped as part of a general amnesty.

Irrespective of his motives, King Abdullah has made a major contribution to enabling the international community, including the kingdom and the Arab world, to play its part in attempting to end the bloodletting in Syria. Putting Iran between a rock and a hard place with regard to its support for Mr. Assad is an equally important contribution.

The key, however, to structurally preventing further bloodshed not only in Syria but across the Middle East and North Africa is not stop gap, reactive measures but a wholesale endorsement for the need of far-reaching political and economic reform in the region and that is the very development Saudi Arabia would prefer to prevent rather than further.

James M. Dorsey, formerly of The Wall Street Journal, is a senior fellow at Nanyang Technological University’s S. Rajaratnam School of International Studies and the author of the blog, The Turbulent World of Middle East Soccer