A Glimpse Behind Syria’s Curtain of Secrecy 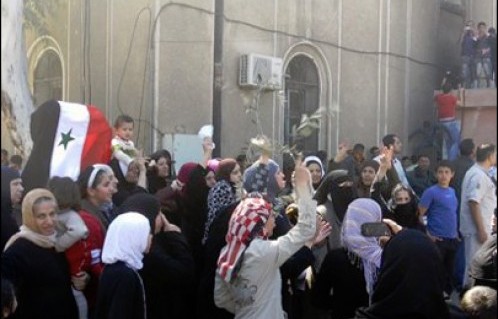 He says that 15% of the country hates Assad and 20% love him. The rest are indifferent, but they are angry with the protestors for bringing this chaos to their country. The economy is suffering badly. He was the only tourist in his hotel – massive news for a country that relies on foreign visitors.

Fletcher says there are hundreds of tanks on the streets, four at each road junction. There are police everywhere, sandbags outside government buildings and the fear is palpable.

He was pulled out of a taxi at a checkpoint and taken into a basement detention centre. He found scores of young people there – young men of fighting age are being rounded up and detained.

Go and listen to the three minute report. It is incredible.