‘A Difficult Neigbourhood’: How Qatar Manages Its Relations 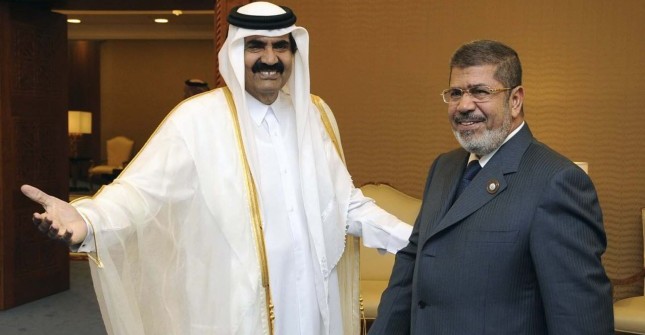 The fundamental thrust of Qatar’s foreign policy stems from two interrelated factors: the limitations of its location and the elite’s appreciation of how best to overcome these constraints. Historically, Qatar has always been a small power among larger ones and this mismatch has forced the ruling elites to seek a range of protective agreements, while maintaining as much autonomy as possible.

The latest incarnation of an external guarantor for Qatar is America, whose protection was sought in the aftermath of the invasion of Kuwait. While Qatar gratefully accepts the US security blanket, its leadership nevertheless assiduously seeks to diversify its dependency on America. Not only does this potentially offer Qatar more freedom of action, lowering its ability to be pressured by the United States, but given that history clearly dictates that each and every suzerain will eventually leave, it is prudent for Qatar to prepare for this eventual possibility.

Qatar’s Liquefied Natural Gas (LNG) export strategy is a good example of this; it’s a savvy economic policy, a good use of Qatar’s prodigious gas supplies, and it ties Qatar into the economic-energy nexus of a range of important states around the world. According to the International Energy Agency (IEA), in 2011 Qatar delivered over 2000 million cubic metres of LNG to Belgium, China, France, India, Italy, Japan, Korea, Spain, Taiwan, the US and the UK, while it delivered smaller quantities of LNG to Argentina, Brazil, Canada, Chile, Greece, Kuwait, and Mexico. This list includes four of the five permanent members of the UN Security Council and two temporary members. This is a useful set of countries with whom to have an energy relationship.

Countries like the UK, Japan, and China—who receive a significant percentage of their energy needs from Qatar—would be compelled to support the state if its energy security were threatened. In a volatile region where Iran frequently rattles the sabre, often threatening to close the Strait of Hormuz, tying such important countries into Qatar’s continued prosperity is important. Similarly, whether Qatar wants support in international forums or with international investments, relations based on deep energy-interdependence can be a stepping stone.

This rationale can also explain to some extent Qatari-Egyptian relations in the aftermath of the January 25 revolution. Before the overthrow of Mubarak, the bilateral relationship was poor with Egypt blocking Qatari initiatives in the Arab League and in peace talks in Darfur, regardless of their merits. Yet now Qatar has restarted its relations using its connections with the Muslim Brotherhood to forge a close relationship with key actors in Egypt’s new elite.

Moreover, Qatar has matched its rhetorical support with billions of dollars of aid for Egypt’s economy. By so overtly backing the new government in a time of crisis, for a short time at least the Qatari leadership can expect some combination of support for their diplomatic initiatives and plumb economic investment opportunities.

While Qatar will not be buying the Pyramids or the Suez Canal as some scurrilous reports have suggested, it may have the opportunity to invest in the Suez Industrial Zone. Similarly, there are rumors that Qatar may obtain favorable exemptions from investment laws in Egypt in much the same way that it avoided certain property taxes in France.

While it may seem unlikely for a state to operate in such a way and to expect some kind of reciprocity, the Qatari perspective assumes otherwise. Policy is perennially made at the very top of the elite structure and the personal convictions, discussions, and agreements of the Emir can have profound effects on Qatar’s policies.

Indeed, as unfashionable as it is to note the importance of an initial humanitarian impulse, given the personalized nature of Qatari politics, it may have been of key importance when Qatar so assiduously and quickly supported the opposition forces in the Libyan uprising. Yet it is not the only factor in the equation.

Aside from potential understandings of reciprocity, Qatar also boosts its image and soft power immensely by being so closely associated with the revolutionary movements, which is a potential boon, both externally and internally. And if Qatar can establish normal or perhaps privileged relationships with the new governments across the region, replacing the previously fraught relationships (i.e. with Mubarak’s Egypt and Gaddafi’s Libya) then this too may bring economic benefits with greater trade and investment.

The highly personalized nature of Qatar’s politics and foreign policy is why the recent rumored changes in Qatar’s elite (allegedly involving the Emir and the Foreign Minister) are so important. While Qatar’s strategic direction has been set by the Emir, with Qatar resolutely focusing on this international arena, always seeking to involve itself where possible, there is still significant room for personal conviction to alter trajectories. For example, the Crown Prince of Qatar, the son of the Emir and his influential wife, Sheikha Moza, will sooner or later guide Qatar’s policies by himself and has been imbued with the Qatari vision.

In the areas where he has had control of policy, notably in the sporting arena and Qatar’s food security project, he has pursued innovative and striking policies, striving to place Qatar in the midst of international discussions and events focusing these topics. Initial assumptions, therefore, can only conclude that while a future Emir Tamim may not have the zeal of his father or the current Foreign Minister to controversially propel Qatar into ever more international incidents, he is unlikely to retrench Qatar’s internationalist position.