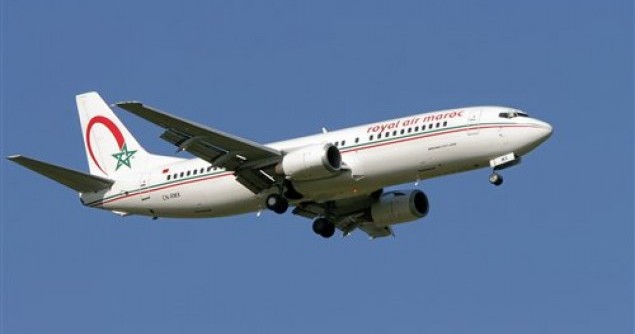 At a time when Morocco’s tourism industry is being rocked by the withdrawal of a large number of flights by low cost airlines and the failure of the National Airport Authority ONDA to sort out the mess it created with Easyjet and Ryanair, the last thing Morocco needed was international attention on its baggage handling fees. The U.S. Department of Transportation this week fined Royal Jordanian Airlines, Egypt Air, and Royal Air Maroc for violating the Department’s expanded airline passenger protection rules that took effect in January. The rules have been in place in other countries for some years and are normal customer protection standards.

Although this is a paltry amount, the Department also ordered each carrier to cease and desist from further violations. Under the new rules, all government taxes and fees must be incorporated in the fare. The rule applies to both US and foreign airlines as well as ticket agents. The Department discovered the violations during its ongoing review of carrier websites to ensure compliance with its consumer protection rules. “Airline passengers deserve to be treated fairly when they fly, and that means knowing the full price of their trip, including charges for checking baggage, as well as being given the opportunity to cancel a reservation without penalty for 24 hours after booking”  – U.S. Transportation Secretary Ray LaHood

It is ironic that the issue of handling is at the heart of ONDA’s problems with Easyjet and Ryanair. Ryanair claimed the Moroccan government’s airports authority had “reneged” on an agreement“ by imposing a new monopoly handling company on Ryanair which would have resulted in a massive increase in charges for the airline”. Just like Easyjet, the Irish company complains of increasing taxes for the use of Moroccan airports, but goes further.

Ryanair considers that by passing this measure, ONDA has violated the rules of the contract that bound them. According to Ryanair, will result in fewer flights to Morocco and the loss of 100,000 tourists per year and cause an annual loss in tourism spending and job losses for the Moroccan economy estimated at 50 million euros.