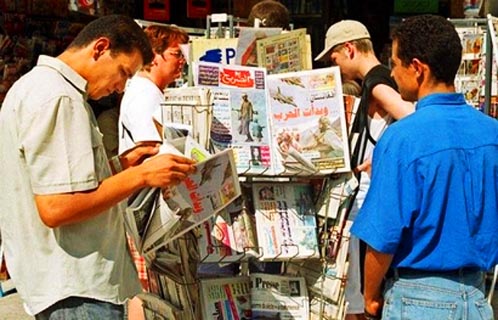 When faced with problems, most authoritarian regimes maintain a policy of rigidity when the appropriate response would be flexibility, political wisdom and concessions. This policy gives authoritarian leaders their ability to control their populations to serve the interests of a few individuals and political and military elites. It can also, however, usher their downfall, for populations can only be oppressed, controlled and punished to a point.

President Zine al-Abidine Ben Ali of Tunisia, who controlled his population with an iron fist since his arrival to the presidential palace in 1987, must have crossed that point. He was forced to flee the country amid the angry chants of thousands of Tunisians, fed up with growing unemployment, soaring inflation, government corruption, violent crackdowns and lack of political freedom. These mounting frustrations led to relentless protests throughout the country.  The government’s subsequent crackdowns only stirred emotions beyond any crowd control strategy, and eventually Ben Ali’s plane left to seek refuge outside his own country.

The upheaval in Tunisia is certainly worthy of all the headlines, media commentary and official statements it has generated. But many of these reactions contain generalizations that hype expectations, worsen an already terrible situation and provoke misguided policies. Indeed, the current political storm, dubbed both the “Youth Intifada” and the “Jasmine Revolution”, has inspired many interpretations. Some commentators wished to see the popular uprising as a prelude to an essentially anti-Arab regimes phenomenon that will strike elsewhere as well, while others placed it within a non-Arab context, noting that popular uprisings are growing in countries that struggle with rising food prices. Even al-Qaeda had a take on the situation, trying to score points to find a place in the looming political void.

Many commentators have focused on the Arab identity of Tunisia to find correlations elsewhere.  Hadeel al-Shalchi’s Associated Press article “Arab activists hope Tunisia uprising brings change,” presented the uprising within an Arab context. Reporting from Cairo, she wrote of the growing optimism among those whom she dubbed “Arab activists” that other Arab leaders will share the fate of Ben Ali if they don’t ease their grip on power. Hossam Bahgat is one such activist. He told AP, “I feel like we are a giant step closer to our own liberation… What’s significant about Tunisia is that literally days ago the regime seemed unshakeable, and then eventually democracy prevailed without a single Western state lifting a finger.”

True, both Tunisia and Egypt are Arab countries with many similarities, but expecting a repeat of a scenario that was uniquely Tunisian and implicitly suggesting that Western states serve as harbingers of democracy is illusory, to stay the least.

Now that Ben Ali is out of the picture, Western governments are cautiously lining up behind the Tunisian uprising, but hardly with the same enthusiasm of their support of the Iranian riots of June 2009. British Foreign Secretary William Hague merely denounced the unrest, calling for “restraint from all sides.” He stated, “I condemn the violence and call on the Tunisian authorities to do all they can to resolve the situation peacefully.” US President Barack Obama added, “I urge all parties to maintain calm and avoid violence, and call on the Tunisian government to respect human rights, and to hold free and fair elections in the near future.”

Clichéd statements aside, both the US and the UK must fear the repercussions of a popular uprising in an area so close to the heart of American-British interests in the Middle East. Both countries are careful not to appear to oppose democratic reforms, even if they are forced to disown their friends in the region. Their response is largely representative of official responses from many Western capitals – the very capitals that lauded Tunisia as a model for how Arab countries can help win the war on terror.

One must not let confusing media headlines sideline the fact that neither the US nor the UK had Tunisia on their radar for circumventing democracy or violating human rights. Ben Ali was celebrated as an icon of moderation, notwithstanding his atypical Arab stance on the Israeli-Palestinian conflict.

Ben Ali’s authoritarian regime was not the type that required much chastising. It was the benign kind that allowed a tiny space for secular opposition while cracking down on any Islamic opposition group. For 23 years, such practice was barely problematic, for it served the interests of both Ben Ali and various Western powers. The countless calls for respect of human rights from international and local organizations were mostly unheeded. Washington and London rarely found that irksome.

Now that the Tunisian people’s fight for rights has taken a sharp turn, many of us find it difficult to examine the specific context of this case without delving into dangerous generalizations. Western governments now speak of democracy in the region – as if there were ever a genuine concern; commentators speak of the next regime to fall – as if every Arab country is a duplication of another; and technology bloggers are celebrating another ‘twitter revolution.’

Perhaps generalizations make things more interesting. Tunisia, after all, is a small country, and most people know little about it aside from the fact that it’s a cheap tourist destination – thus the need to place it within a more gripping context. Al-Qaeda in Islamic Maghreb (AQIM) is using the opportunity to read the Tunisian uprising in a unique way. The AQIM leader, Abu Musab Abdul Wadud, has called for the overthrowing of the “corrupt, criminal and tyrannical” regimes in both Tunisia and Algeria and the instatement of al-Sharia law. This call has promoted American commentators to warn of the future Islamization of Tunisia and will likely result in Western intervention to ensure that another “moderate” regime succeeds the one that just fled.

There is no harm in expanding a popular experience to understand the world at large and its conflicts. But in the case of Tunisia, it seems that the country is largely understood within a multilayer of contexts, thus becoming devoid of any political, cultural or socio-economic uniqueness. Understanding Tunisia as just another “Arab regime”, another possible podium for al-Qaeda’s violence, is convenient but also unhelpful to any cohesive understanding of the situation there and the events that are likely to follow.