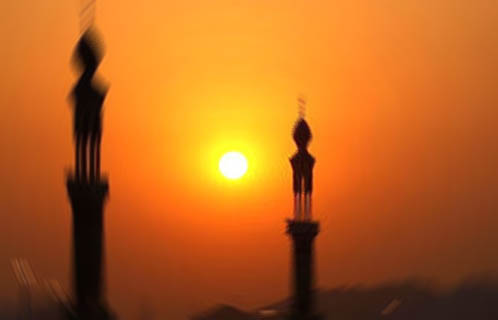 Here’s a rarity: a Saudi imam is being disciplined for attacking journalists.

It seems that the opposite is generally the rule in the Kingdom. But, as Arab News reports, the imam, Muhammad Al-Eraifi, has been reprimanded for the contents of his Friday sermons and is now open to being sued in the Saudi courts, presumably for defamation.

I do think it important that the Ministry of Islamic Affairs is the one doing the reprimanding. In the past, they’ve shown a tendency to support imams, however immoderate they might be, in the face of journalistic criticism.

Whether any journalist will take up the invitation to sue, though, is a different matter, as the case would likely be heard in a Shariah court, notorious for idiosyncratic judgments based solely on the judge’s sense of propriety and interpretation of the Sunnah.

RIYADH: The Ministry of Islamic Affairs, Endowments, Dawa and Guidance has reprimanded an imam for attacking Saudi journalists during his Friday sermon. Muhammad Al-Eraifi described them as “traitors and puppets of foreign powers,” Asharq Al-Awsat reported Thursday quoting an official source from the ministry. The newspaper said the ministry disciplined the scholar after an investigation, which lasted for a week. The nature of the ministry’s disciplinary punishment means writers and reporters are free to take legal action against Al-Eraifi.”